Did a Man Discover He Was Paying a Bridge's Electric Bill?

A man’s nightmare fight with an energy company to get them to stop charging his business for a Kentucky bridge’s electrical usage is true. 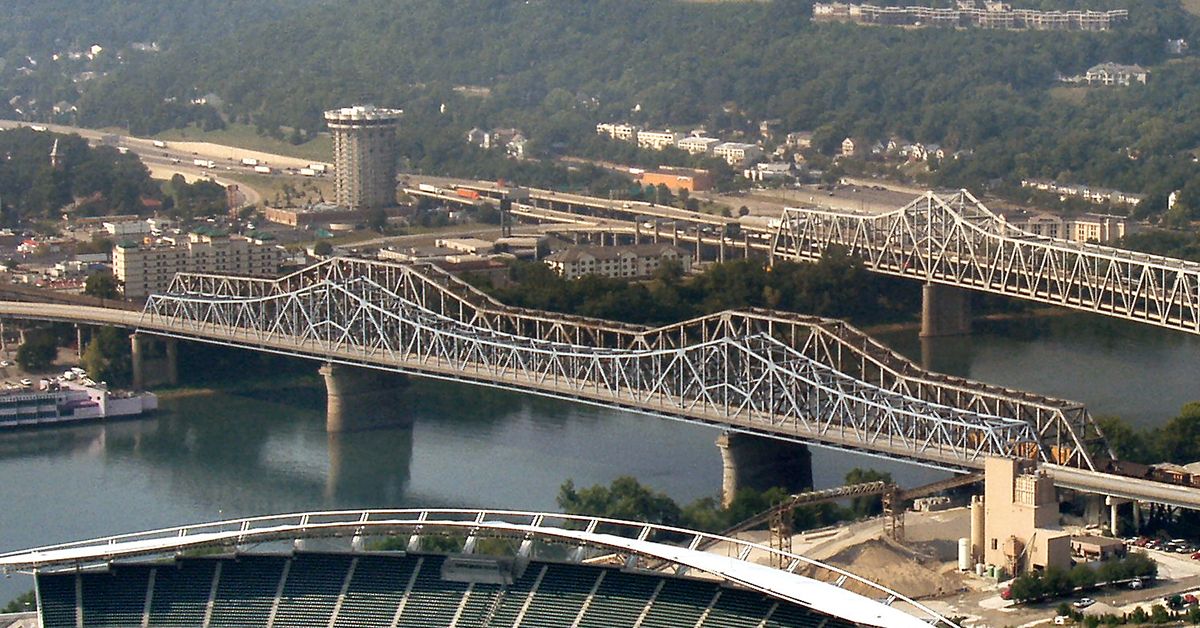 Claim:
A Kentucky business owner found out he had been paying the electric bills of an Ohio River bridge, in addition to his own, for five months.
Rating:

On 30 April 2018, the Cincinnati Enquirer published the tale of Marty Boyer, a business owner who had in November 2017 acquired a local Kentucky theatrical supply company named Theatre House, only to find out (five months in to his ownership) that he had been paying the electricity bill for the lights of a nearby Ohio River bridge. His story, originally told in a lengthy Facebook post, was picked up by the Enquirer, ultimately leading the energy company to correct and fix the incident that Boyer had been fighting for months:

Duke Energy called the Theatre House owner to apologize, said Sally Thelen, a company spokeswoman. "We were very apologetic and acknowledged that we can do better," Thelen said.

The Kentucky Transportation Cabinet [KDOT], responsible for the bridge lighting, was supposed to be billed. Duke can and will do better, Thelen said. This will be a "teachable" moment, she said. "Definitely there were some issues on our end about how we were handling instances of his billing," she said.

The news report and subsequent apology, the details of which we have verified with Duke Energy, capped a lengthy and frustrating effort by Boyer to find out where a series of mystery electric meters being billed to his business were located, why he was paying for them, and how he could stop paying for them. As it turned out, not even Duke Energy knew, originally, the whereabouts of three mystery meters being billed to Boyer, as he described:

I call Duke and share that there are 7 meters listed on my bill, but I can only find 4 connected to my building. They simply tell me these bills and meters are associated with the building. They said to call the landlord and an electrician.

[Eventually,] Duke Energy found the extra meters that we’re paying for across the street. At this point, I’ve spent about 12 hours resolving locations, on the phone and so forth. I’m not sure where these meters go to. So I’m like, screw it. Turn them off. On March 19th, they shut off the meters.

Perhaps not shockingly, shutting off these meters did nothing to the electrical situation within the Boyer’s business. But, as a Duke Energy electrician who showed up at those three unclaimed meters informed him the next day, they actually powered the lights to the nearby Clay Wade Bailey Bridge, which crosses the Ohio river:

I see a Duke electrician looking at the meters across the street. Guess what we’ve been paying for? Turns out that we’ve been assigned the meters and payment responsibilities for the Clay Wade Bailey lights. That’s right. The electrician is like, “who had these turned off?” Of course, I’m like, “yours truly.”

He proceeds to explain these are supposed to be assigned to the Kentucky Department of Transportation. Someone is going to get in trouble. Lesson here: Want to get attention, turn off the lighting on the bridge.

Feeling that victory was imminent, Boyer called Duke and asked that he be disconnected from the meters that, by Duke’s own admission, should have been billed to the Kentucky Department of Transportation. Instead, Duke Energy had to investigate further, even asking Boyer to figure out whom they might contact at the Kentucky Department of Transportation:

I’m at the end of my rope. I have a weekly reminder to call and another one to get my bill corrected. I’m open to thoughts or contacts in KDOT or Duke that can help me solve this non-sense.

It wasn’t until after the Enquirer published Boyer’s account on 30 April 2018 that Duke Energy took action. Speaking to us via email, Boyer told us that he and Duke have now begun to work out the details of refunding his account for the extra bills, which he said added about $200.00 to his monthly costs. As noted in the Enquirer, Boyer faced serious skepticism every time he told his story: "Everyone was like, this would be on snopes.com, and I'm like, no, this is real," Boyer said.