Was Paul Whelan Detained in Russia During the Trump Administration?

The former Marine was convicted of espionage and was serving 16 years. 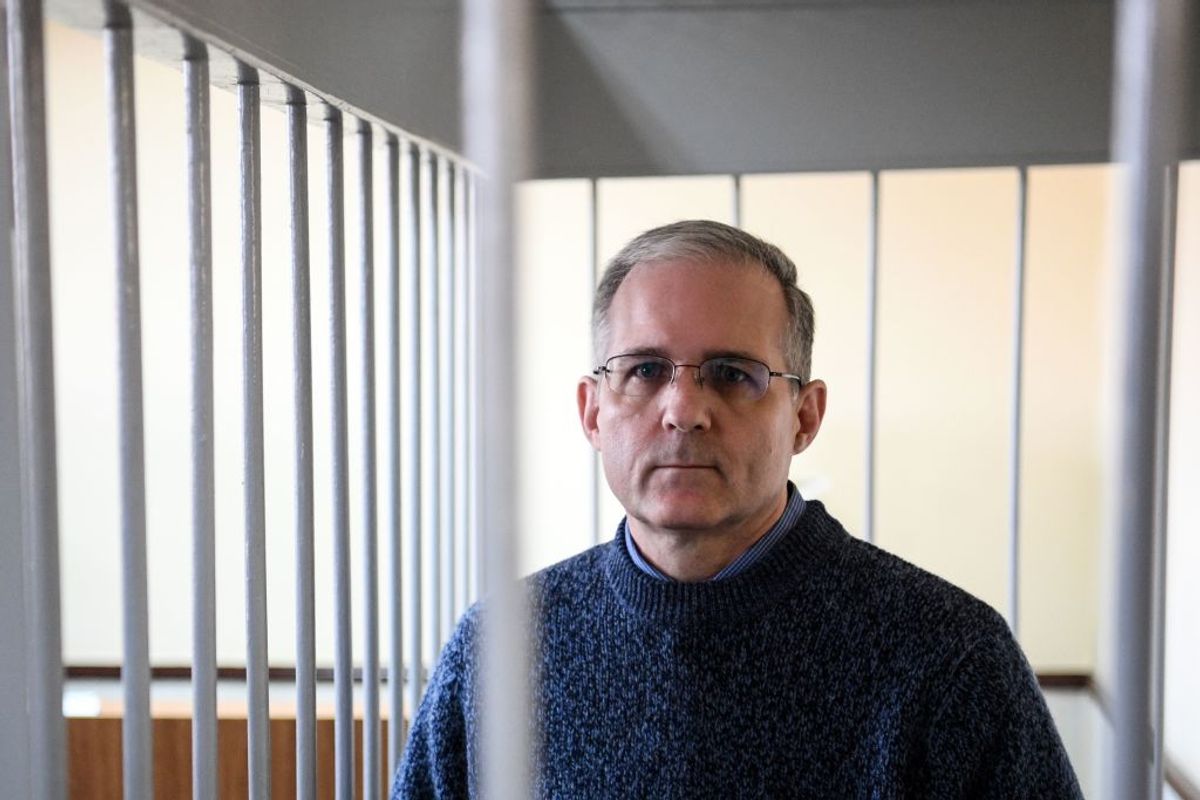 Claim:
Former U.S. Marine Paul Whelan was incarcerated in 2018 in Russia during the U.S. presidency of Donald Trump.
Rating:

As basketball star Brittney Griner was released from Russia in a prisoner exchange, many questioned why the same thing wasn't done for Paul Whelan, a former U.S Marine convicted of espionage in Russia. Griner returned to the U.S. on Dec. 9, 2022, after being held for months in Russia on drug charges. Her release was part of a one-for-one prison swap for international arms dealer Victor Bout.

Former U.S. President Donald Trump posted on his Truth Social account: "What kind of a deal is it to swap Brittney Griner, a basketball player who openly hates our Country, for the man known as "The Merchant of Death' [...] Why wasn't former Marine Paul Whelan included in this totally one-sided transaction? He would have been let out for the asking. What a "stupid" and unpatriotic embarrassment for the USA!!!"

The American ambassador to Russia was permitted to visit Whelan soon after his detention, and Mike Pompeo, who was U.S. Secretary of State at the time, said the government demanded his immediate return.

Pompeo would continue to speak out for Whelan's return during the Trump administration, releasing a statement in 2020 about his conviction, saying Whelan's treatment was "appalling" and demanding his "immediate release."

But during his administration, Trump himself was largely silent on Whelan's case. In the summer of 2019, Whelan appealed to Trump from a glass cage during a court appearance, saying "Tweet your intentions." But the president stayed silent even as Elizabeth Whelan, Paul's sister, advocated extensively on Capitol Hill for his return. We reviewed Trump's tweets from a public database and found that he never mentioned Whelan's name there.

According to Trump's former national security adviser, John Bolton, Griner's release was not a swap, but a surrender, and Trump's team refused a similar deal for Whelan. In an interview with CBS, Bolton said: "I'll just note that Paul Whelan, who was likewise set up by the Russians back in late 2018, so when I was at the White House, is still in custody. And I'll just note the historical fact that the possibility of a Bout-for-Whelan trade existed back then, and it wasn't made, for very good reasons having to deal with Viktor Bout."

Biden did address Whelan's situation when he announced Griner's return: "Sadly, for totally illegitimate reasons, Russia is treating Paul's case differently than Brittney's. And while we have not yet succeeded in securing Paul's release, we are not giving up. We will never give up."

So even though Trump criticized Biden for this prisoner swap, we should note that Whelan was imprisoned during Trump's own administration, and that Trump refused to give up Bout in a potential exchange back then. We therefore rate this claim as "True."

Fung, Katherine. "Trump Attacks Biden for Not Doing Something He Failed to Do Himself." Newsweek, 8 Dec. 2022, https://www.newsweek.com/trump-attacks-biden-not-doing-something-failed-himself-1765786. Accessed 9 Dec. 2022.

"'This Is Not a Swap, This Is a Surrender': John Bolton Takes Flamethrower to Brittney Griner Deal as 'Huge Win for Moscow' Over Biden." Mediaite, 8 Dec. 2022, https://www.mediaite.com/tv/this-is-not-a-swap-this-is-a-surrender-john-bolton-takes-flamethrower-to-brittney-griner-deal-as-huge-win-for-moscow-over-biden/. Accessed 9 Dec. 2022.