Did Pat Robertson Sharply Criticize Police Use of Force?

The 91-year-old evangelist surprised some with his scathing criticism of police in recent, high-profile incidents. 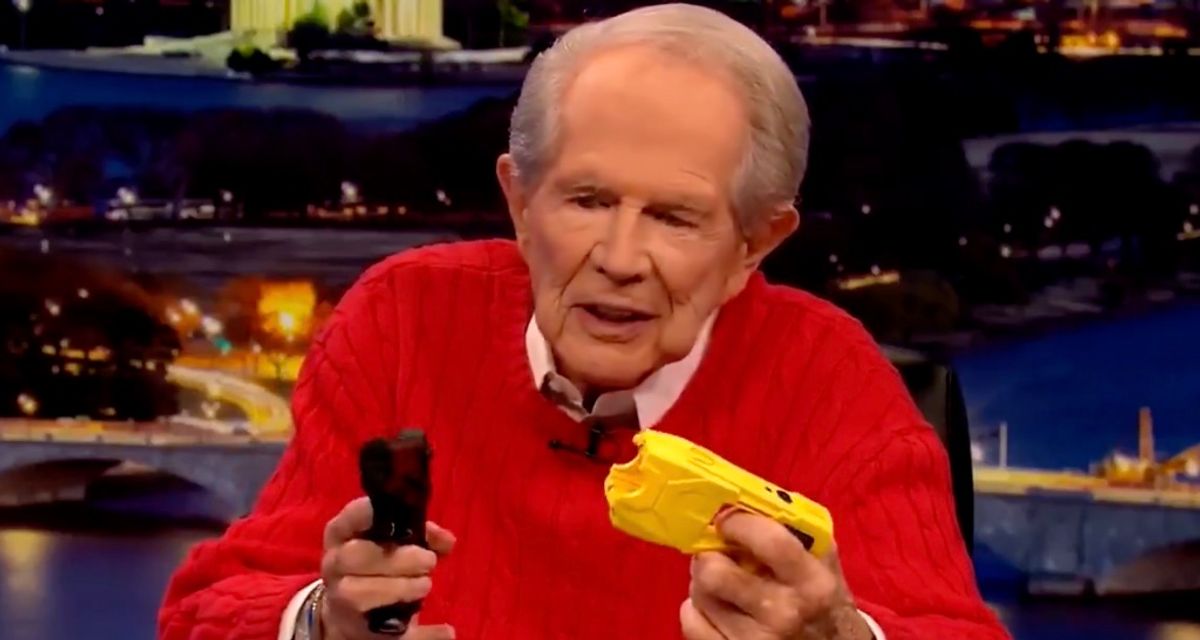 In a surprise to some viewers, televangelist Pat Robertson on April 15, 2021, criticized police over the fatal shooting of Daunte Wright, a 20-year-old Black man, in Brooklyn Center, Minnesota. He also criticized the actions of police in other violent interactions with Black people.

Robertson's rebuke surprised some because he is known for his Christian conservative views and influence over Republicans, a group of people who tend to be vocally pro-police. Robertson's comments came during a broadcast of his long-running talk show "The 700 Club"

During the show, Robertson, 91, compared a gun and a bright yellow Taser stun gun while criticizing former Brooklyn Center police officer Kim Potter, who allegedly mistook her handgun for a Taser and shot Wright during a traffic stop, killing him.

Holding up a handgun and a Taser, Robertson said, "Now how she made the difference where she shot that poor guy to death saying, 'this is what I thought was my Taser, and if you can't tell the difference with the feel of those things, it's crazy."

Robertson said he is "pro-police" but implored them to "stop this onslaught," going on to decry video showing Windsor, Virginia, officers threaten and pepper spray U.S. Army Lt. Caron Nazario, a Black officer with the Medical Corps, who had his hands up, during a Dec. 5, 2020, traffic stop.

Referencing Derek Chauvin, the former Minneapolis police officer on trial for the murder of George Floyd, a Black man whose in-custody death touched off massive, nationwide protests over the spring and summer of 2020, Robertson said, "They ought to put him under the jail. He has caused so much trouble by kneeling on the death of George Floyd — I mean his neck. It's just terrible what's happening."

Although Robertson's comments surprised some, it's not the first time he broke with the party line to express sympathy for the cause of those protesting against police violence. In June 2020, Robertson sharply criticized former U.S. President Donald Trump, who had urged governors to use a heavy hand to put down racial justice demonstrators and threatened to use the military to help do so.