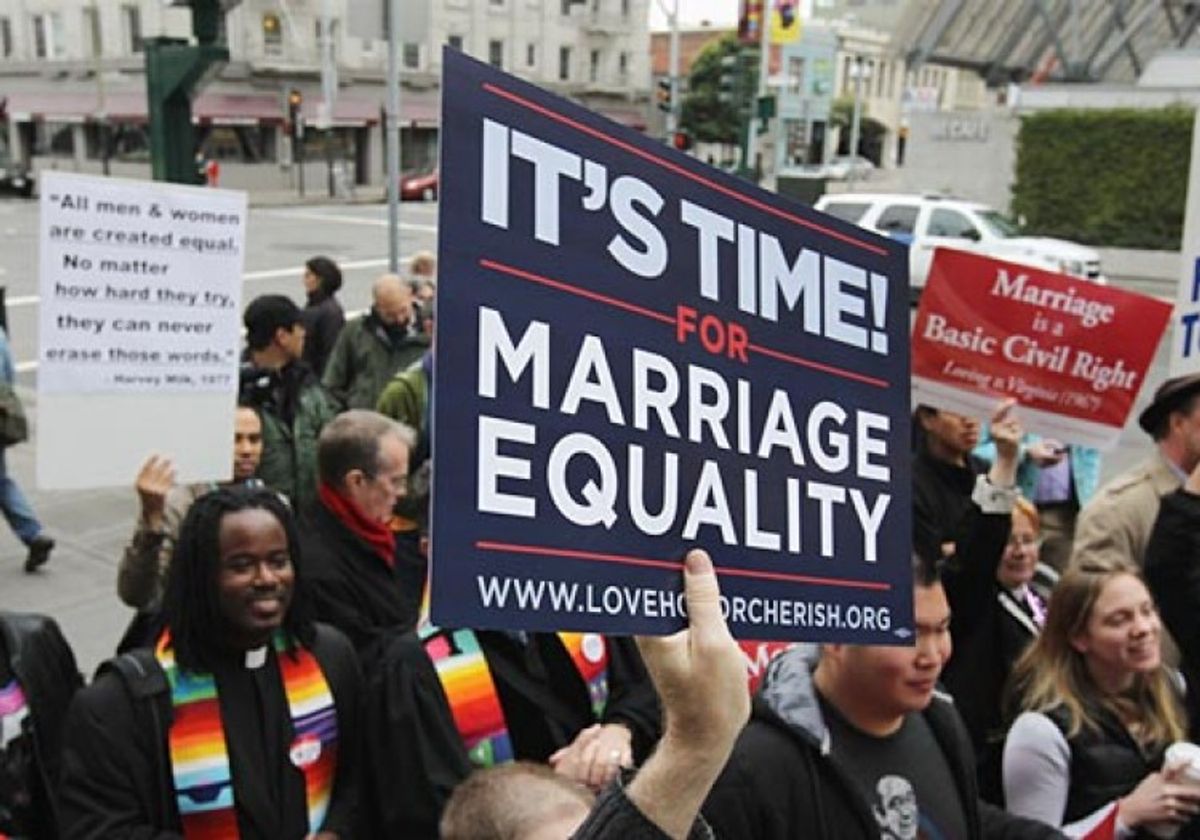 FACT CHECK   Was a Christian pastor from Vermont jailed for refusing to participate in a gay wedding?

Claim:   A Christian pastor from Vermont was sent to jail for refusing to officiate a gay wedding.

This is a very malicious article, that is mimicking NBC news. I believed the article, at first, and it was very upsetting, as it is supposedly involving Proctor, Vermont, which is near where I grew up. The article states that Pastor Paul Horner was sentenced to one year in\ federal prison for refusing to marry a same-sex couple.

Origins:   On 10 July 2015, the fake news site News Examiner published a fake article titled "Christian Pastor in Vermont Sentenced to One Year in Prison After Refusing to Marry Gay Couple," an article that reported:

According to NBC News, a pastor at the Christian Proctor Church in Vermont, has been sentenced to one year in federal prison after refusing to marry gay couples. This comes shortly after the Supreme Court’s 5-4 decision ruling that states must allow gay-marriage.

The Christian Pastor, 56-year-old Paul Horner, had his lawyer speak to reporters on his behalf.

Steve Shand president of the Vermont Family Research Committee, said it is “open season on Americans who refuse to bow to the government’s redefinition of marriage.”

“Homosexuals are gay,” Shand told reporters. “Why should Christian ministers be forced to perform and celebrate any marriage that conflicts with their beliefs? It’s a slippery slope my friend. Pretty soon these same pastors will be forced to wed animals or kitchen appliances. This is not my America!”

The fake article gained significant traction due to its mirror publication on nbc.com.co, a sister fake news site that mimics the appearance of an NBC-affiliated web site.

On Twitter, many users took the claim at face value (following the contentious Supreme Court same-sex marriage decision of June 2015):

US pastor sentenced to jail for refusing to marry same sex couples? I'm working to confirm this story myself tonight: https://t.co/h1DPSvleME

Christian Pastor In Vermont Sentenced To One Year In Prison After Refusing To Marry Gay Couple - https://t.co/epSXTrd0xh

If the name "Paul Horner" sounds familiar, that's likely because the moniker is a staple of fake news articles penned by writer Paul Horner for the fake news sites such as the National Report and the News Examiner.

After Facebook introduced algorithms to reduce the spread of fake news in 2015, material from fake news publishers began appearing on sites spoofing the appearance of well-known news sites such as USA Today, the Washington Post, and the New York Times to further their spread.