Is This a Picture of a Shark Attacking a Parasailer?

We can safely say no parasailers were injured in the making of this photograph. 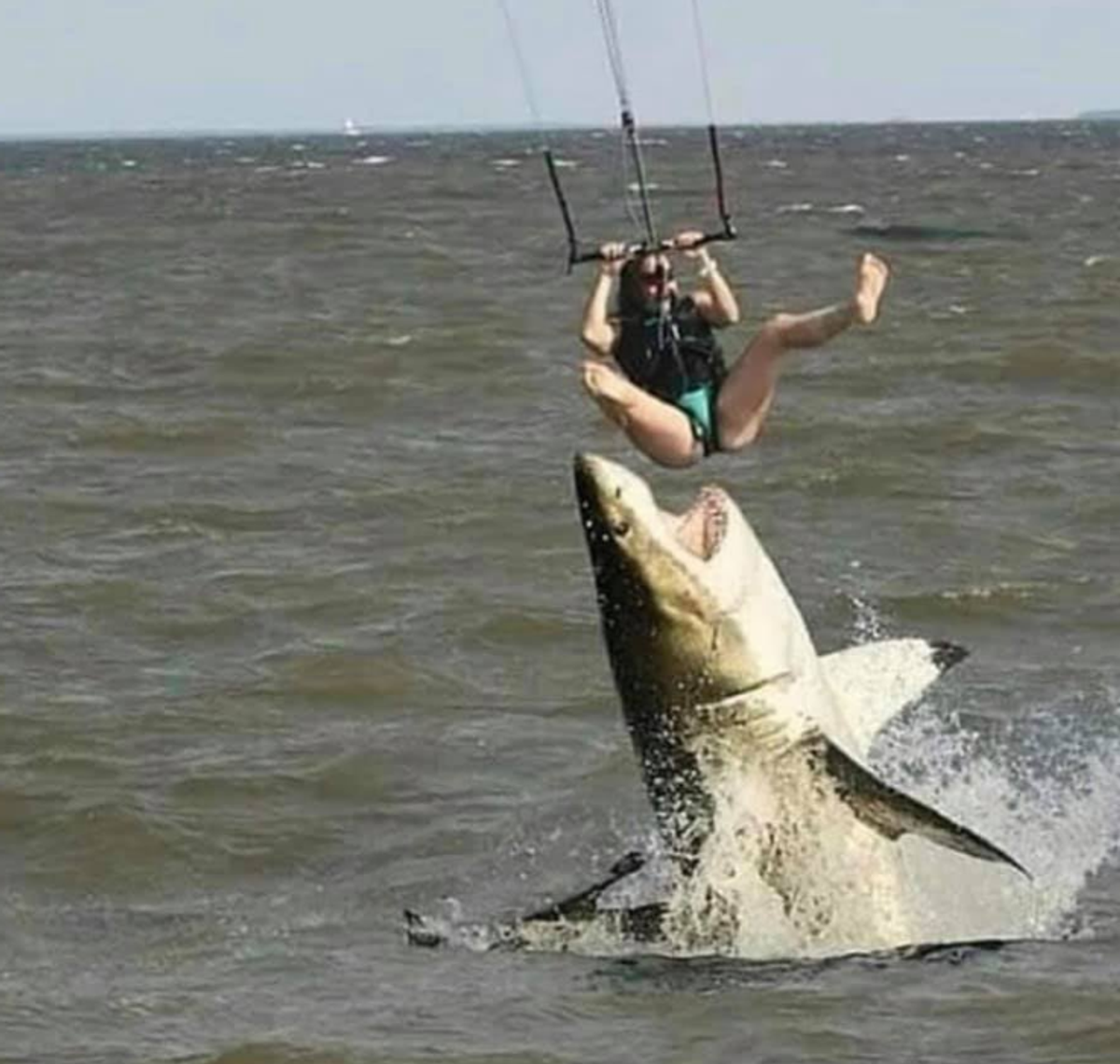 Claim:
A photograph shows a shark leaping from the water to bite a parasailer.
Rating:

A picture supposedly showing a shark jumping out of the water to attack a person parasailing is occasionally mistaken as genuine as it circulates on social media: This is not a genuine photograph of a parasailer nearly being bitten by a large shark. This is a composite image of at least two separate photographs.

Jenkins' photographs received some media attention when they were first published in 2013. One of the images was even featured on the cover of Time magazine's "The Year in Pictures" issue.

Here's a look at the Time magazine cover and an excerpt from a CNN report about the photographs:

His website is filled with pictures of the fearsome predators leaping from the sea and devouring seals.

But a photo Jenkins took during a July shark-watching cruise in South Africa is garnering the Irish photographer so much attention that his website was having trouble keeping up Wednesday after numerous media outlets published his shots.

One photo shows a seal seemingly balanced on the tip of the rising shark's mouth, moments away from becoming a meal. Later photos in the series show the seal twisting away and escaping as the giant shark's jaws snap shut. No parasailers (or apparently seals) were harmed in the making of this photograph.