Did Papa John's Withdraw Their NFL Advertising Over Anthem Protests?

The pizza chain will be removing the NFL logo and the label of "official sponsor" from their television commercials, but they have not stopped advertising with the league. 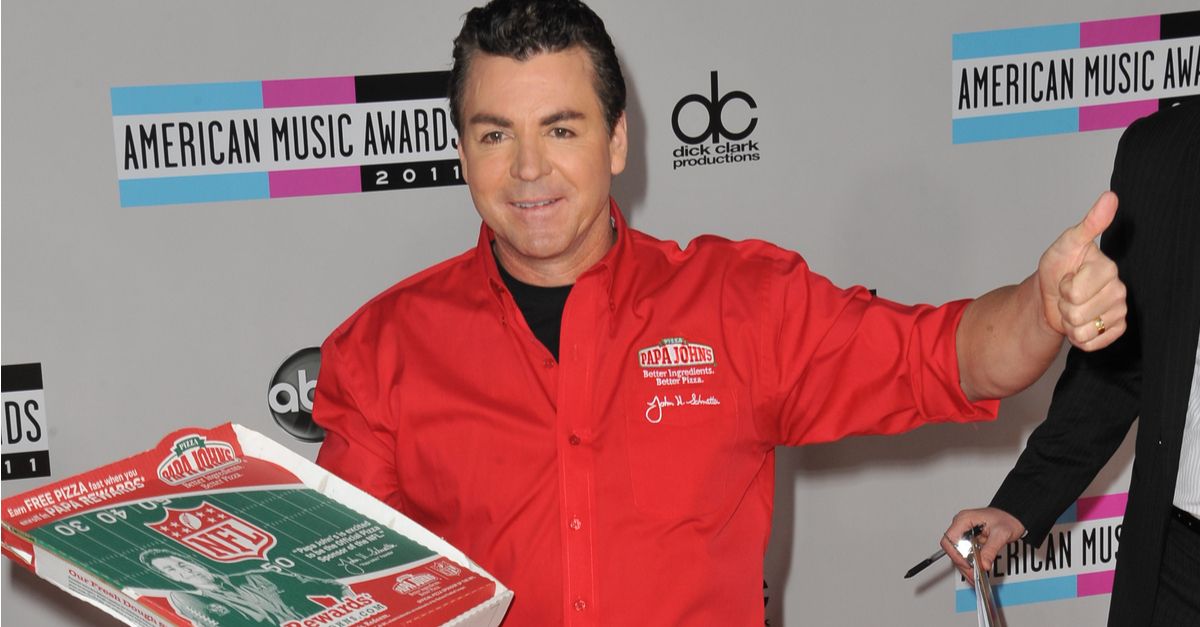 Claim:
As of November 2017, Pizza chain Papa John's had pulled their advertising from the National Football League.
Rating:

Papa John's has said they will be removing the NFL logo from their television commercials as well as descriptions of the company as an "official sponsor" of the league.

Papa John's says they have not ended their advertising relationship with the NFL nor withdrawn their commercials from televised NFL games.

Amid an ongoing debate over the right of National Football League (NFL) players and staff to protest racial and social injustice by kneeling or remaining off the field during the playing of the U.S. national anthem, reports in November 2017 suggested that one high-profile conservative businessman had decided to cut his company's commercial ties with the league.

Papa John’s says it has been pulling advertising associated with the NFL. The league, it says, has given some future spots in return.

These stories didn't quite present the full picture of the issue, and a spokesperson for Papa John's told us that original reports about the issue were "misinformed" while offering this clarification:

We have not pulled back our NFL advertising. Papa John's already has a strong association with the league, so we have scaled back the use of NFL marks in certain areas.

When asked for additional detail, the spokesperson mentioned current television advertising and referred to an update included in Darren Rovell's ESPN story of 1 November 2017:

Later in the day, a spokesman clarified that the [television] spots themselves weren't being pulled [from NFL games], just the NFL shield or "official sponsor" designation on those spots.

So it appears that Papa John's television commercials that air during NFL game telecasts, such as one featuring former quarterback Peyton Manning and Papa John's CEO John Schnatter, will in the future no longer bear the legend "Official pizza sponsor of Super Bowl LI," but Papa John's will nonetheless continue to advertise during NFL games:

At the time of this controversy, Papa John's posted their third quarter financial results, which included a downward revision of the company's sales outlook. During a conference call associated with the results, company executives attributed these weaker-than-expected numbers to a year-on-year decline in NFL television viewership, as well as "negative consumer sentiment" associated with the controversy surrounding the national anthem protests.

We've had a long-standing relationship with the NFL and it's served us quite well, just in terms of the overall brand awareness — we're actually the number one recognized partner with the NFL, two years running. So we get the benefit when things are going well, but clearly we're going to get the downside implications when things aren't going that well.

Richie summarized the issue as being related to a combination of declining NFL ratings and negative publicity generated by the ongoing anthem protests: