Internet commenters have historically been quite bothered by TikTok videos recorded inside restaurant kitchens. 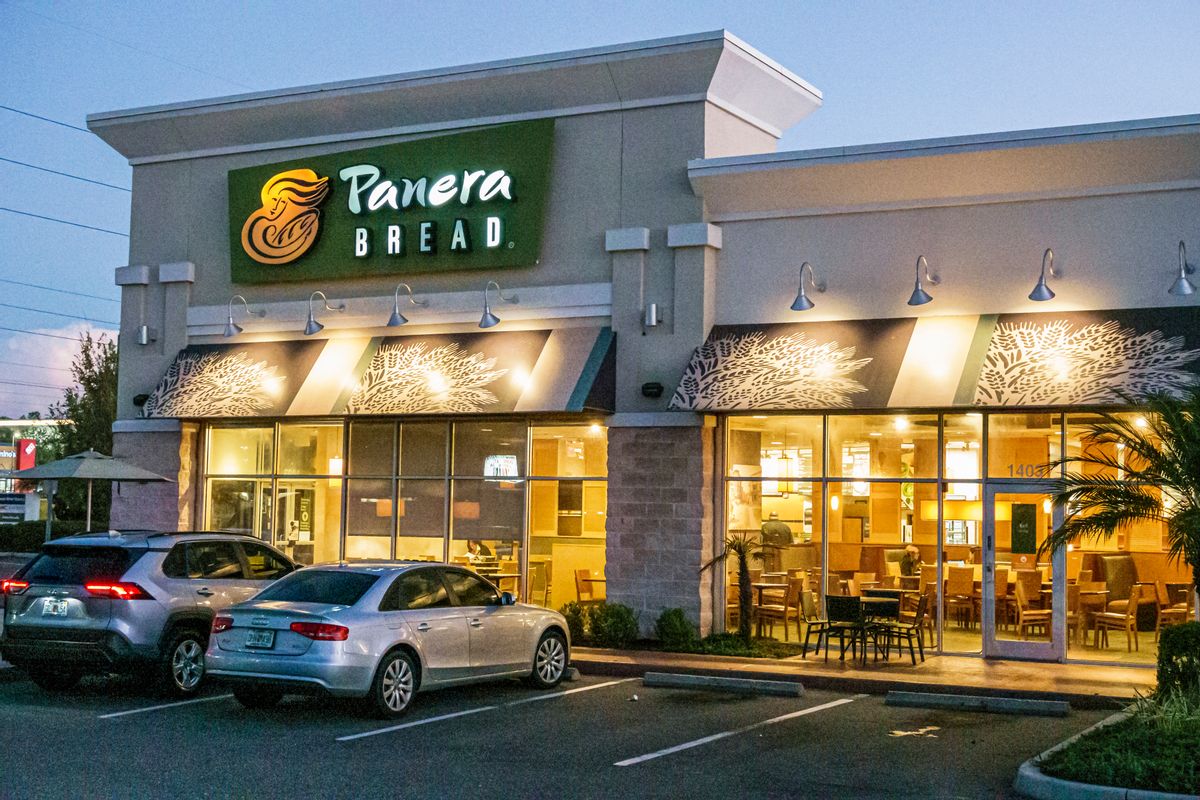 In December 2020, a new TikTok video purportedly showed frozen soup, chicken, and mac and cheese being prepared at a Panera Bread restaurant. The video recorded inside a Panera kitchen was later deleted. Similarly, we previously reported about TikTok videos that captured the refried beans prep process inside a Taco Bell kitchen.

The video recorded at a Panera Bread restaurant was genuine. It was posted and then removed by TikTok user @jadekirstenkellar5. It was later reuploaded by @mr.tiktok820. It appeared to have been recorded earlier than December:

A story from The Daily Dot broke down the details of the new video. The blog confirmed that it appeared to show several frozen menu items thawing:

The video in question managed to rack up nearly 200,000 likes before being deleted by its creator, who is presumably a Panera employee.

It didn’t go in depth into how foods are made like some of these popular TikTok videos do, but in touring the food prep area of the restaurant, it revealed what looks to be frozen soups getting heated up, along with pre-packaged and potentially thawing chicken and macaroni and cheese.

The video began by showing what appeared to be soups: After soups, the person recording the video claimed to show chicken: Third, the video ended by pointing the camera at mac and cheese: The Daily Dot and PopCulture.com pointed out that this was not the first time a TikTok video from inside a Panera Bread kitchen went viral. In 2019, TikTok user @briannaraelenee posted a video that showed the preparation process for the company's frozen macaroni and cheese.

In addition to the menu offerings at Panera Bread restaurants, the company also sells in grocery stores a refrigerated version of its macaroni and cheese. Panera Bread defended its use of several frozen foods to USA Today:

Panera spokeswoman Jessica Hesselschwerdt confirmed to USA TODAY that Panera does indeed freeze its soups and mac and cheese "to avoid using certain preservatives that do not meet our clean standards."

"We want to make sure that if you're in Massachusetts or California or in any one of our 2,100 locations that you get that same awesome experience," she told USA TODAY. "This is how we are efficient and how we make it consistent. We want that experience to be great, and that's the best way to do it."

On the same day, the Washington Post also spoke with Hesselschwerdt about the company's frozen menu items. She said that the company confirmed the TikTok video was genuine:

In a statement, the company defended its preparation methods, explaining its mac and cheese is still a patently Panera product "made offsite with our proprietary recipe developed by our chefs."

"It is shipped frozen to our bakery cafes — this allows us to avoid using preservatives which do not meet our clean standards," the company said.

Many restaurants are reluctant to admit to heating up frozen food. After a survey of French restaurants found one-third acknowledged serving frozen items, some in the industry said the true number was probably higher because "chefs were embarrassed to admit the short cuts that, in effect, hoodwink their customers," as The Post reported.

The woman who recorded the 2019 video apparently had worked at the restaurant but tweeted she was eventually fired.

Before either TikTok video was available, on Jan. 31, 2019, the Washington Post published a story that rated the best and worst frozen and boxed macaroni and cheese options that were available at grocery stores:

You might think, at first glance, that mac and cheese falls under the same tired adage as pizza: Even when it’s bad, it’s still pretty good. The cheese in both scenarios may be of questionable provenance, but they’re both smothered in it. Cheese can forgive the sins of mediocre pasta. Cheese is good.

While Panera Bread's grocery store macaroni and cheese was not featured in the list of best or worst, a few other big names did make appearances, including Lean Cuisine, Amy's Stouffer's, Kraft, Trader Joe's, Marie Callender's, Annie's, Velveeta, Cracker Barrel, and 365 (Whole Foods).

We reached out to Panera Bread for comment, and will update this story in the future should more information come to light.