Was a Japanese Baseball Stadium Repurposed as a Residential Neighborhood?

You don't have to "take me out to the ballgame" if I already live there! 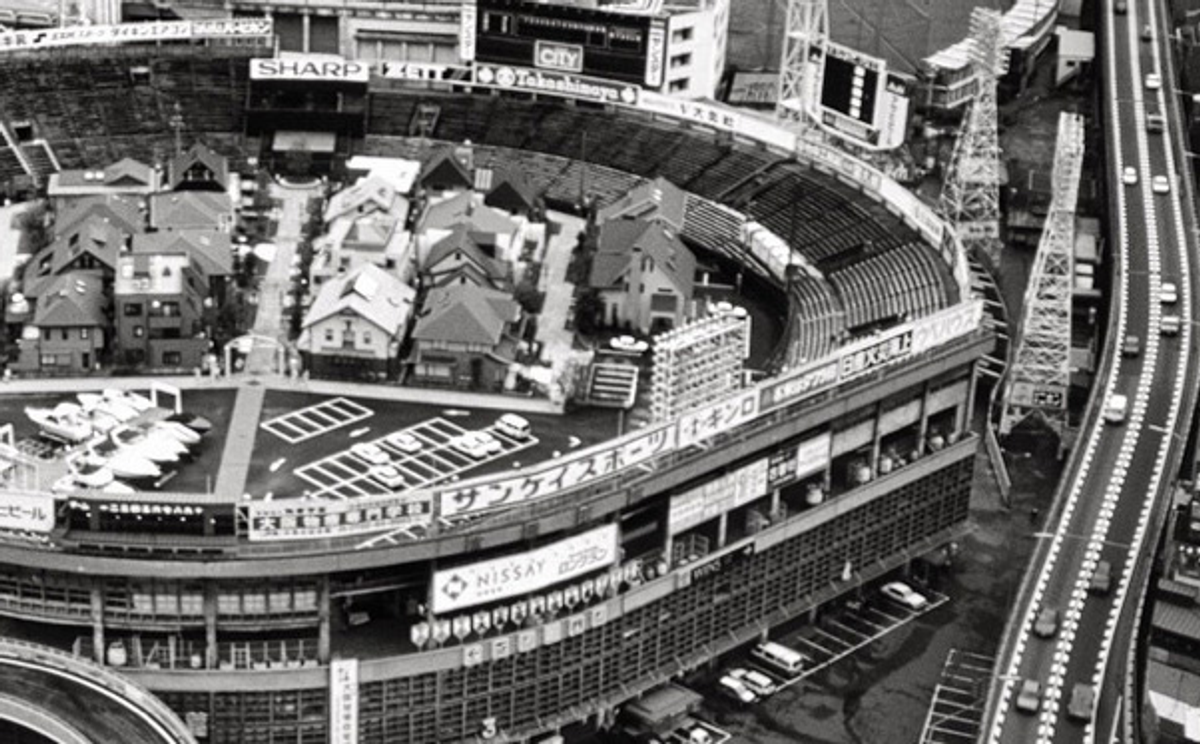 Claim:
A photograph shows a baseball stadium repurposed as a residential neighborhood.
Rating:

The stadium repurposing did not include a "housing project" that was home to long-term residents.

On 4 January 2016, a photograph showing a baseball stadium in Japan that purportedly had been repurposed as a housing project or residential neighborhood was posted to Reddit:

Although the photograph is real and does picture several homes built within the walls of a baseball stadium, those structures never housed residents for any extended period of time. This photograph was taken by Japanese photographer Naoya Hatakeyama in 1998, and although it is frequently shared with the claim that it depicts a residential neighborhood built inside a stadium, it's actually a picture of a group of model homes.

According to the Japanese-language web site Fudoki, Osaka Stadium was once home to the Nankai Hawks baseball team, but when the Hawks moved to Heiwadai Stadium in 1988, the city of Osaka turned the stadium into an outdoor display area for model homes:

The Online Photographer web site posted another image of the stadium, along with some background information about it from photographer Ned Bunnell:

To provide some context for this photo, Osaka stadium was home to the Nankai Hawks baseball team. I remember the Hawks name because I bought caps for my boys and they were quite the curiosity item with all their friends. The Hawks were sold and moved to Fukuoka City in 1988 or 1989. Since the stadium was abandoned, the City of Osaka, working with a trade group, turned it into a giant outdoor home show with rows of various model homes from several construction companies.

If I remember correctly, the houses were a failure, as most Japanese in the greater Osaka area were not interested in western style housing and the quality of construction was not up to their expectations. I think the stadium was finally demolished in the late '90s. In short, it is true that several houses were assembled inside Osaka Stadium in the early 1990s, but these structures were merely model homes and were never used for long-term occupation by residents.