While Oreo's parent company is eliminating some jobs in Chicago, production of the cookie isn't moving to Mexico. 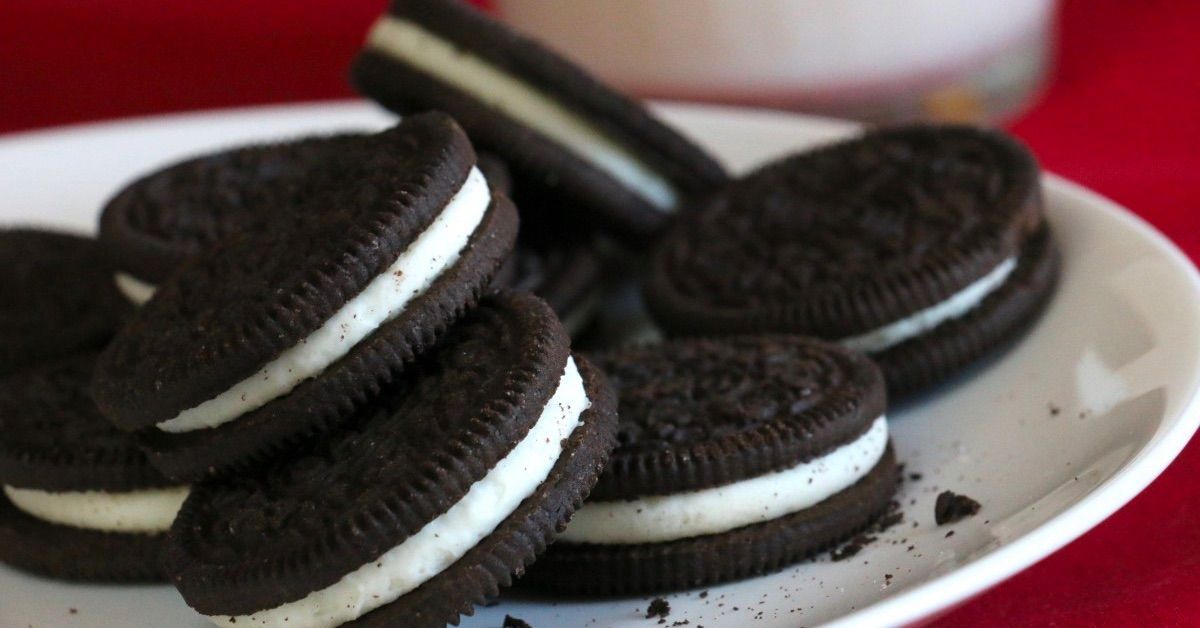 Claim:
Nabisco closed their Chicago plant and moved all production of Oreos to Mexico.
Rating:

On 21 August 2015 (and on multiple subsequent occasions), Republican presidential candidate Donald Trump told crowds of supporters at a campaign rally that he'd sworn off Oreo cookies because the brand's maker, Nabisco, had closed their plant in Chicago and moved production of the snack product to Mexico:

You know Mexico is the new China. The other day Nabisco, Nabisco ... Oreos right, Oreos. I love Oreos, I’ll never eat them again. Kay? Never eat 'em again. Nabisco closes a plant, they just announced a couple days ago, in Chicago and they’re moving the plant to Mexico. Now why? Why? Why?

Trump's claim echoed off-the-cuff remarks he had made earlier at non-campaign events (such as while reporting for jury duty in August 2015):

Donald Trump has pledged never to let another Oreo pass his lips.

"I’m not eating any more Oreos," he promised on Monday afternoon.

He made the declaration while speaking with reporters in the back of the jury assembly room at Manhattan Supreme Court. He was waiting to learn if he would be picked to serve on a panel, and he passed the time chatting about a wide range of subjects. That included the recent decision by Mondelez International, the parent of Nabisco, to move some of its Chicago operations to Mexico.

He said the move would cost 2,000 American jobs.

The number of purportedly lost jobs attached to the Oreo plant move has fluctuated from telling to telling. For example, on 14 August 2014 a Politico reporter tweeted:

Trump: "Nabisco is taking 1,200 jobs from Chicago and moving them to Mexico. No more Oreos. They make Oreos don't they? I don't like them."

The repetition of Trump's claim had a clear impact on American consumers: the official Facebook pages of both Nabisco and Oreo were flooded with angry comments from users similarly denouncing the cookie- and cracker-maker over the purported loss of American jobs to Mexico:

EVERY single one of your products posted above i have purchased. I have 12 grandchildren and baskets and stockings have been filled with many of these for them. Plus they are always in "the treat bowl". Guess What? NOT ANY MORE!!!! I really hope that Mexico can keep you in business because I will no longer spend one more penny on ANY of your products.

Someone posted a page on facebook saying Oreos are now being made in Mexico. Is this true and if so when did that happen?

Sad face, I will not be eating @Oreo as I just learned they outsourced their creation to Mexico. It's a sad day! #shameonoreos

@HydroxCookie where are you're cookies made? Oreo moved to Mexico. Made in USA wins my business.

The spotlight pointed by Trump at Nabisco and Oreo lifted the story from the low-profile realm of business news, where it had previously lingered unnoticed. A 29 July 2015 Chicago Tribune article reported that 600 of 1,200 positions at the plant in question were on the chopping block following a decision announced by Nabisco's parent company, Mondelez International:

Mondelez International will lay off half of its 1,200 employees in its bakery on Chicago's Southwest Side after deciding to make a major investment in a Mexico plant rather than its long-standing facility here.

The company decided not to make a $130 million upgrade to the facility, the company's largest U.S. bakery, which dates to the 1950s, because the three unions that represent workers either did not make a proposal to keep the work or their concession packages were inadequate, said Laurie Guzzinati, a Mondelez spokeswoman.

The new production lines will make some of Nabisco's most popular products, including Oreo, Ritz and Grahams.

Mondelez International also announced the decision in a 29 July 2015 press release that confirmed much of the brand's production would remain in the United States:

[An] investment in [upgraded equipment] will be completed by mid-2016 and will replace nine older, inefficient manufacturing lines at its Chicago biscuit plant.

Today's announcement builds on the company's earlier manufacturing investments of more than $170 million in manufacturing lines at its U.S. biscuit plants in Fair Lawn, N.J., Naperville, Ill. and Richmond, Va., as well as additional investments in recent years in technologies and capabilities within its North American supply chain.

Today's announcement follows a process that began in early April, involving discussions with employees' union representatives from the Chicago plant as well as company due diligence to select between Salinas and Chicago, the two locations which were considered for this investment.

"The Chicago plant has been and will continue to be an important part of the company's North American biscuit footprint, producing a variety of beloved consumer products," said Olivier Bouret, Vice President, North America Integrated Supply Chain, Biscuits. "While the new investment will affect approximately 600 positions in Chicago, we're committed to treating all impacted employees fairly through this difficult time."

On 18 September 2015, a representative for Mondelez International disputed a number of Trump's assertions about Oreos in an e-mail to a news outlet:

A representative for Mondelēz Global LLC, said Trump's statements about the company are untrue. "We announced in July a new investment in our supply chain in an already-existing facility we have in Mexico. We are NOT closing our facility in Chicago," wrote Laurie M. Guzzinati, senior director for corporate and government affairs in North America for Mondelēz Global LLC.

"Though there will be an impact to some positions in Chicago, given that the investment is being made in a different facility in our manufacturing network, our Chicago bakery will continue to be an important site within the North American biscuit manufacturing network," Guzzinati wrote in an email to Foster's.

Guzzinati said that the Chicago bakery produces a variety of Nabisco cookies and crackers, and will remain important due to its geographical location.

"The Chicago bakery will remain one of the largest plants within the network from an overall head-count perspective," she said.

Guzzinati added that Oreos are made in several manufacturing sites within the United States, including Fair Lawn, N.J., Richmond, Va. and Portland, Ore.

So while it's true that Nabisco's parent company announced the elimination of some jobs at a Chicago plant, the number of jobs affected was 600 (not 1,200 or 2,000), and the facility was not closed. The company concurrently invested the expansion of manufacturing plants in three states, and Oreos remain in production in the U.S. at facilities in New Jersey, Oregon, and Virginia.