Did an Oregon County Say Only White People Must Wear COVID-19 Masks? 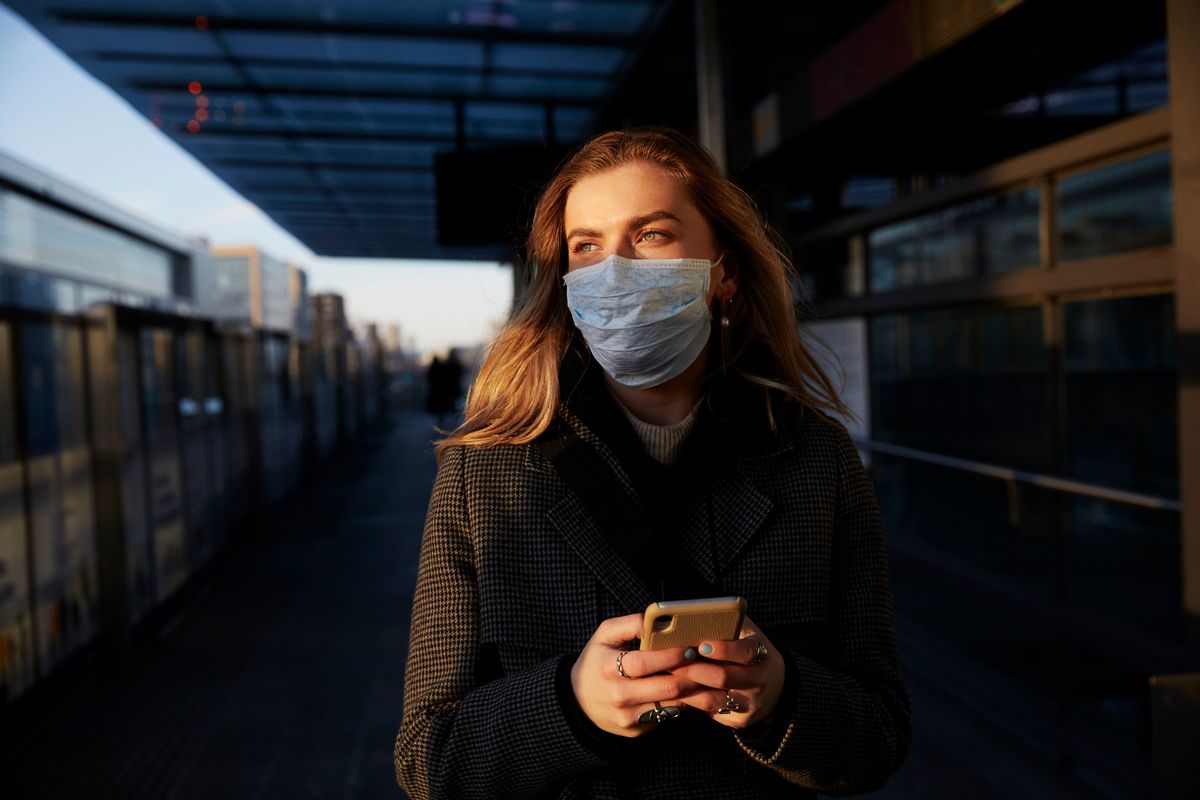 Claim:
In a policy that established requirements for people to wear masks in most public settings during the COVID-19 pandemic, Oregon's Lincoln County said in June 2020 residents of color are exempt from the rule.
Rating:

In light of recommendations from the Centers for Disease Control and Prevention (CDC) for all Americans to wear facial coverings to curb the COVID-19 coronavirus pandemic, numerous U.S. states and cities passed laws to establish their own set of requirements on masks in public settings in mid-2020. In Oregon, Gov. Kate Brown required seven counties to create guidelines by June 24, 2020, as businesses reopened after a months-long shutdown to limit in-person gatherings and the state's total of COVID-19 cases increased.

While authoring the directives, those Oregon counties — Multnomah, Washington, Clackamas, Hood River, Marion, Polk and, most notably, Lincoln — could decide if, or to what extent, they would enforce the requirements and to whom they would apply in their jurisdiction.

That said, Lincoln County's take on Brown's assignment sparked allegations of racial prejudice and created a platform for people nationwide who believed all government-issued requirements on masks were unnecessary. In the days after the Lincoln County policy's initial release on June 17, 2020, numerous people reached out to us to confirm whether the county had indeed written its rule on facial coverings so it would only apply to white residents.

The question was largely a response to stories in right-wing media outlets including Breitbart with headlines such as, “Oregon County issues mask order that exempts ‘people of color’" or “Oregon County Issues Coronavirus Mask Mandate, But Only For White People,” as well as articles in the New York Post and other tabloids. A post on a site called Pacific Pundit that says its dedicated to exposing media bias claimed:

If you needed any more proof that this whole COVID-19 and face mask crap was about power and control, I present to you Lincoln County, Oregon. There is only one group of people who must wear face masks and that’s white people … This whole mask order not only is about control, but it sounds pretty racist to me.

Before we delve into the claim, some context. Since the CDC's advisory that everyone wear masks in public settings where they can't maintain a 6-foot distance from others, numerous Black men and academics have expressed concerns over the facial coverings putting Black Americans at risk of racial profiling, whether in areas where officials are monitoring for compliance with the mask requirements, or where people are simply prone to stereotyping. Kevin Gaines, the Julian Bond professor of civil rights and social justice at the University of Virginia, said in a New York Times story on April 14, 2020:

Black people are profiled by police on a regular basis. ... And actually, the problem, at least recently, has become even larger than that. ... Many whites are just uncomfortable encountering many black people, pandemic or no pandemic, masks or no masks.

On April 17, 2020, a group of U.S. senators — Mazie Hirono, D-Hawaii, Richard Durbin, D-Illinois, Edward Markey, D-Massachusetts, and Benjamin Cardin, D-Maryland — wrote a letter to leaders of the FBI and Department of Justice outlining a series of incidents in which Black men wearing protective masks were judged based on their appearance, including a citation to a case in which a Florida doctor was handcuffed and detained by police officers near his home. The letter also stated that some Black men reported being harassed for not wearing facial coverings during the pandemic.

To investigate the above-mentioned claim that Lincoln County — a rural, coastal county where almost 90 percent of its nearly 50,000 residents are white (per 2019 Census data) — had mandated that only white people wear masks, we referred to the county's Health and Human Service Department's website. On June 17, 2020, the department (with support from the county's three-person board of commissioners) issued a directive that said all residents must wear masks in indoor public settings and outdoor spaces where they can't maintain social distancing, unless they were part of the following groups:

In other words, it was accurate to claim Lincoln County officials had issued a policy requiring masks that only applied to white residents.

We should note here that the rule, as well as guidelines on facial coverings in Oregon's Clackamas and Multnomah counties, were not written with the intention of citing people who disobeyed but were more so about making sure employers and businesses made masks available to people, according to county leaders. The Lincoln County policy reads:

The Directive is self-executing. All persons in Lincoln County are expected to adhere to its terms. Violation of the Directive does not constitute or create grounds for private persons or public employees, including law enforcement, to stop, detain, issue a citation or undertake any other enforcement action ...

Nevertheless, the Lincoln County measure faced swift and fierce backlash from right-wing commentators who alleged the rule put unfair restrictions on white residents and others who were confused by, what was interpreted to be, the county's lack of concern for its non-white population's health. One Twitter user wrote: “I thought the mask was to protect others so are they saying they don’t care if people of color get the virus? Can’t they give it to each other if they don’t wear a mask if this is true?” And a comment on Newsweek's story on the Lincoln County measure stated:

I'm Mexican-American, I've lived with people of all colors my entire life. …[We] must stand up to the race-mongering hysteria or we will never ever see the end of racism. Don't let the far left take society backwards with race warfare. If we don't stop it racism will just go on and on and one with different racial targets every 20 years for eternity.

On June 24, 2020, county officials issued a statement in which they said they had received "horrifically racist commentary" and were the subject of unprecedented "vitriol" from people countrywide after their mask rule went public. To explain their rationale for why they allowed people of color to be exempt from the public health requirement, the statement read:

We included the last protection for those within our communities of color who historically, and often personally, found themselves the victims of harassment and violence. After last month’s protests, the national attention given to issues of racism, police tactics and inequity, we felt this last exception would be embraced and understood as a small effort to start addressing the realities some of our neighbors deal with on a daily basis.

Despite the measure's intent, the exemption "created a ripple of fear throughout our communities of color" and "the very policy meant to protect them, is now making them a target for future discrimination and harassment."

For those reasons — and after requests from non-white county residents to revise the requirements — Lincoln County officials said in the June 24, 2020, statement that they had rewritten the policy and removed the controversial exemption. It stated:

[We] are revising our Public Health Directive and face covering policies. It saddens us greatly that we need to do that. We will not continue a Directive and policies that were intended to assist but instead are a potential source of harm for those we are sworn to protect. … Wear your face covering, be kind to each other. End racism now.

In sum, while it is accurate to say Lincoln County officials in June 2020 established a rule that required people to wear masks with an exemption for residents of color, authorities were not going to enforce the requirements, and the policy was later changed so that all residents — no matter their race — must wear the facial coverings to prevent the spread of COVID-19. We therefore rate this claim as "Outdated."