So Long and Thanks for All the Fish

A photograph of an orca jumping several feet out of the water is often viewed with skepticism, but it's real. 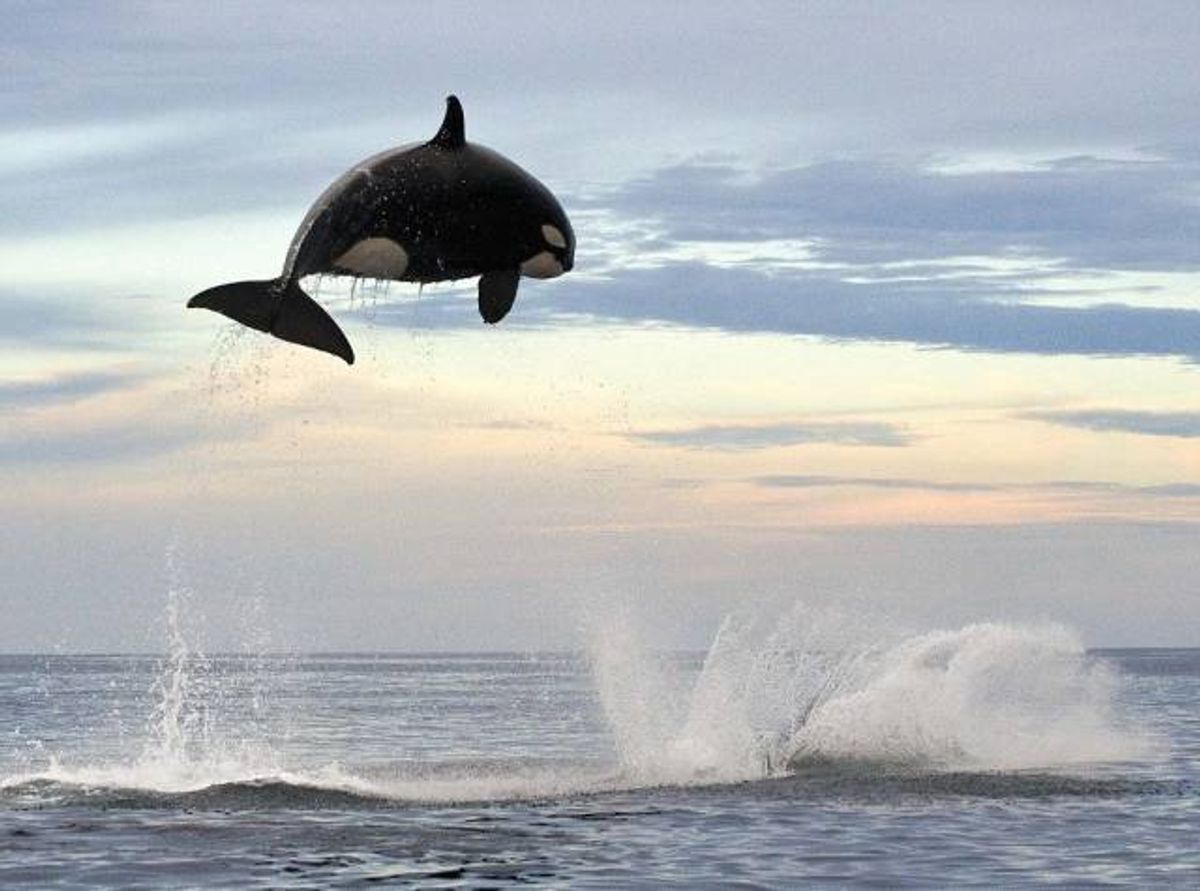 Claim:
A photograph shows an orca leaping several feet out of the water.
Rating:

An adult male orca weighs in excess of six tons, making it an impressive sight to see one of those giant creatures soaring a dozen feet or move above the waves. But that's exactly what photographer Chris Swann captured in July 2013 off the coast of Mexico.

The above-displayed photograph is frequently shared with funny headlines ("Panda Whales are fine leapers" and skeptical comments ("I am no expert but if reddit has taught me anything, this photo is probably photoshopped") but although it may look unreal to some, it is authentic.

However, there are two small difference between the original image and the more commonly circulated one displayed above. This image has been flipped (making it more difficult to locate the source), and the watermark identifying its source has been removed:

Swan snapped this picture in July 2013, when he witnessed a pod of orcas hunting dolphins. A series of photographs showing the Orca's leap are available on the Biosphoto web site with the following description:

We never knew where to look because they erupted out of the water in one place, disappeared in a thrashing of foam and reappeared in a totally new location. On one occasion the killer whale burst out of the water directly in front of us, and about six or seven metres ahead. He was about four metres in the air and heading right at us — I thought he was going to land on the boat but it turned mid-air and clattered into the sea beside us.