Did U.S. Rep. Ilhan Omar Say 'If Israel Is So Innocent, Then Why Do They Insist on Being Jews?'

A quote needn't make sense for some people to believe it's genuine. 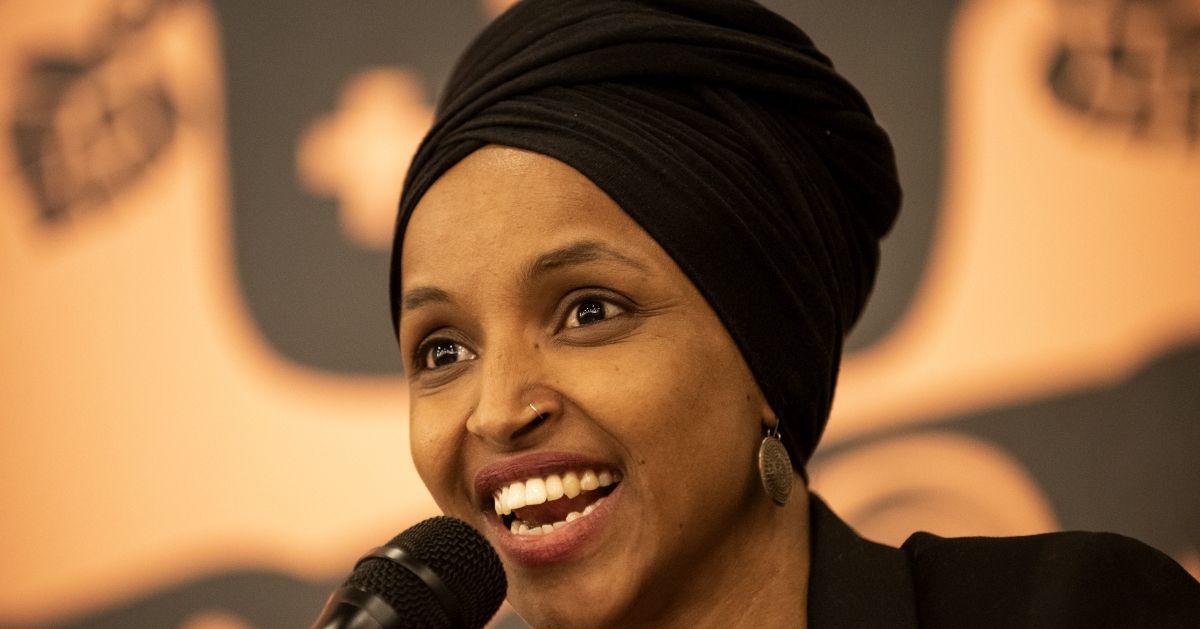 Claim:
U.S. Rep. Ilhan Omar asked, "If Israel is so innocent, then why do they insist on being Jews?"
Rating:

In early May 2019, social media users began sharing posts alleging that U.S. Rep. Ilhan Omar (D-Minnesota), one of the two Muslim women currently serving in the U.S. Congress, issued a tweet asking, "If Israel is so innocent, then why do they insist on being Jews?"

Many of the posts included disparaging remarks about Omar, accusing her of being "anti-Semitic" and "anti-American," for example, and proclaiming that she should be "banned from Congress":

IIhan Omar: 'If Israel Is So Innocent, Then Why Do They Insist On Being Jews?' https://t.co/IlA1DhSU1S via @TheBabylonBee

Ilhan Omar: 'If Israel Is So Innocent, Then Why Do They Insist On Being Jews?' https://t.co/EHG1YC1eo8 via @TheBabylonBee Muslims admit they want Jews GONE! Says them "being Jewish is taunting".This woman should be BANNED from Congress, her hate for NON Muslims is unacceptable!

Why are you an Incestuous Anti-American, Anti-Semite Islamic twit? Because that's what you are. Just like they are JEWS who are being attacked in THEIR LAND! --> Ilhan Omar: 'If Israel Is So Innocent, Then Why Do They Insist On Being Jews? 'https://t.co/RUwNqG5tfm

The majority of the posts on both Twitter and Facebook linked to an article on the Babylon Bee website, which originally published the piece containing the putative quote on 6 May 2019:

WASHINGTON, D.C. -- When Israel responded with airstrikes to over 600 rockets fired at them from Gaza, many defended this as a justified act of defense. Representative Ilhan Omar lashed out against this view, saying on Twitter about Israel, "If they’re so innocent, why are they Jews?"

Omar pointed out how many in Israel continue in the extremely hostile act of being Jewish, provoking all of the people around them. "They want people to feel sorry for them," Omar said, "but they’re just out there, every day, being Jews. It’s almost like they’re taunting everyone."

Despite its attracting an outraged constituency of believers, however, the quote and the article from which it came are completely fictional. The Babylon Bee, which advertises itself as "Your Trusted Source for Christian News Satire," publishes only satirical content aimed at a conservative Christian readership.

In this case, the website's intent was to ridicule Omar's reaction to escalating violence on the Gaza Strip ("The status quo of occupation and humanitarian crisis in Gaza is unsustainable," she tweeted, emphasizing the plight of Palestinians) by attributing barely coherent anti-Semitic quotes to her. Earlier in the year, Omar was accused by members of both parties of using "anti-Semitic tropes" in criticizing Israel's influence over U.S. politics. She has made no public statements resembling those in the Babylon Bee article, however.

Unfortunately, satire often isn't recognizable as such in social media posts, which rarely carry the appropriate disclaimers, nor on blogs and websites (such as CNMNewz.com) that repost articles from sites such as The Babylon Bee without alerting readers that they're satirical in nature. Under such conditions, the distinction between satire and misinformation is effectively meaningless.

Touchberry, Ramsey.   "Democrats Divided on Ilhan Omar Response: 'I Don't Know How Many Times We Need to Say We're Against' Anti-Semitism."     Newsweek.   6 March 2019.