Has U.S. Rep. Ilhan Omar Been a U.S. Citizen for Longer Than First Lady Melania Trump? 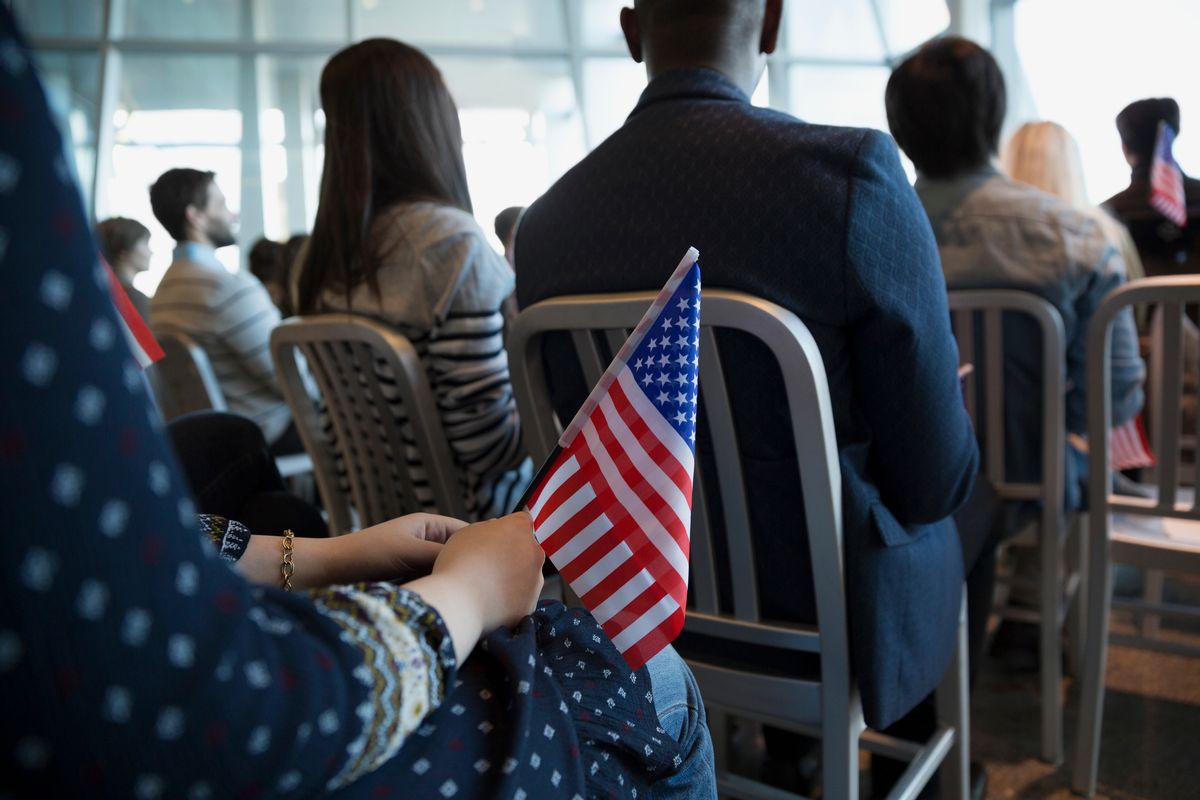 In July 2019, U.S. President Donald Trump prompted an outraged response, primarily from those within the Democratic party but also from some of his fellow Republicans, when he targeted “progressive Democrat Congresswomen” of recent immigrant heritage, suggesting they should “go back and help fix the totally broken and crime-infested places from which they came, then come back and show us how it is done.”

It was widely understood that Trump’s tweets were a reference to a group of four members of Congress — U.S. Reps. Alexandria Ocasio-Cortez (New York), Ilhan Omar (Minnesota), Rashida Tlaib (Michigan) and Ayanna Pressley (Massachussetts.) The fact that all four women are U.S. citizens and only one (Omar) was born outside the country prompted widespread criticism of Trump’s remarks as racist and xenophobic.

On July 15, CNN presenter Jake Tapper suggested a measure of hypocrisy or short-sightedness on the president's part might also exist, since First Lady Melania Trump was herself originally an immigrant to the United States, and had, according to Tapper, been a U.S. citizen for less time than Omar. Tapper said Omar "has been a U.S. citizen since she was a teenager — longer than the First Lady."

We received multiple inquiries from readers about the accuracy of Tapper's claim that Omar became a naturalized U.S. citizen before Melania Trump did. No substantive public dispute exists over widely repeated claims that Omar became a U.S. citizen in 2000, and Melania Trump in 2006, a sequence of events that would vindicate Tapper's claim. However, official documentation is not publicly available that would confirm that timeline, and representatives for each woman did not provide such evidence when requested. Until such evidence becomes available, we are issuing a rating of "Unproven."

Trump was born Melanija Kravs, in Slovenia, in April 1970. She worked as a model in Europe before moving to the United States in the mid-1990s. She became a permanent resident in March 2001, according to the Associated Press, then married the future president in Florida in January 2005.

According to the First Lady's account, she became a citizen of the United States on July 28, 2006. Shannon Donnelly, a Palm Beach, Florida, society columnist, reported two days later that she had "taken the oath of citizenship" and was "now an American."

In her 2016 Republican National Convention speech, Trump described becoming a U.S. citizen as "the greatest privilege on planet earth":

Despite this evidence, and despite the fact that we found no substantive dispute over the date of Trump's naturalization, we found no official documentation or correspondence regarding it, so we cannot definitively confirm that it took place in 2006. The White House did not respond to our request for such official evidence.

Omar was born in Mogadishu, Somalia, in October 1982. According to the biography posted on her own website, she lived there for around eight years before her family fled to a refugee camp in Kenya, moving to the United States four years later, and eventually settling in the Cedar-Riverside neighborhood of Minneapolis in 1997.

In a 2018 interview with the Intercept website's "Deconstructed" podcast, Omar said she became a naturalized U.S. citizen before she turned 18 years old, explaining that, "My father became a citizen and so I got my citizenship through that process."

In the same interview, she said her family resettled in the U.S. in 1995. Since a would-be naturalized citizen must first live in the U.S. as a permanent resident for five years, 2000 would be the earliest year in which Omar's father (and Omar herself) could become citizens. Since Omar was born in October 1982, she turned 18 in October 2000. So, based on the sequence of events presented by Omar, it appears she became a U.S. citizen at the age of 17, some time between January and October 2000 — roughly six years before Melania Trump, by her own account, became a U.S. citizen.

The Congresswoman's spokesperson reiterated that she became a U.S. citizen in 2000, and pointed out that an individual cannot be elected to the U.S. House of Representatives without demonstrating citizenship, but the spokesperson did not have Omar's "personal government documents."

Until and unless evidence of that nature becomes available to us, definitively establishing that Omar became a U.S. citizen in 2000 and Trump in 2006, the claim of this fact-check remains unproven, though likely to be true.

Walters, Joanna and Vivian Ho.   "Congresswomen Condemn Trump Attack: 'This is the Agenda of White Nationalists.'"     The Guardian.   15 July 2019.