Is This a 68-Year-Old Human 'Barbie Doll' After Botched Plastic Surgeries?

The artist behind this creation certainly got his point across about said surgeries. 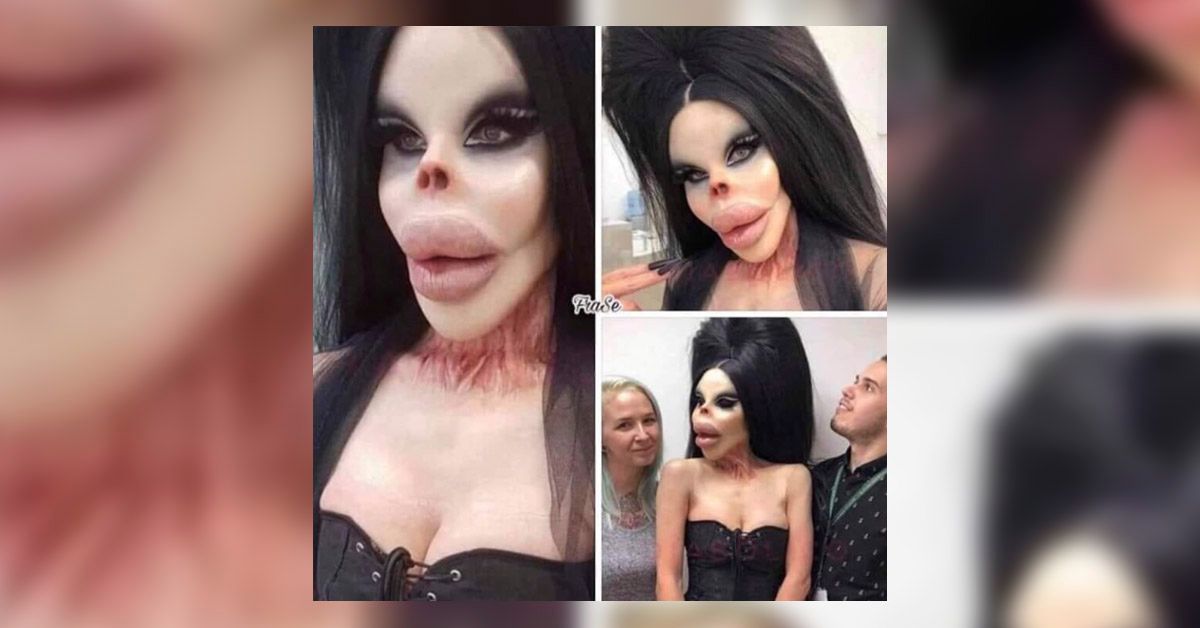 Claim:
A set of photographs shows a 68-year-old woman, or human "Barbie Doll," after a number of botched surgeries.
Rating:

A set of photographs supposedly showing a 68-year-old human "Barbie Doll" after a number of botched plastic surgeries has been circulating on social media since at least May 2018: These photographs don't actually show the results of multiple plastic surgeries on a woman. This is actually an artistic project showcasing some impressive makeup work by Pinewood Studios.

Instagram user @WeirdoLuis of Pinewood Studios posted several photographs and videos from this project and explained that the character was created to "shock and inform" viewers about the dangers of plastic surgery:

This character is supposed to shock and inform individuals of the dangers of plastic surgery and how far we’ve come and continue to go with it as a society. The neck burns are meant to be from a childhood incident, something to remind people of their roots and how beautiful and unique they can be. This is in no way meant to mock those who get surgery, just an eye opener for how society’s ideal of beauty is becoming extreme and at times dangerous.

@WeirdoLuis created this look with the help of makeup artist @suzanne_cliff and model @cassiedaisyrae. In case you have any doubts that these pictures show a model in makeup, Pinewood Studios posted a video of some of the makeup being applied: