The stories behind the Uzbek gymnast's extraordinary career are even more remarkable than the numbers suggest. 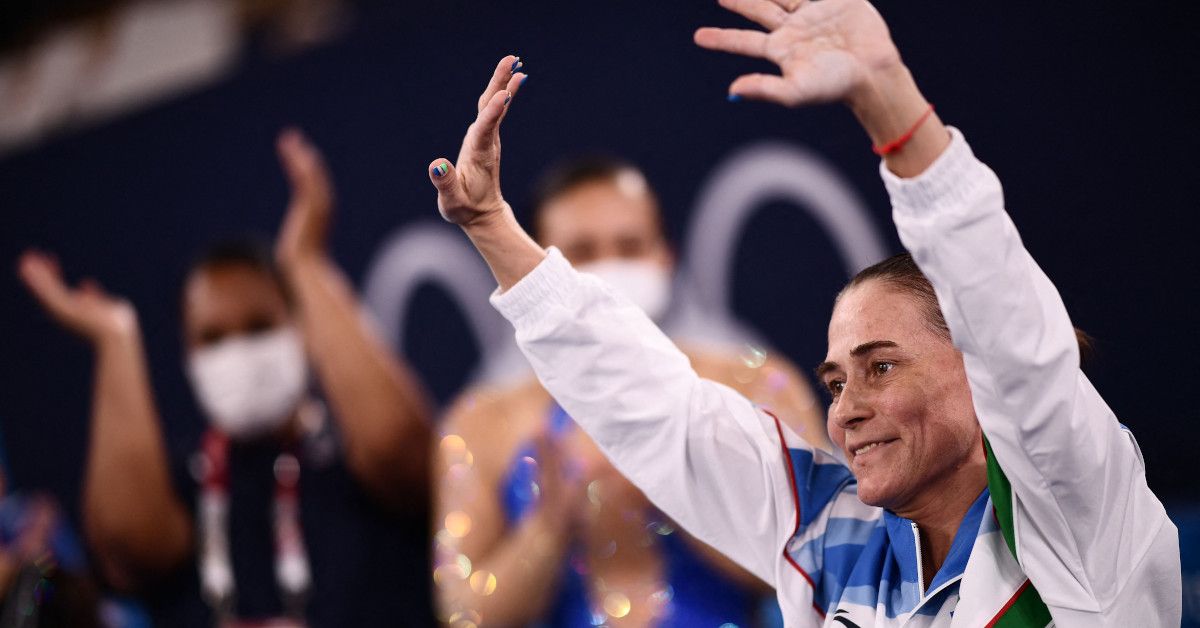 In the summer of 2021, internet and social media users enthusiastically shared a video that hailed what were presented as the remarkable sporting achievements of 46-year-old gymnast Oksana Chusovitina: "She has competed at every Olympics since 1992."

The video contained clips of what appeared to be Chusovitina taking part in all eight summer games since Barcelona in 1992, right up to the 2020 Olympics in Tokyo, which was postponed until the summer of 2021. On July 28, a popular post on the online forum Reddit bore the caption "8 F**king Times in Olympics. Take a bow": The video itself was originally posted to TikTok by @danawang on July 25 and can be found here.

Those descriptions of Chusovitina's Olympic record were accurate. She did indeed compete at all eight Olympic games between Barcelona in 1992 and Tokyo in 2021, so we are issuing a rating of "True." A full record of her performances and finishes can be found on the official website of the Olympics here.

Remarkably, Chusovitina also competed for three different teams at various Olympic games, and four over the course of her entire competitive international career, which lasted for 31 years.

Subsequently, Chusovitina represented her native Uzbekistan at the Atlanta 1996, Sydney 2000, and Athens 2004 Olympics. In 1997, she married Uzbek Olympic Greco-Roman wrestler Bakhodir Kurbanov, and gave birth to their son, Alisher, in 1999, but continued to compete at the highest international levels — relatively rare for female gymnasts after giving birth.

After Alisher was diagnosed with leukemia in 2002, the family moved from Uzbekistan to Germany, in order to obtain the best possible treatments for their son. He was ultimately declared cancer-free in 2008. Chusovitina subsequently competed for Germany at the 2008 Olympics in Beijing, and the 2012 London games. In 2008, she won her second and final Olympic medal, a silver in the vault event, at the age of 33.

Chusovitina went back to representing Uzbekistan in time for the 2016 Olympics in Rio de Janeiro, finishing seventh in the vault, an event won by U.S. star gymnast Simone Biles, who at 19 years old was less than half Chusovitina's age.

At the 2021 games in Tokyo, Chusovitina finished 14th in qualification for the vault on July 25, failing to make it through to the final. A moving ovation from her fellow competitors, coaches, and officials brought an end to her extraordinary gymnastics career. At the age of 46 years and 37 days, she was the oldest female gymnast in Olympic history, and the gymnast who has competed in the most separate games, with eight consecutive appearances since 1992.

A full compilation of every one of her Olympics routines, between 1992 and 2016, can be viewed below: