Did an Ohio Police Officer Say 'Abolishing Slavery Was the Worst Thing' Ever Done?

A volunteer officer with the Fairview Park Police Department posted the comments online. He resigned from the department in 2014. 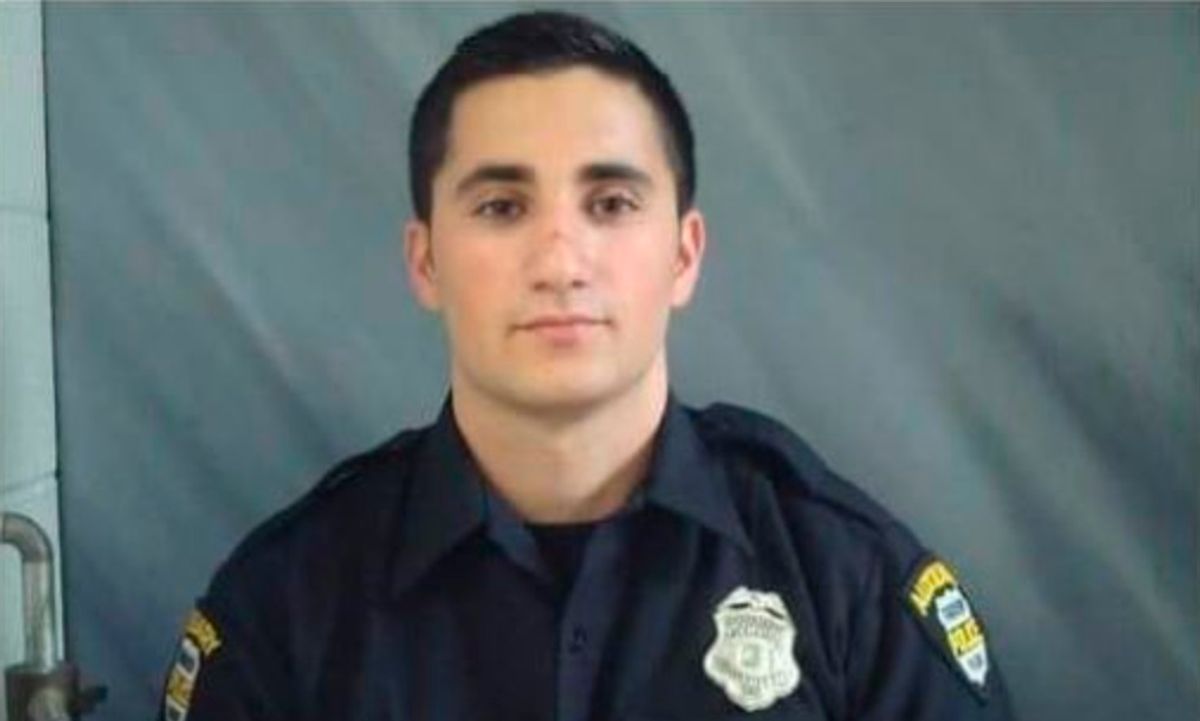 Claim:
An Ohio police officer said that slavery should have never been abolished and "these people should be exterminated."
Rating:

A civilian volunteer for the Fairview Park Police Department posted comments online saying "abolishing slavery was the worst thing we could have done. These people should be exterminated," among other racist comments.

Aaron McNamara, was a civilian volunteer and not a sworn officer, and he resigned immediately after the comments were made public in 2014.

In early September 2018, a meme circulated on social media reporting that a police officer in Fairview Park, Ohio, had made racist comments which included affirming that "abolishing slavery was the worst thing we could have done" and that "these people should be exterminated": It's unclear why the meme gained traction in 2018, because the incident it referenced took place back in 2014.

On 19 December 2014, the alternate weekly newspaper Cleveland Scene published screen shots of YouTube comments posted by Aaron McNamara, who at the time was a civilian volunteer with Fairview Park Police Department -- with aspirations of becoming a federal law enforcement agent. In his comments, McNamara employed a range of invective directed at African-Americans, including the N-word. He also wrote about wanting to commit violence against members of the black community and cheered the use of force by police officers against them.

The Fairview Park Police Department reacted quickly to the story, asking McNamara to resign the same day it was published, a request he complied with.

Many of McNamara's comments were posted to the YouTube video platform, but some were also left on social media networks such as Google+ and Twitter, according to the Scene. A screen shot published by the Scene shows McNamara writing in February 2014 that "Abolishing slavery was the worst thing we could have done. These people should be exterminated ... Unbelievable." The comment was left in response to a YouTube video entitled "Hood fight."

Although the meme above implies that McNamara was a full officer in the city just west of Cleveland, the police department's press release announcing his resignation noted that he was a civilian volunteer who wasn't sworn and didn't have the authority to make arrests (His title would have been "Auxiliary McNamara," not "Officer McNamara."):

Volunteers in the Auxiliary Force are non-sworn members with no arrest authority. They assist with parades, traffic control, service oriented calls and locking up our parks. The volunteer had been with our agency less than six months and was not yet even allowed out on his own, having only put in 45 hours in the past 5 months.

The City of Fairview Park does not tolerate this type of conduct from any person working or volunteering for this city. During his brief tenure with our agency, the volunteer never displayed any prejudicial leanings, nor did any arise during his background check. In the course of the investigation, he was interviewed, and upon its conclusion, was asked to resign. He is no longer a member of our agency.

McNamara initially denied that he owned the accounts from which the racist remarks were posted, but the Scene pointed out that shortly after they contacted him for comment, the accounts were closed. McNamara had also previously posted his full name and image on the accounts, which allowed the Scene to verify who he was. Furthermore, in his resignation letter, McNamara admitted he wrote the comments:

I, Aaron McNamara was recently informed of the racial remarks I posted on Youtube.com in my juvenile years. The comments I made in those particular videos were a product of my youth and immaturity; by no means am I a prejudice individual. I am an advocate for equality, and I am highly disappointed in myself for the statements I had previously made. I cannot recollect of the most recent comment I was accused of making in February, 2014, but I am not denying the claim.

Despite his claims that he posted the comments in his "juvenile years," McNamara was clearly an adult -- serving as an civilian police volunteer -- at the time he issued the online comments that prompted his resignation.