Have Officials Warned That Someone Is Injecting Poison into Plastic Water Bottles?

A Facebook video alleging that pinholes were found in bottled water caps morphed into rumors that people died after ingesting poisoned water. 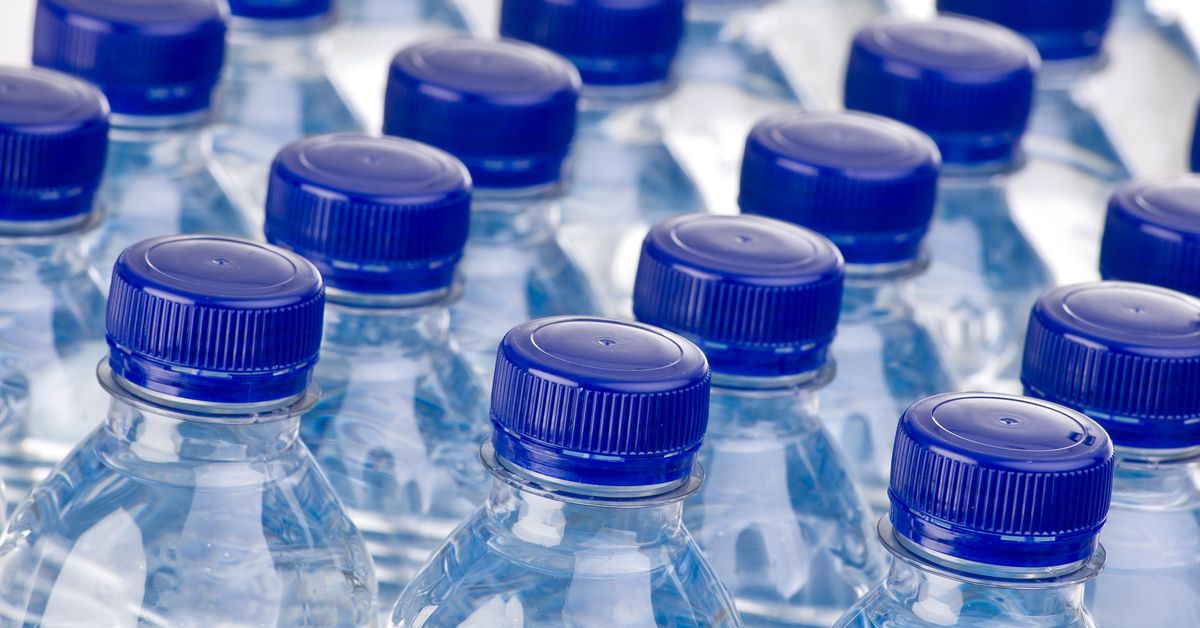 Claim:
Law enforcement officials alerted the public to check the tops of commercially sold bottles of water for tampering because someone is injecting poison into them.
Rating:

In March 2018, we began receiving inquiries from readers about an alert spreading on social media saying that several people had died after drinking bottled water purposely injected with poison.

The minute amount of information provided was vague and unsourced. A post shared via both Facebook and Twitter said the deaths had occurred in "the Richmond area" (no state specified), and that the announcement had been made by the local sheriff:

The same message was shared in texts and e-mails:

Enforcement and Government Officials are asking all to check the tops of every purchased water bottle because someone is going around injecting poison into the tops of water. It's being done so that you do not recognize that the bottle has been tampered with.. You have to turn the bottle upside down and squeeze before opening it. If it leaks throw it away. A few people have already died in the Richmond area.. the Sheriff just made the announcement.

Readers who alerted us to the rumor assumed that the "Richmond" mentioned in the message was either in California or Virginia. The Richmond, California Police Department told us they were unaware of any such incidents; the Richmond, Virginia Sheriff's Office didn't get back to us. In any case, we found no press reports of water bottle tampering or poisoning in either location, much less people dying as a result of such activities. Neither did we find press reports of a law enforcement announcement in that regard.

Had such incidents actually occurred they would have garnered national media attention. Tampering with consumer products with reckless disregard or intent to harm is a federal crime that carries especially stiff penalties in cases that result in serious bodily injury or death.

Its timing suggests that the rumor may have started as a riff on a 3 March 2018 Facebook post purporting to offer photographic proof that the caps of nearly all of the bottles of water in a shrink-wrapped package purchased at in Bennington, Vermont had been pierced with a pin, needle, or similar sharp object: A video attached to the above post has since reappeared in messages by other users claiming that the water was purchased elsewhere in the United States (South Carolina, for example).

As a number of Facebook commenters observed after viewing the video (see below), the outside packaging shows no evident signs of being punctured. They also pointed out that the shrink wrap had already been torn open when the footage begins, and there are no apparent signs of water leakage inside it.

Possible explanations for the punctured caps include a manufacturing mistake of some kind, tampering prior to the bottles being packaged, or tampering by the purchaser after the package was opened. The author of the original Facebook post has repeatedly insisted that the video accurately documents the condition in which the product was found. She also says the incident was reported to the Walmart store where the water was purchased. A customer service representative at the Walmart Superstore in Bennington told us she was unaware of any such reports.

On 22 March the Bennington Police Department issued a statement saying the incident had been reported to them and an active investigation was underway. The statement noted that the both the customer and the staff at the Walmart store were cooperating, and that the latter had been "diligent in their effort to ensure the water at the store is safe to sell to consumers." It also revealed that a month had passed between the time the water bottles were purchased and the holes were first noticed by the customer. Two persons had consumed some of the water but did not get sick or suffer any ill effects.

"Currently, there does not appear to be any danger to the public," the statement said. There have been no subsequent press releases on the case.

The host of a YouTube video uploaded on 19 March (and since deleted) suggested that the bottles could have had poison injected into them. In keeping with the time-honored process of rumor formation, what started as a speculative notion went on to be shared and repeated by others as established fact.

Naturally, if someone is injecting poison into water bottles, someone else must have drunk it and died. Naturally, if someone died, law enforcement officials would alert the public. It all adds up, except for one thing — if any of it were true you'd have heard about it from a more reliable source than an Internet meme.