Did Anderson Cooper Liken Trump to an 'Obese Turtle'?

And do turtles make accusations about election malfeasance? 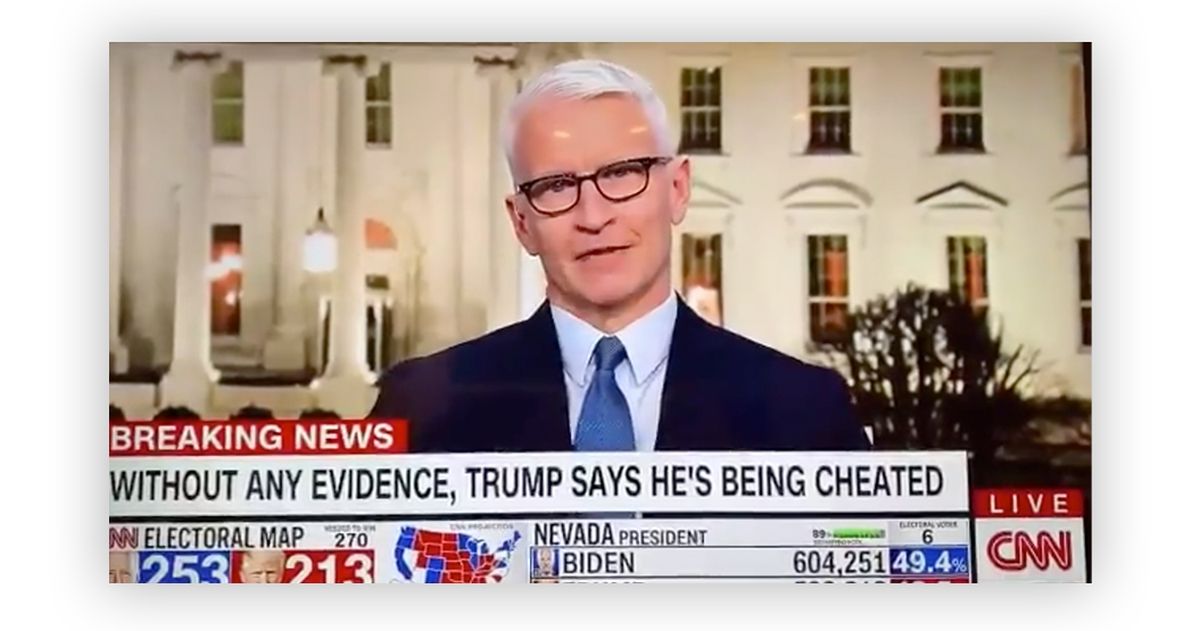 Claim:
CNN anchor Anderson Cooper likened U.S. President Donald Trump to an "obese turtle on his back flailing in the hot sun."
Rating:

On the evening of Nov. 5, 2020, U.S. President Donald Trump held a press conference in which he accused Democrats of attempting to steal the 2020 U.S. presidential election. Commenting directly after the press conference, CNN anchor Anderson Cooper said:

"That is the President of the United States. That is the most powerful person in the world. And we see him like an obese turtle on his back, flailing in the hot sun realizing that his time is over."

The remarks, which were viral enough to appear in the webcomic The Oatmeal, are authentic, as seen in the CNN video below:

As such, the quote is "correctly attributed" to Anderson Cooper.