Did President Obama Say We Deserved 9/11?

Reports that President Obama said the United States 'deserved 9/11' for not respecting Islam originated with a junk news site. 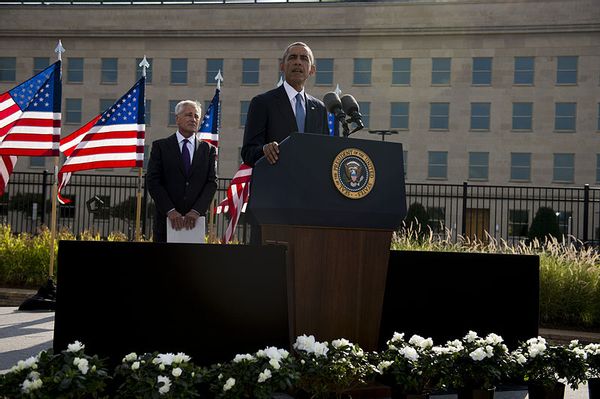 Claim:
President Obama said that the United States deserved being attacked by terrorists on 9/11 because we didn't respect Islam.
Rating:

On 12 September 2016, the deplorable clickbait site Departed published an "article" reporting that President Obama had said that the United States "deserved" being attacked by terrorists on 9/11 because we didn't "respected Islam" [sic]: The "article" consisted of the above-displayed tweet sent out by @DailyNewsOfUSA (a shill social media account for Departed), and a fake tweet ostensibly sent by President Obama himself: The latter message was never posted by President Obama or issued via a White House account.

While Departed made it appear as if President Obama had made this inflammatory comment during an appearance captured on video, the image was actually taken from a speech the President gave about climate change in August 2016:

Departed frequently publishes inflammatory "articles" which consist of little more than baseless claims and fake tweets. The web site has previously published stories falsely accusing President Obama of saying that we should respect terrorists and that he planned on removing the Statue of Liberty because it offends Muslims.