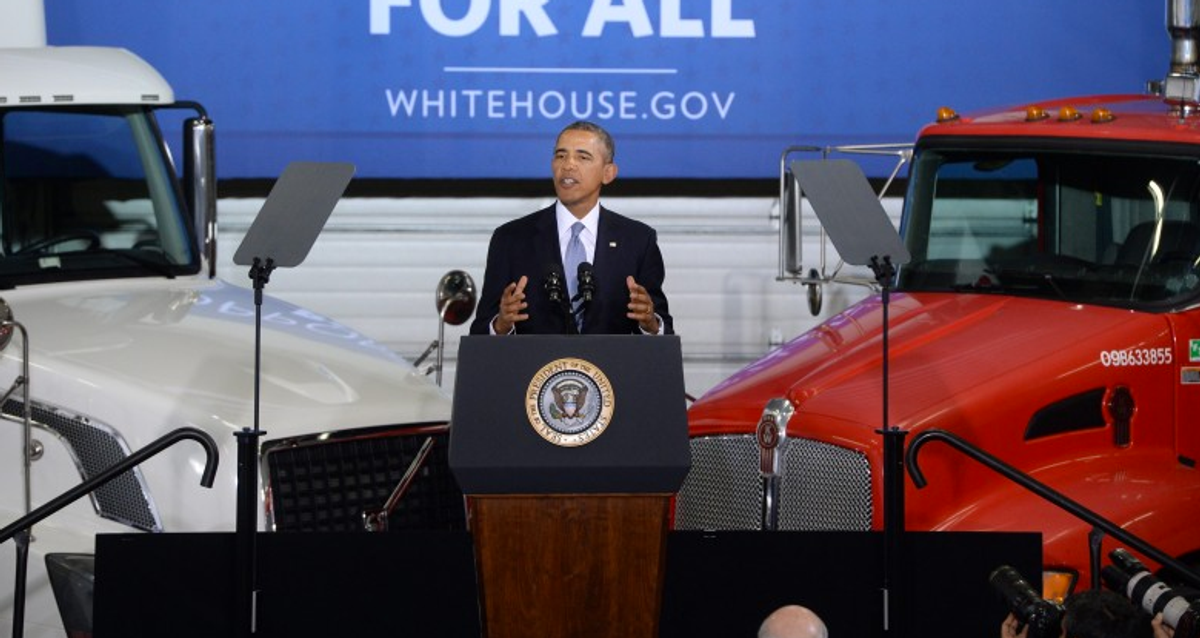 A 14 July 2016 Bastille Day attack in Nice claimed more than 80 lives when a man plowed through a large crowd of celebrants with a truck. Almost immediately, gun rights advocates began pointing out that the attacker had killed dozens of people without the use of a gun, prompting inevitable comparisons of calls for more stringent regulation of firearms with the folly of blaming vehicles and drivers for massacres such as the Nice tragedy:

tfw you tell a US gun lover to stop using Nice attack as "proof" assault rifles are amazing & a cascade of morons descends on ur mentions ?

Some pundits arguing these points linked to an article published on the web site Political Writing Game as a real-life example of what they were asserting, that now the U.S. would foolishly be implementing "truck control" as a means of heading off future attacks like the one in Nice:

The Obama Administration announced immediate measures to prevent a repeat of the attack in Nice, France, in which a French Tunisian radicalized by years of mistreatment in France, drove a truck down the Promenade des Anglais into a crowd watching Bastille Day fireworks, killing 84 people and injuring 303.

“Effective immediately, and in view of the terrible tragedy in Nice, my Administration will impose strict truck controls on everyone in the United States,” said President Obama. “Today, I have issued an executive order requiring an extensive FBI background check on anyone attempting to buy or use a truck. The purchaser will have to fill out a lengthy application explaining why he needs a truck, and the application will limit the number of wheels that the truck can have.” Presidential press secretary Josh Earnest clarified that any buyer wanting to acquire, rent or use a truck with more than 4 wheels would have to submit to an additional background check. He added that the definition of wheel falling under this limit includes both a steering wheel and any tires. Earnest explained, “The President imposed an executive order because the attack in France demonstrates that an immediate danger to the American people exists, one that cannot wait for the Republican-dominated Congress to act.”

Likely most of these pundits experienced the Political Writing Game article only as previewed on social media, referencing it without opening the underlying link and reading the article through. Had they done so, they might have noticed that the article's opening line identified it as "A satirical speculation on how the President will react to the Nice Terrorist Attack" (and that its authorship was attributed to "Winston Churchill").

Political Writing Game describes itself as a discourse-based project, not a news outlet. Although their satirical item about President Obama's plan to ban trucks after the Nice attack was mistaken by some for real news, the site isn't aimed at spreading fake news (unlike the majority of "satire" pages).

The rumor got an additional boost when the web site Joe for America published a post suggesting that President Obama had called for "stricter truck control laws," before quickly noting, "[o]kay, he didn't do that." Again, readers frequently shared that piece without clicking through to discover that it was purely satirical in intent.