Did the Obama Administration Use Tear Gas Once a Month at the Border?

Conservative web sites accurately presented the frequency of tear gas use during the final five years of Barack Obama's presidency, from 2012 to 2016. 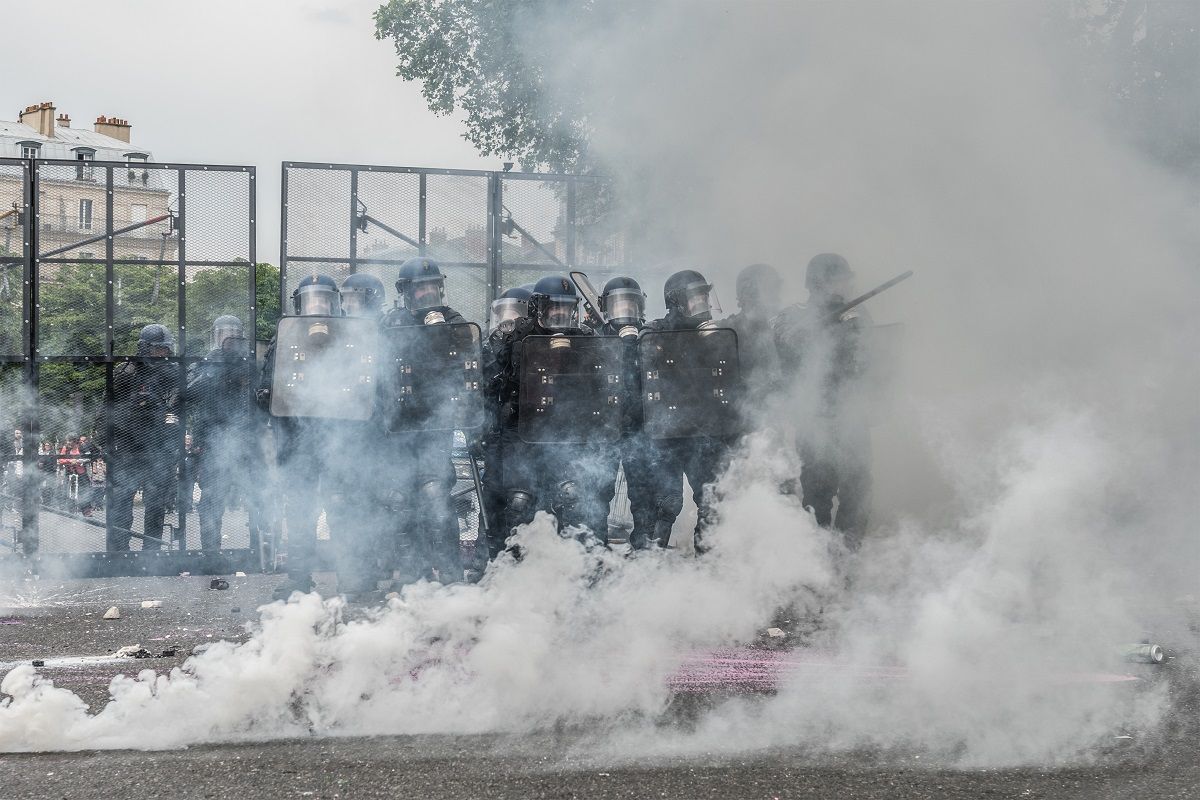 Claim:
Customs and Border Protection agents used tear gas at a rate of about once a month during the presidency of Barack Obama.
Rating:

Customs and Border Protection agents used tear gas 1.3 times per month on average between 2012 and 2016, the final five years of Barack Obama's tenure as president.

Figures are not available for the first few years of Obama's tenure as president, from 2009 to 2011.

On 25 November 2018, U.S. Border Patrol agents fired tear gas canisters at a group of migrants who had broken away from a larger "caravan" of hundreds and attempted to cross from Mexico into the United States at the San Ysidro port of entry near San Diego, California.

In a phone call with reporters, U.S. Customs and Border Protection (CBP) Commissioner Kevin McAleenan asserted that some of the migrants attempting to rush across the border had also thrown "rocks and other projectiles" at CBP agents.

The use of tear gas was met with outrage from many quarters, particularly among opponents of President Donald Trump, and especially after photographs emerged that showed women and children fleeing from dispersed tear gas canisters:

Against this backdrop, conservative web sites claimed that tear gas had also been used on the southern U.S. border during the tenure of former President Barack Obama and accused liberal opponents of President Trump of hypocrisy and political opportunism for their criticism of his administration's use of tear gas in November 2018.

On 26 November, the Washington Times published an article whose headline declared that "Tear gas [was] used once a month at border under Obama":

The same tear-gas agent that the Trump administration is taking heat for deploying against a border mob this weekend is actually used fairly frequently — including more than once a month during the later years of President Barack Obama’s administration, according to Homeland Security data.

U.S. Customs and Border Protection has used 2-chlorobenzylidene malononitrile, or CS, since 2010, and deployed it 26 times in fiscal 2012 and 27 times in 2013. The use dropped after that, but was still deployed three times in 2016, Mr. Obama’s final full year in office.

On 27 November, White House Press Secretary Sarah Huckabee Sanders repeated this talking point in responding to a question about the use of tear gas:

Let's also not forget that this isn't the first time that non-lethal force like this has been used. In fact, tear gas was used on average once a month during the Obama administration for very similar circumstances. In fact, they were actually for far less [sic] circumstances, because they didn't have the same numbers and the mass rush that we're seeing, in this caravan, take place.

Customs and Border Protection (CBP), an agency of the Department of Homeland Security, provided us with data that corroborated the figures presented in the Washington Times article and by Sanders.

CBP measures the use of force by their agents in two ways: an "incident" describes a case in which an agent deploys force (whether a firearm or a "less-lethal device" such as tear spray or pepper spray), and a "singular use of force" takes into account the number of individuals affected by that incident. So, for example, if a Border Patrol agent used tear gas against a group of 10 people, that would count as one incident but 10 "singular uses of force."

These figures show that from 2012 to 2016, the final five years of Obama's tenure as president, CBP agents used CS gas (tear spray) in 79 incidents, which is the equivalent of 15.8 incidents per year, or 1.3 per month.

These figures support the claim made in the Washington Times article, although it should be noted that figures are not available for the first few years of Obama's tenure, from 2009 to 2011.

During the 2017 fiscal year (for most of which Donald Trump was President) and the 2018 fiscal year, 47 tear spray incidents took place, which works out as just shy of two per month. Although there are only two years' worth of data to go on, so far the use of tear gas by CBP agents has increased under the Trump administration.

Democrats are expressing outrage that U.S. border agents on Sunday shot rounds of tear gas at caravan migrants who threw rocks at law enforcement while trying to breach the U.S.-Mexico border. But critics hammering the Trump administration are glossing over a similar episode that occurred under then-President Barack Obama.

In 2013, during the Obama administration, Border Patrol agents reportedly used pepper spray to fend off a group of approximately 100 migrants who attempted to rush the same San Ysidro port of entry. A San Diego Union-Tribune article at the time reported that agents fired "pepper balls" and used other “intermediate use-of-force devices” to repel the crowd. The migrants involved in that confrontation also reportedly threw rocks and bottles at U.S. authorities.

The 2013 incident was also the focus of a widely shared 26 November article by the conservative Washington Examiner.

These reports are also accurate and describe a real incident from November 2013 which was not widely reported but was covered by the San Diego Union-Tribune:

A group of about 100 people trying to illegally cross the border near the San Ysidro port of entry threw rocks and bottles at U.S. Border Patrol agents, who responded by using pepper spray and other means to force the crowd back into Mexico, federal officials said ...

The incident occurred about a quarter-mile west of the San Ysidro border crossing in the Tijuana River channel. No one was seriously injured, no shots were fired and no arrests were made, said Mary Beth Caston, a Border Patrol spokeswoman.

The group first approached a lone agent stationed about 1/8 of a mile north of the border. They ignored his commands to stop, so he fired pepper balls to try to stop them and protect himself, Caston said. As the crowd kept advancing and throwing rocks and bottles, she said, more agents came to the scene and used other “intermediate use-of-force devices” to push back the group.

The Associated Press also reported on the 24 November 2013 incident:

In the latest confrontation, people crossed the border west of the San Ysidro Port of Entry and got about an eighth of a mile north when a Border Patrol agent ordered the group to stop. The agent fired pepper-balls when the crowd kept coming, the Border Patrol said, and as the people grew unruly other agents arrived and used so-called "intermediate use-of-force devices," such as pepper-ball launchers, to drive the crowd back across the Tijuana River.