Did Trump Direct the U.S. Embassy in South Africa Not to Give Obama Any Assistance During His Trip There?

A South African newspaper reported that the Trump administration directed the U.S. Embassy in Pretoria, South Africa, not to assist in Obama's trip honoring Nelson Mandela. 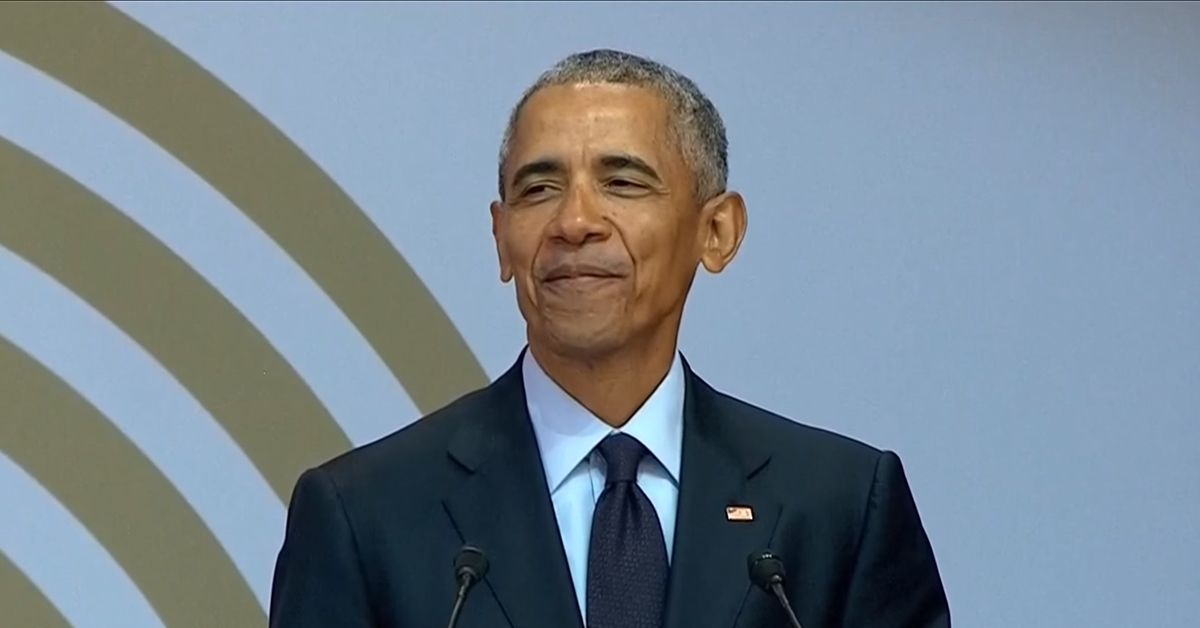 Claim:
The Trump administration gave a directive to the U.S. embassy in South Africa not to assist former President Obama during his trip there.

On 18 July 2018, South African newspaper The Citizen reported that the Trump administration had directed the American embassy in Pretoria, South Africa, not to provide any assistance, other than security, to former President Barack Obama during the latter's visit there celebrating the 100th birthday anniversary of late anti-apartheid icon Nelson Mandela. Citing a highly-placed source, The Citizen reported:

‘Instructions by Washington’ were that no assistance other than security be given to the former US president – a break from diplomatic tradition.

The Mandela 100 commemoration became a mini battlefield in the ongoing US political war this week, as the Trump administration ordered that Barack Obama not be given any assistance other than security arrangements by the American embassy in South Africa.

The high-profile visit by the former president was mainly arranged and coordinated by the Nelson Mandela and Obama foundations, with no assistance from the US embassy in Pretoria – a break from the diplomatic tradition of offering support to any visiting American leader.

None of the US embassy staff had to play any role due to “instructions by Washington” that Obama should not be provided any assistance, according to a highly placed source.

In the past, the US embassy has always provided full support to any visiting American leader regardless of party affiliation.

Charles Cilliers, digital editor for The Citizen, followed up with us two weeks after the article was originally published and said the newspaper stands by its report, noting their source is a "well-placed member of staff at the embassy itself."

Cilliers also pointed out that the U.S. embassy in Pretoria effectively corroborated The Citizen's report by confirming it helped only with security during Obama's visit. The embassy also did not deny receiving a directive from the White House instructing staff not to provide any further assistance beyond that in a statement to The Citizen quoted in a follow-up story dated 21 July 2018:

“We are certainly honoured that the Nelson Mandela Foundation chose an American to be the speaker at their annual Mandela Lecture this year. The respect and admiration Obama had for Nelson Mandela is shared by many American leaders and citizens.”

The high-profile visit by the former president was mainly arranged and coordinated by the Nelson Mandela and Obama foundations. The scant assistance from the US Embassy in Pretoria was seen by some as a break from the diplomatic tradition of offering support to any visiting American leader.

We reached out to the U.S. State Department and asked directly whether any instructions were given by the Trump administration regarding assistance from the embassy for Obama's visit, and whether former Obama or his foundation requested any assistance other than security. We receive the following response from a State Department spokesperson:

Former President Barack Obama’s visit to South Africa was a private visit by a former president. He was in South Africa as a private citizen. Any questions regarding his visit should be directed to the Obama Foundation or its representatives. The U.S. Embassy in Pretoria supported U.S. agencies providing security for the former President.

We also reached out to the Obama Foundation and the White House but received no answers to similar questions by press time.

It's no secret the relationship between U.S. President Donald Trump and Barack Obama is a contentious one. During his visit to South Africa, Obama gave a widely-viewed speech in Johannesburg honoring Mandela in which he took a swipe at what some interpreted as Trump's proclivity to stretch the truth, decrying the "utter loss of shame among political leaders where they’re caught in a lie and they just double down and they lie some more."

For his part, Donald Trump long promoted the "birther" conspiracy theory that falsely claims Barack Obama was born in Kenya and therefore was ineligible to serve as President of the United States. We will update this story pending further information.

This article has been updated to reflect comments from The Citizen's digital editor and additional reporting by the newspaper supporting their original report.