Obama Did Not Wear Shutter Shades After 2016 SOTU

A photograph showing President Obama wearing American flag glasses was not taken after the 2016 State of the Union address. 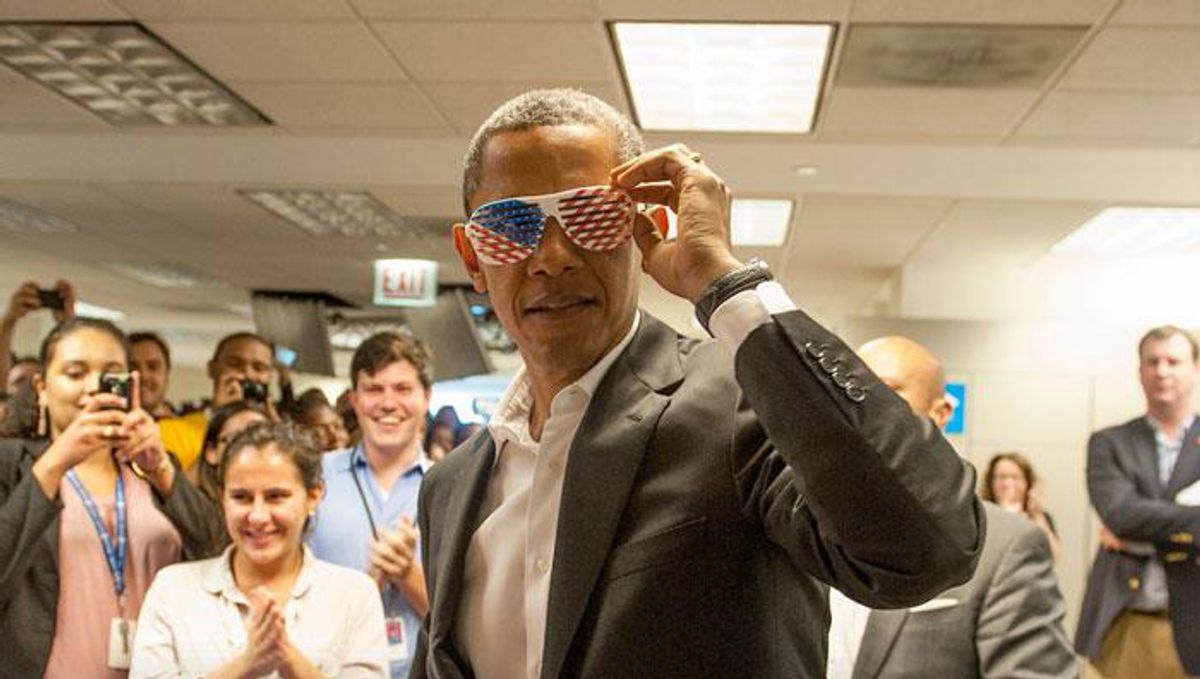 The photo was taken after the State Of The Union Address in 2016.

Shortly after President Obama finished delivering his final State of the Union address on 12 January 2016, the above-displayed image started circulating on web sites such as Twitter, Imgur, and Reddit.

While this image was frequently shared along with the claim that it showed President Obama after his "mic drop" at the 2016 SOTU, this is not the case. This image is real, but actually dates back to 2012.

According to an article in The Wire, the photograph was taken at Obama's campaign headquarters in Chicago. A second photo of Obama in American flag shutter shades was posted to the President's Twitter account on 6 November 2012 in an attempt to encourage young people to vote: