Did Obama Urge US Pandemic Preparedness in 2014?

"There may and likely will come a time in which we have an airborne disease that is deadly," said the former president. 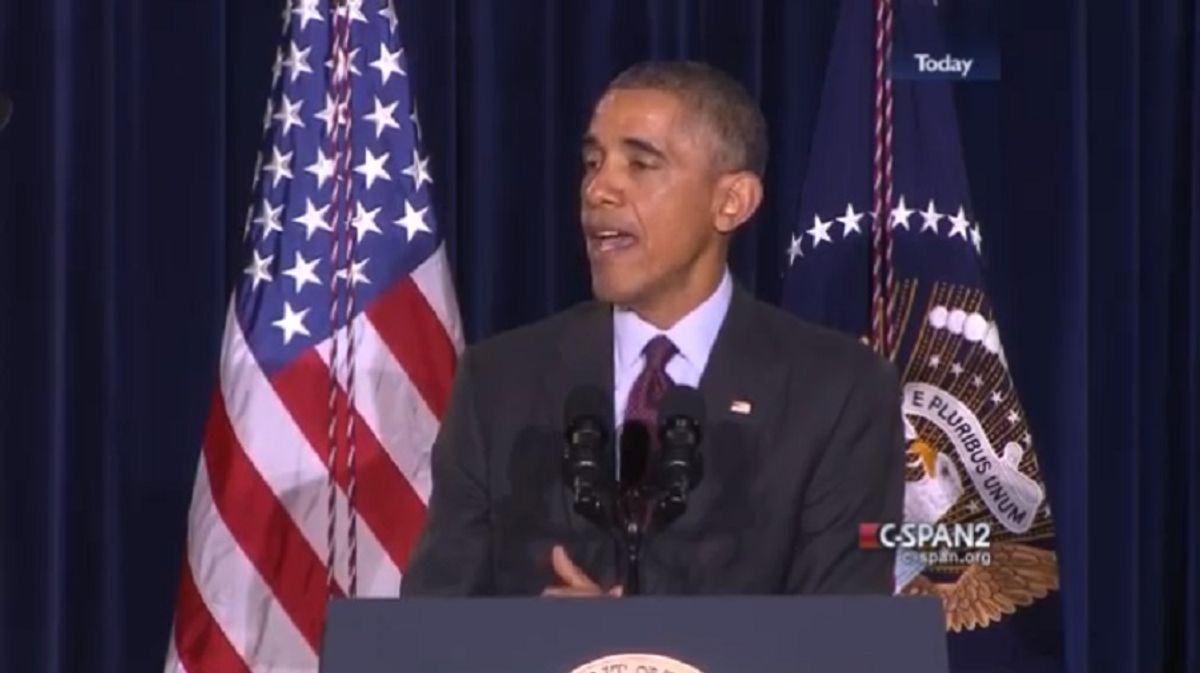 In the United States, one of the most controversial issues surrounding the COVID-19 coronavirus disease pandemic of early 2020 was a debate over whether the Trump administration failed at adequately preparing the country for such an outbreak, and in responding to it in a timely and effective manner once it hit the U.S.:

President Donald Trump’s failure to respond to the coronavirus pandemic didn’t begin with the administration’s inability to send out the millions of test kits and the protective medical gear for health care workers that experts say are needed to tackle the crisis. It didn’t start with Trump’s bungled messaging downplaying the crisis even as it’s worsened, nor with his mid-March insistence that social distancing measures could be lifted by Easter (he later backpedaled).

It began in April 2018 — more than a year and a half before the SARS-CoV-2 virus and the disease it causes, Covid-19, sickened enough people in China that authorities realized they were dealing with a new disease.

The Trump administration, with John Bolton newly at the helm of the White House National Security Council, began dismantling the team in charge of pandemic response, firing its leadership and disbanding the team in spring 2018.

The cuts, coupled with the administration’s repeated calls to cut the budget for the Centers for Disease Control and Prevention (CDC) and other public health agencies, made it clear that the Trump administration wasn’t prioritizing the federal government’s ability to respond to disease outbreaks.

That lack of attention to preparedness, experts say, helps explain why the Trump administration has consistently botched its response to the coronavirus pandemic.

In response to such criticisms, U.S. President Donald Trump sought to affix blame on other people and entities, including his predecessor in the White House, Barack Obama:

Trump's critics countered his excuses by, among other means, producing a video clip said to date from 2014 (a full five years before the beginning of the COVID-19 pandemic) and seemingly showing Obama strongly urging that the U.S. invest in creating an infrastructure for dealing with an "airborne disease that is deadly" that would "allow us to see it quickly, isolate it quickly, respond to it quickly":

This is indeed a correctly identified video clip which captured Obama's remarks when he paid a Dec. 2, 2014, visit to campus of the National Institutes of Health (NIH) in Bethesda, Maryland, to call for more funding for Ebola research:

President Barack Obama visited the NIH campus on Dec. 2 to see firsthand the progress that biomedical research is making against Ebola virus disease.

The President toured the NIH Vaccine Research Center and met with scientists who are working hard to develop ways to combat this deadly virus that continues to devastate West Africa. And, in a speech before a packed auditorium at the NIH Clinical Center, the President praised the contributions of NIH staff. He also emphasized the need for emergency Congressional authorization of resources to ensure that the nation's research and public health efforts against Ebola will lead as quickly as possible to an end to this devastating outbreak.

Obama stressed the importance of investing in research for the long term. "If and when a new strain of flu, like the Spanish flu, crops up five years from now or a decade from now, we've made the investment and we're further along to be able to catch it," he said. "It is a smart investment for us to make. It's not just insurance; it is knowing that down the road we're going to continue to have problems like this -- particularly in a globalized world where you move from one side of the world to the other in a day."

A full transcript of Obama's address at the NIH can be viewed here, while the portion excerpted in the video clip seen above read as follows:

We can’t say we’re lucky with Ebola because obviously it’s having a devastating effect in West Africa, but it is not airborne in its transmission.

There may and likely will come a time in which we have both an airborne disease that is deadly. And in order for us to deal with that effectively, we have to put in place an infrastructure -- not just here at home, but globally -- that allows us to see it quickly, isolate it quickly, respond to it quickly. And it also requires us to continue the same path of basic research that is being done here at NIH that [Dr.] Nancy [Sullivan] is a great example of. So that if and when a new strain of flu, like the Spanish flu, crops up five years from now or a decade from now, we’ve made the investment and we’re further along to be able to catch it. It is a smart investment for us to make. It’s not just insurance; it is knowing that down the road we’re going to continue to have problems like this -- particularly in a globalized world where you move from one side of the world to the other in a day.

So this is important now ...

The White House — Office of the Press Secretary.   "Remarks by the President on Research for Potential Ebola Vaccines."     2 December 2014.