A fake news story reporting that President Obama stated he was considering moving to Canada if Donald Trump were elected was aggregated by at least one non-satire publication. 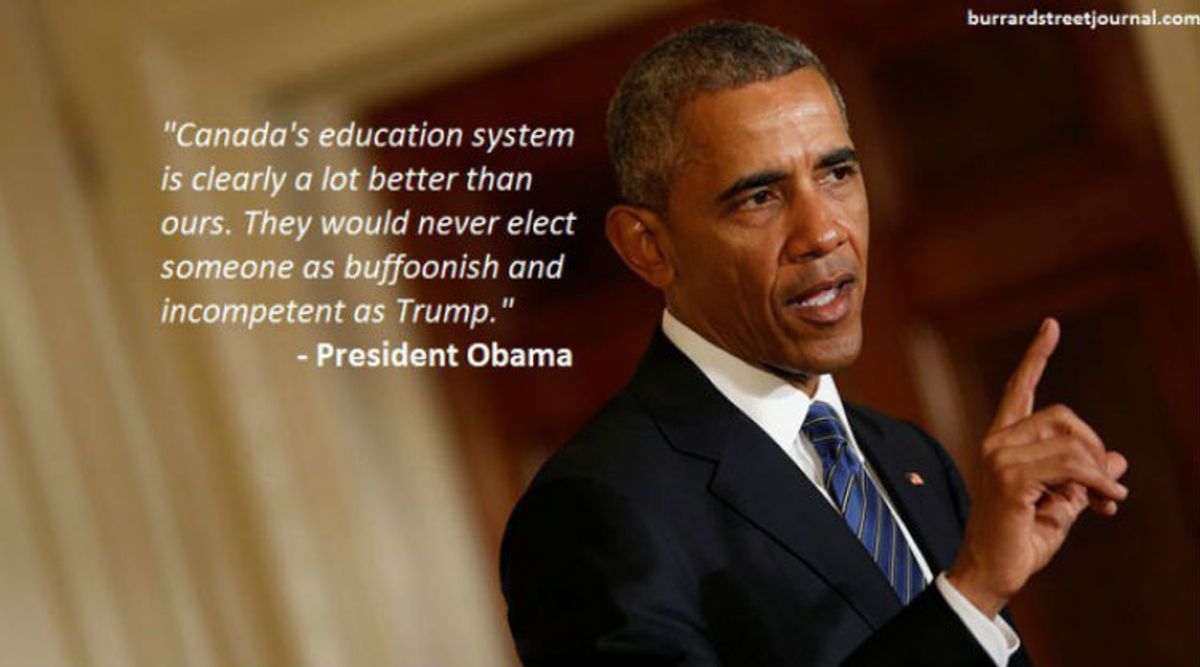 Image Via The BS Journal

Claim:
President Obama declared that he would move his family to Canada if Donald Trump were elected president.
Rating:

On 7 August 2016, the Burrard Street Journal web site published an article reporting that President Obama and his family were planning on moving to Canada if Donald Trump were to be elected President of the United States:

President Obama has admitted for the first time, that he and his family are “seriously considering” moving to Canada if Donald Trump is elected the 46th president of the United States. The news comes after Obama launched a scathing attack on Trump, calling him “woefully unprepared” and “unfit to be president”.

The current U.S. president was speaking to the White House press corps when he expressed his “deep disappointment” with the republican party’s nominee, leading him and the First Lady to explore other options. “It’s something Michelle, the kids and I have discussed as a potential solution to the Donald,” he said. “I have also spoken with Prime Minister Trudeau who outlined Canada’s generous immigration policy for wealthy individuals, so we’ll see.”

This story was just a fabrication from the Burrard Street Journal (i.e., the BS Journal), a web site that exclusively publishes satire and parody:

The Burrard Street Journal is a satire, parody and comedy news site. All articles, videos and images are fictitious and occasionally intended to be humourous. Please feel free to copy and paste this into your comments to prove this site is “bullshit”. Check out our disclaimer below for more info.

Although the BS Journal clearly identifies their content as satirical in nature, the notoriously unreliable web sites Conservative Daily Post and EndingtheFed.com (ETF) referenced this satirical article as if it were real news, with the latter reproducing it in its entirety.