Have Obama Divorce Rumors Been Confirmed?

And is Malia really a talented dulcimer musician? 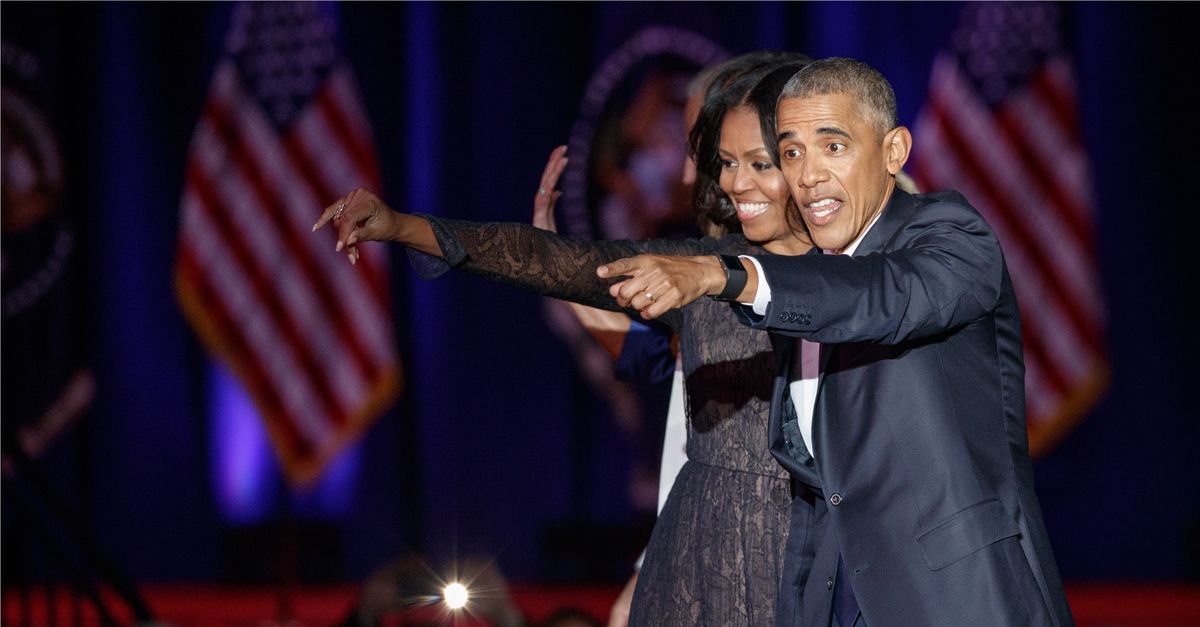 Claim:
Barack and Michelle Obama have filed for divorce in Illinois.
Rating:

In February 2017, the The Last Line of Defense website published an article reporting that Michelle and Barack Obama had filed for divorce in Illinois:

Late last week, a rumor began circulating in Washington social circles that there was trouble in paradise for Barack and Michelle Obama. While there was no confirmation, it was being tossed around that it was Barack looking to dump Michelle. This morning, a filing in the District Court of Cook County, Illinois confirmed that the couple is seeking divorce and that Barack is, in fact, the plaintiff.

According to county docket D4610968L86, Barack Hussein Obama seeks dissolution of marriage from Michelle Obama on grounds of infidelity and irreconcilable differences. The infidelity, according to the Obama’s longtime housekeeper, Analita Consuelo Gonsales, isn’t recent but rather the revelation through a recent DNA test that Obama isn’t the biological father of Sasha or Malia.

We searched the Cook County database for docket D4610968L86 and came up empty-handed, and this story was reported nowhere but on the The Last Line of Defense web site, even though it would have been covered by multiple news outlets around the world were there anything to it.

Of course there was no truth in this article, which originated with The Last Line of Defense, part of a network of junk news sites that publish political misinformation under the guise of proffering "satire."

This article was full of outlandish, baseless, and unbelievable aspects, asserting that a DNA test proved Barack Obama wasn't the biological father of Sasha and Malia, that the Obama children were the product of genetic engineering, that Malia was a talented dulcimer musician (but her talents were being kept secret), that Michelle Obama had announced a 2020 presidential bid, and that Sasha made millions of dollars playing Texas Hold 'Em poker.

According to a tweet Barack sent on Valentine's Day around the same time the fake article was published, the former First Couple were still happily married after 28 years: