Did the Media Ignore Obama Calling Libya a ‘Shit Show’?

President Obama used the term "shit show" in private to refer to the escalating violence in Libya following the death of Muammar Gaddafi. 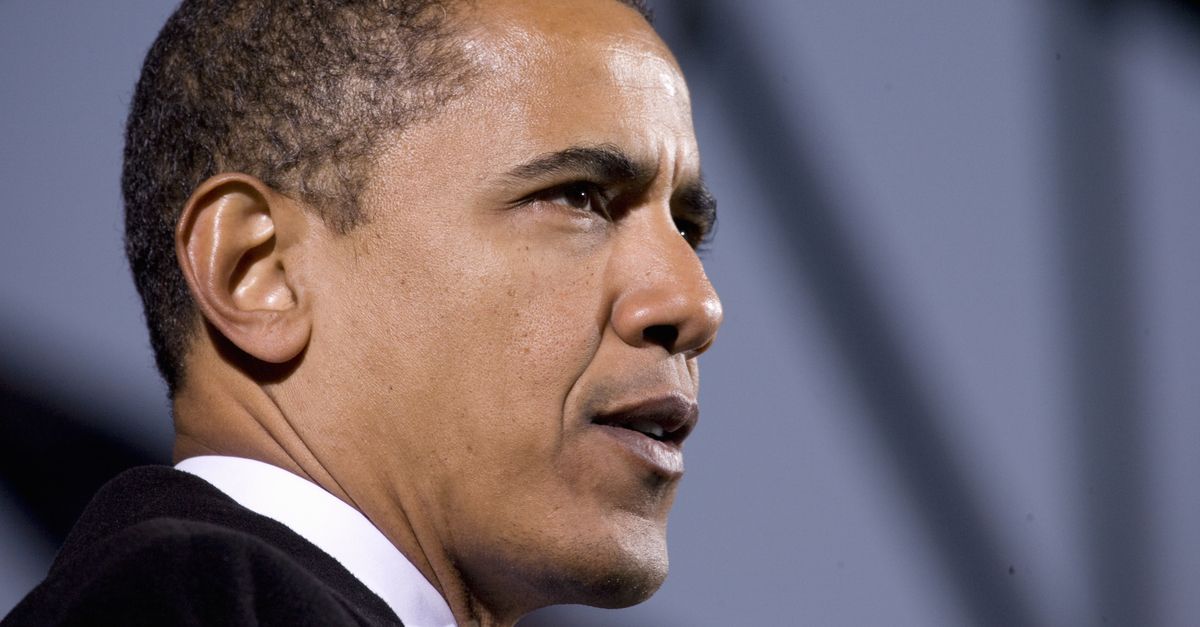 President Obama reportedly used the term "shit show" in private to refer to the escalating violence in Libya following the death of Muammar al-Qaddafi.

President Obama's comment was about an escalating war, not the country itself; Obama's remarks were widely reported by the media at the time.

During an Oval Office meeting on immigration on 11 January 2018, President Donald Trump reportedly used the term "shit hole" in reference to African countries and said that he'd rather take immigrants from places like Norway. The comment was widely condemned in the media (several news anchors bluntly called the president a racist) and countries such as Botswana and Haiti released statements calling for an apology from the President of the United States.

As the fury grew over Trump's comments, some conservative web sites published articles which attempted to defend Trump and paint the media as hypocritical by pointing to a seemingly similar comment President Barack Obama made in 2016.

Truth Feed News, for instance, claimed that Obama used the term "shit show" in reference to Libya and that the remark was ignored by the media:

This round of whataboutery is rooted in some truth—even though it misses the point that beyond the use of a profane term, context and broader implications have earned different responses. Trump's comment, when paired with his isolationist immigration policies and gross generalizations about criminality of black and brown people, was widely interpreted to be racist.

Conversely, Obama reportedly used the term "shit show" in private to refer to the escalating violence in Libya. However, this comment was covered by the mainstream media at the time (something Truth Feed News must have been aware of since they referenced two mainstream reports in their article claiming that the mainstream media ignored the comments).

Obama's coarse language was first mentioned in an interview with The Atlantic:

“So we actually executed this plan as well as I could have expected: We got a UN mandate, we built a coalition, it cost us $1 billion—which, when it comes to military operations, is very cheap. We averted large-scale civilian casualties, we prevented what almost surely would have been a prolonged and bloody civil conflict. And despite all that, Libya is a mess.”

Mess is the president’s diplomatic term; privately, he calls Libya a “shit show,” in part because it’s subsequently become an ISIS haven—one that he has already targeted with air strikes. It became a shit show, Obama believes, for reasons that had less to do with American incompetence than with the passivity of America’s allies and with the obdurate power of tribalism.

“When I go back and I ask myself what went wrong,” Obama said, “there’s room for criticism, because I had more faith in the Europeans, given Libya’s proximity, being invested in the follow-up,” he said. He noted that Nicolas Sarkozy, the French president, lost his job the following year. And he said that British Prime Minister David Cameron soon stopped paying attention, becoming “distracted by a range of other things.”

Outlets such as TruthFeedNews attempted to draw a direct parallel between Obama's "shit show" comment in 2016 and President Trump's "shithole" remark in 2018.

The conspiracy-rooted InfoWars even chastised reporters and implored the mainstream media to "look into BO's vocabulary." Although it's true that Obama and Trump both used a similar vulgarity, these remarks were spoken in different contexts.

Obama was referring to the aftermath of Libyan leader Muammar Gaddafi's death in 2011 which included a civil war and a growing ISIS presence in the country. Obama later said that this was the biggest mistake of his presidency.

Although there are varying accounts of Trump's exact phrasing, his "shithole" remark was made to describe entire nations, in regard to immigration policy:

President Trump grew frustrated with lawmakers Thursday in the Oval Office when they discussed protecting immigrants from Haiti, El Salvador and African countries as part of a bipartisan immigration deal, according to several people briefed on the meeting.

“Why are we having all these people from shithole countries come here?” Trump said, according to these people, referring to countries mentioned by the lawmakers.

It's true that Obama and Trump both used a vulgarity at one point during their presidencies.

However, Obama used the term "shit show" to refer to the escalating violence in Libya following Gaddafi's death in 2011. President Trump used the term "shit hole" to describe countries in Africa and elsewhere during a meeting on immigration in the Oval Office.