While under scrutiny for treatment of migrants, the Trump administration has been shifting blame to its predecessor. 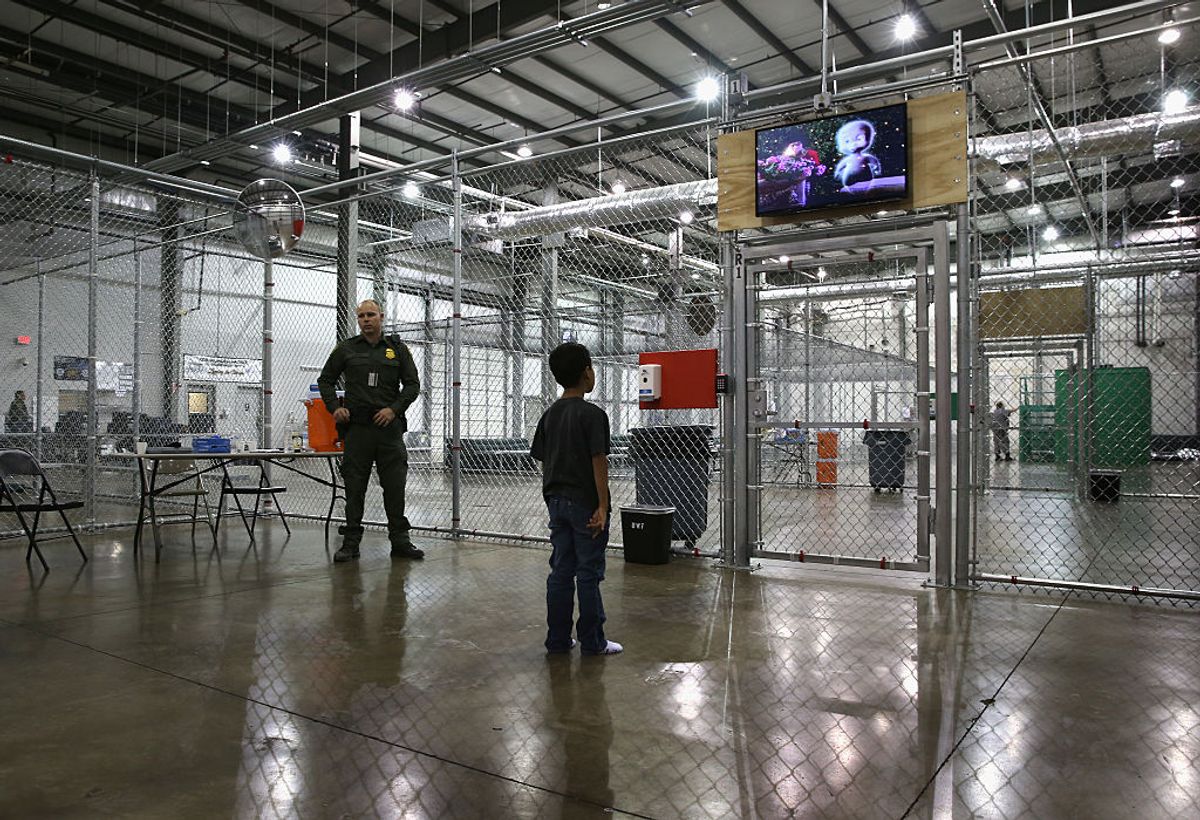 As the well-being of immigrant children in U.S. detention remained a focal point of controversy surrounding the Trump administration in early summer 2019, so did attempts to deflect blame to Trump's predecessor amid accusations of neglect and mistreatment.

During the previous summer, the Trump administration's "zero tolerance" policy of separating immigrant parents from their children was so widely rejected by both political parties that even First Lady Melania Trump took the unusual step of repudiating it. In response to the backlash, U.S. President Donald Trump (falsely) pinned the blame for the child-separation policy on his predecessor, Barack Obama.

One year later, amid an ongoing national crisis of conscience over immigrant children incarcerated in detention facilities at the U.S.-Mexico border, President Trump again attempted to pin the blame on his predecessor. During a contentious interview with Spanish-language network Telemundo, Trump wrongly stated that he had reunited families after they were separated by the Obama administration. (In fact, thousands of children were taken from their parents under the Trump administration's 2018 zero-tolerance policy.)

But then Trump also attempted to deflect outrage over photographs of immigrant children being kept in "cages" by asserting, "Obama built the cages. I didn't build them. Obama built them":

That portion of Trump's commentary was true. Pictures of children behind chain-link fencing were captured at a site in McAllen, Texas, that had been converted from a warehouse to an immigrant-detention facility in 2014. Social media users who defended Trump's immigration policies also shared a 2014 photograph of Obama's Homeland Security Secretary, Jeh Johnson, touring a facility in Nogales, Arizona, in 2014, in which the fencing could be seen surrounding migrants there as well. That picture was taken during a spike in the number of unaccompanied children fleeing violence in Central American countries.

Johnson addressed the issue during a June 2019 interview with the non-partisan think tank The Aspen Institute:

Very clearly, chain link, barriers, partitions, fences, cages, whatever you want to call them, were not invented on January 20, 2017, OK. And what's interesting is Tom Homan made that statement — and under normal circumstances to fact check that, I would have called Tom Homan, who was the director of ICE ERO [Immigration and Customs Enforcement, Enforcement and Removal Operations] while I was secretary, and say, 'Hey Tom, did you guys use these things for ICE facilities?

Johnson was referring to comments made by Trump's former acting ICE Director Thomas Homan (who was director of removal operations at ICE under President Obama). Homan had said during a June 21, 2019, panel discussion hosted by the anti-immigration advocacy group Center for Immigration Studies that "‘The kids are being [housed] in the same facility built under the Obama administration. If you want to call them cages, call them cages. But if the left wants to call them cages and the Democrats want to call them cages, then they have to accept the fact that they were built and funded in FY 2015.”

During the Aspen interview, Johnson said that use of the "cage" detention housing method was supposed to be temporary, and that under the law, children were only supposed to be kept in those facilities for 72 hours before being transferred to the care of the Department of Health and Human Services (HHS). "But during that 72-hour period, when you have something that is a multiple, like four times, of what you're accustomed to in the existing infrastructure, you've got to find places quickly to put kids. You can't just dump 7-year-old kids on the streets of McAllen or El Paso."

The chain-link fences, Johnson said, were to separate people by gender and age until they were released or transferred to HHS's care. They are also present at a detention facility in Clint, Texas.

In early July 2019, as questions about the health of children in border facilities intensified the Trump administration was criticized for locking up young children in "inhumane" conditions for weeks, and for its overall treatment of immigrants in overcrowded detention facilities. Democratic lawmakers who visited the facilities reported unsanitary, dehumanizing conditions. Meantime, at least seven children had died in custody in the span of a year -- an unprecedented number in recent history.

The lawmakers' accounts of what they saw coincided with a news story that revealed a secret Facebook group consisting of Border Patrol agents who "joked about the deaths of migrants, discussed throwing burritos at Latino members of Congress visiting a detention facility in Texas, and posted a vulgar illustration depicting Rep. Alexandria Ocasio-Cortez engaged in oral sex with a detained migrant," as reported by ProPublica.

Many of the children and families in federal detention are refugees fleeing a wave of violence in what is referred to as the Northern Triangle -- Guatemala, El Salvador and Honduras -- with the United Nations reporting that "Current homicide rates are among the highest ever recorded in Central America. Several cities, including San Salvador, Tegucigalpa and San Pedro Sula, are among the 10 most dangerous in the world."

NPR reported in March 2019 that the number of unauthorized entries into the United States via Mexico had increased twofold over the previous year, filling detention centers beyond their capacities. The majority of those border crossings were by families.

Mark, Michelle. "Trump Says 'Obama Built the Cages' That His Administration Has Been Using to Lock Up Migrant Children."   Business Insider. 21 June 2019.