A vague, viral blog post claimed that President Obama had begun "confiscating guns by force," then went on to describe nothing of the sort. 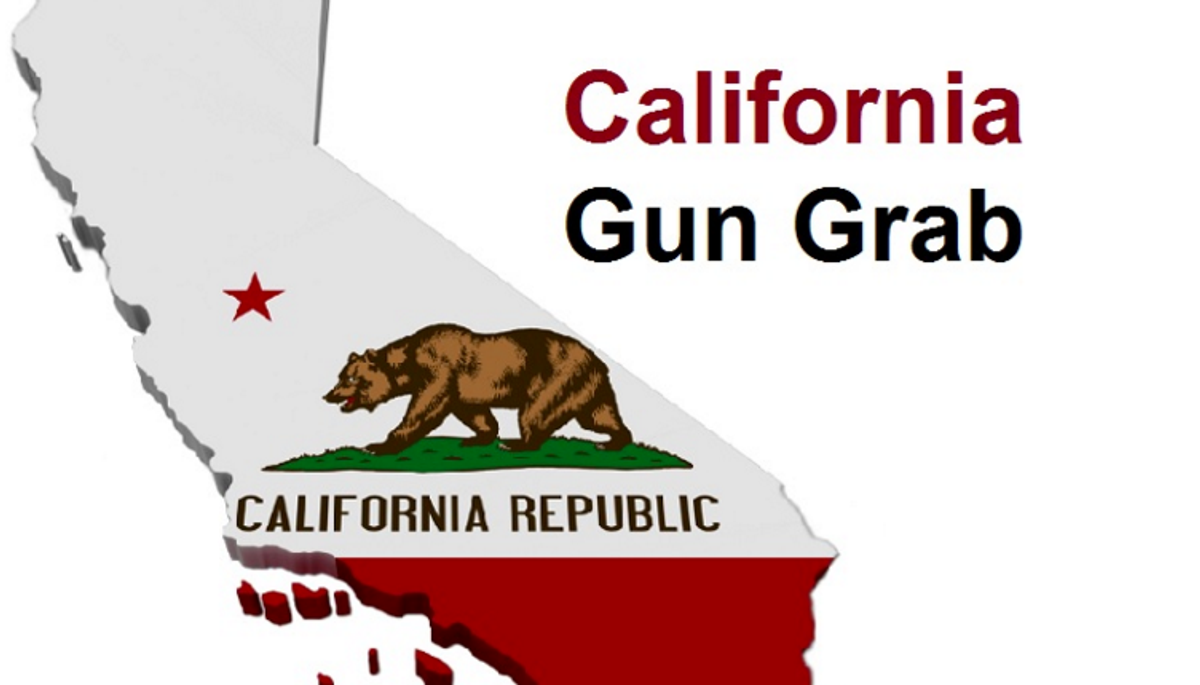 President Obama is confiscating guns by force in California or elsewhere; the law in question was in any way linked to President Obama; under that law, guns will be indiscriminately confiscated by federal agents or law enforcement agents in California.

The headline began with the word "BREAKING," suggesting that whatever followed was an extremely recent development. It continued:

California has just submitted to Obama in a truly sickening way by launching an unconstitutional gun-grabbing plan.

California has officially launched its most unconstitutional program yet, calling it the Armed Prohibited Persons System.  The once supported system is gaining negativity as its true intentions are being played out and acted upon in the name of safety.

The initial intent of the program was to disarm dangerous felons and people with serious mental illness but has since been modified.  The state of California has generalized these categories to include anyone who has committed a felony and anyone who has needed a psychiatrist or taken drugs that benefit your mental state. They then took these generalizations one step further by including anyone involved in a domestic dispute and anyone convicted of a minor misdemeanor.

We were unable to locate any developments pertaining to broad gun policy in California in December 2015, much less any suggesting President Obama was "confiscating" guns "by force."

The words "gun-grabbing plan" linked to a separate article off-site. That article was titled "Forceful Gun Confiscation Begins In California," and published by the web site Mr. Conservative on 28 December 2013. Notably, in the intervening two years between those iterations, no "gun grab" executed "by force" transpired in California. The Mr. Conservative article contained much of the same text verbatim, down to a photograph of a purported firearm confiscation victim and an excerpt from the web site Downtrend.

Neither article provided links to their source material. The Downtrend article, published on 23 August 2013, held that:

Earlier this year, the state legislature expanded the list of what they call "prohibited persons" — people who have legally registered a firearm but, for various reasons, are no longer allowed their Second Amendment rights. These reasons were expanded to include people who are behind on state taxes, did not pay toll fees in a "timely" manner and a wide range of other minor misdemeanors or reported mental health concerns.

In preparation for the crackdown, the state authorized $24 million to hire additional officers to track down 20,000 people on the list. One person on this list was Joe Mendez.

A police officer came to the door and lured Mendez out of his house with a story of a hit and run report. Once outside, he had M16s pointed within inches of his face, was taken into custody and had all weapons removed from his house.

While American Column's rehash was published on 27 December 2015, the Washington Times ran an  article a few days later that noted:

Gun-safety legislation going into effect in California will allow authorities to seize a person's weapons for 21 days if a judge determines there's potential for violence.

Proposed in the wake of a deadly May 2014 shooting rampage by Elliot Rodger, the bill provides family members with a means of having an emergency "gun violence restraining order" imposed against a loved one if they can convince a judge that allowing that person to possess a firearm "poses an immediate and present danger of causing personal injury to himself, herself or another by having in his or her custody or control."

"The law gives us a vehicle to cause the person to surrender their weapons, to have a time out, if you will," Los Angeles Police Department Assistant Chief Michael Moore told a local NPR affiliate. "It allows further examination of the person’s mental state."

It appeared coincidental that material originally written prior to Rodgers' 2014 rampage (the 2013 articles published by Downtrend and Mr. Conservative and lifted for republishing by American Column) circulated at the same time. Nevertheless, social media users expressed concern that some sort of a gun-grabbing spree was underway in California, at the direction of President Obama. Those articles referenced California's "Armed & Prohibited Persons System (APPS)," which was not novel legislation [PDF], and which came into existence in 2001, nearly eight years prior to the inauguration of President Obama.

Even by Washington Times' description, the gun surrender described was not indiscriminate but something triggered by family member concerns that were reported to authorities. It simply allowed for an  "emergency 'gun violence restraining order'" option with respect to individuals armed with guns who were behaving erratically.

The former appeared to be purely scarelore, as no wide-scale confiscations occurred between the three appearances of identical articles. The latter was marginally true, but it involved the acquisition of a formal legal injunction based on the ruling of a judge.