No, a Nuclear Bomb Wasn't Detonated in Ukraine in 2015

Nope. A video of a mushroom-cloud explosion at a chemical plant in Donetsk, Ukraine, erroneously perpetuated the false rumor. 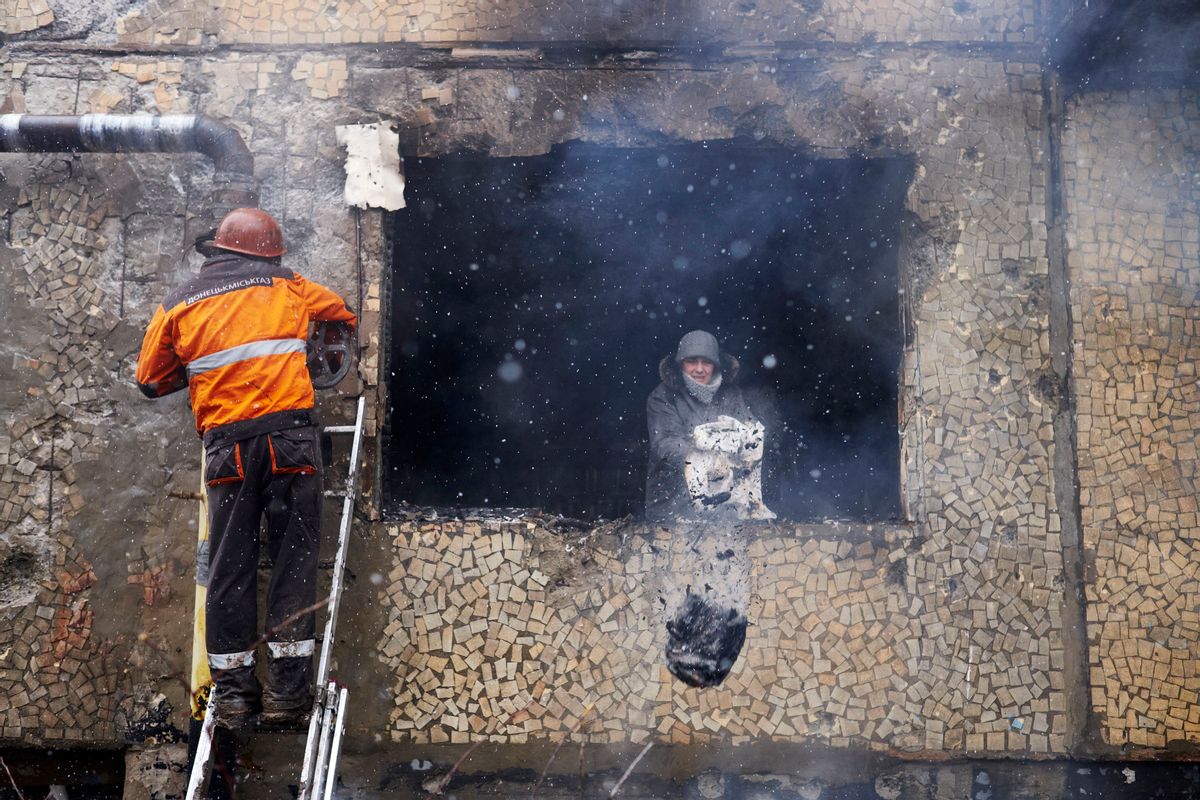 Claim:
A nuclear bomb was detonated in Ukraine in February 2015.
Rating:

On Feb. 8, 2015, the Internet Chronicle website published an article claiming Ukrainian government officials had confirmed the detection of a nuclear blast in that country, with the suggestion the blast originated with a weapon employed by Russian forces:

Ukrainian government officials confirmed a nuclear blast was detected in Ukraine Sunday. No other news is coming out of the area.

Three videos just uploaded show the small nuclear blast below. Nothing more is known at this time, including who launched the weapon or against which target.

The materials appear to have originated from the war-torn region of Ukraine, where separatists are attempting to return control of the former Soviet nation to Russia.

The attack comes after Britain’s defense minister voiced concerns Russia may have “lowered the threshold” for using nuclear weapons.

In their criticisms, Britain warned Russia’s nuclear strategy was being integrated with conventional forces in “a rather threatening way.”

Russia’s new military doctrine reserves the right to use nuclear weapons in a conventional attack that endangers the state’s existence, but some in the military were reportedly calling for a “first strike option.”

The article was accompanied by videos of the purported blast.

However, one such clip actually showed the explosion of an Ukraine chemical plant in Donetsk that was hit by artillery fire on the evening of Feb. 8, 2015, in fighting between forces loyal to Kiev and Russian-backed separatist militias. The resultant blast produced a mushroom cloud resembling those typically seen after nuclear-weapons testing:

A huge blast has rocked the city of Donetsk after pro-Ukraine forces are believed to have bombed a rebel-held chemical plant, in an explosion that has been likened to the dropping of a nuclear bomb.

The explosion took place late on Sunday night near a chemical plant that has been targeted repeatedly by Ukrainian forces since September. DONETSK, UKRAINE: A woman cleans out her damaged apartment in the area near a chemical plant which has suffered artillery shellings on Feb. 9, 2015 in Donetsk, Ukraine. A missile exploded overnight on February 8, 2015 near a chemical plant producing weaponry in a northern suburb of Donetsk, causing a large fireball. Four apartments were burned and many others severely damaged.(Photo by Pierre Crom/Getty Images) DONETSK, UKRAINE: Women inspect the damage inside their apartment in the area near a chemical plant which has suffered artillery shellings on Feb. 9, 2015, in Donetsk, Ukraine. (Photo by Pierre Crom/Getty Images)