Is This What Police Uniforms in Norway Look Like?

A photograph purportedly showing a group of Norwegian police officers in skintight uniforms was digitally manipulated. 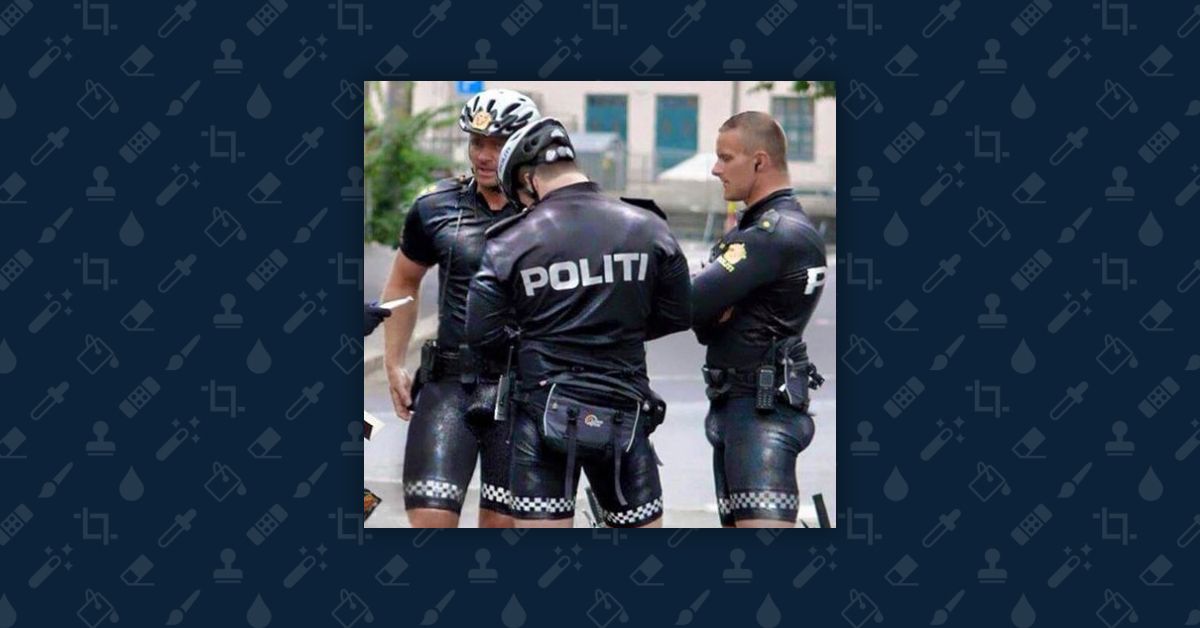 Meanwhile in Norway...Norwegian police uniforms in the Summer are very popular with many women...

This image has been digitally altered to make the uniforms appear tighter and various muscles (and other body parts) appear bigger. When the doctored image made its first appearance in 2015, Kaarttinen told the English-language Norwegian newspaper The Local:

"I was following a Facebook group and suddenly there was a picture that looked really familiar, so I had to go and check, 'is it my picture?'. At first I was a bit surprised and maybe just a little bit disappointed, because there was no request, but then I thought it was kind of amusing."