Is This a Real Satellite View of a North American Blackout?

It's mighty dark in Cleveland tonight. 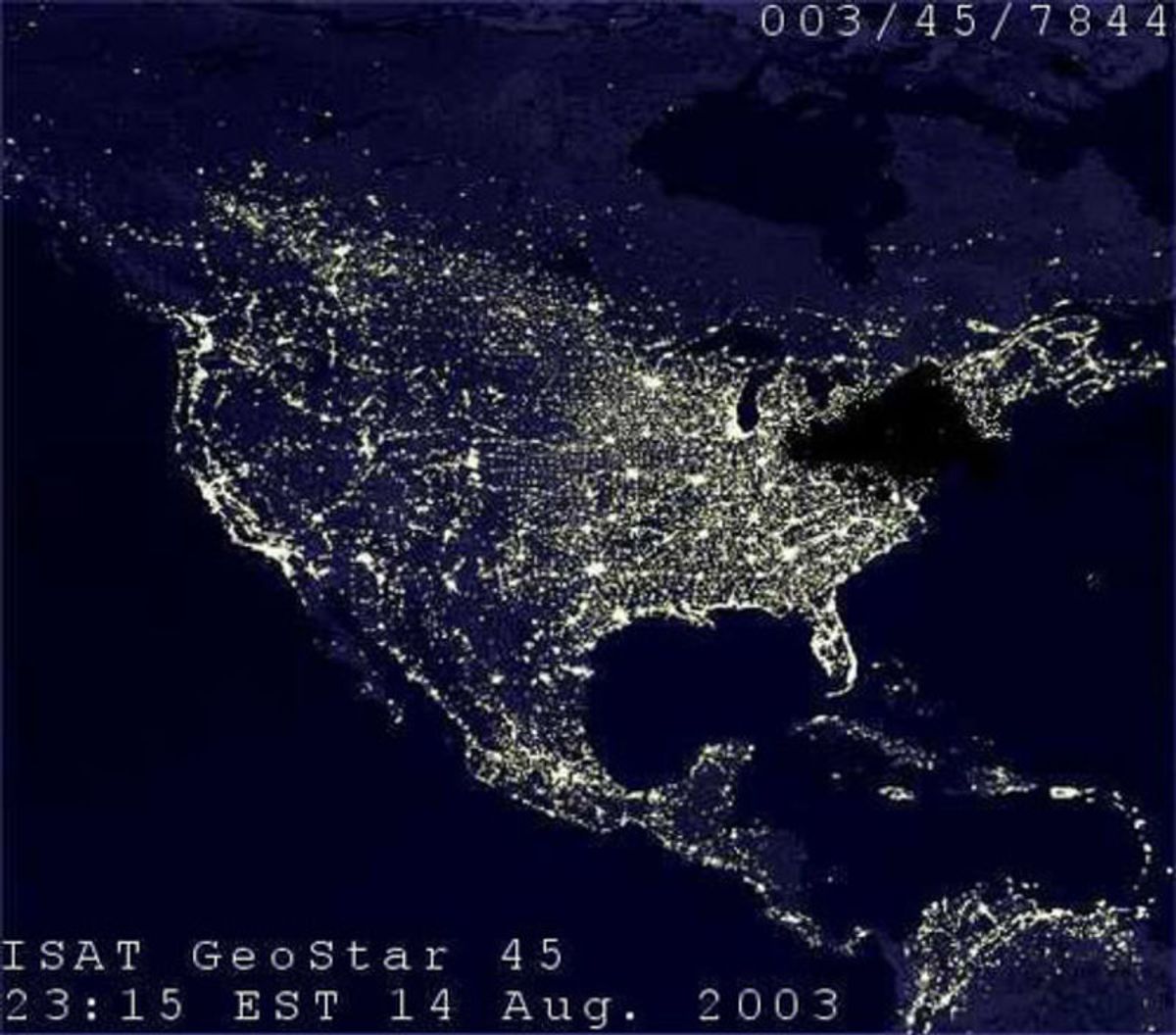 Claim:
A photograph shows a satellite view of a blackout in eastern North America.
Rating:

The following image has been circulated as a satellite photograph of the great blackout which struck the northeastern United States and Canada on the afternoon of 14 August 2003 and lasted well into the next day, darkening many large North American cities (Cleveland, Detroit, Toronto, Ottawa, New York): None of those events produced a power outage produce nearly as total a zone of blackness as depicted in the image shown above. Even in the great blackout of 2003, artificial light was still quite visible throughout many parts of the northeastern region, as shown in the photograph below: Genuine satellite images processed by the Air Force Weather Agency and available on the web site the National Oceanic & Atmospheric Administration (NOAA) show the extent of the blacked-out area at 7 hours after the start of the 2003 blackout and a comparative shot 20 hours before the initial power failure.

The original picture is a composite image of nighttime North America which someone has manipulated with an editing program to darken the northeastern area. Reasons why this is obviously so include the following: