Was a Noah's Ark Theme Park Destroyed in a Flood?

Reports that a Christian theme park featuring a Noah's Ark exhibit was destroyed by a flood which meteorologists termed "an act of God" are fake news. 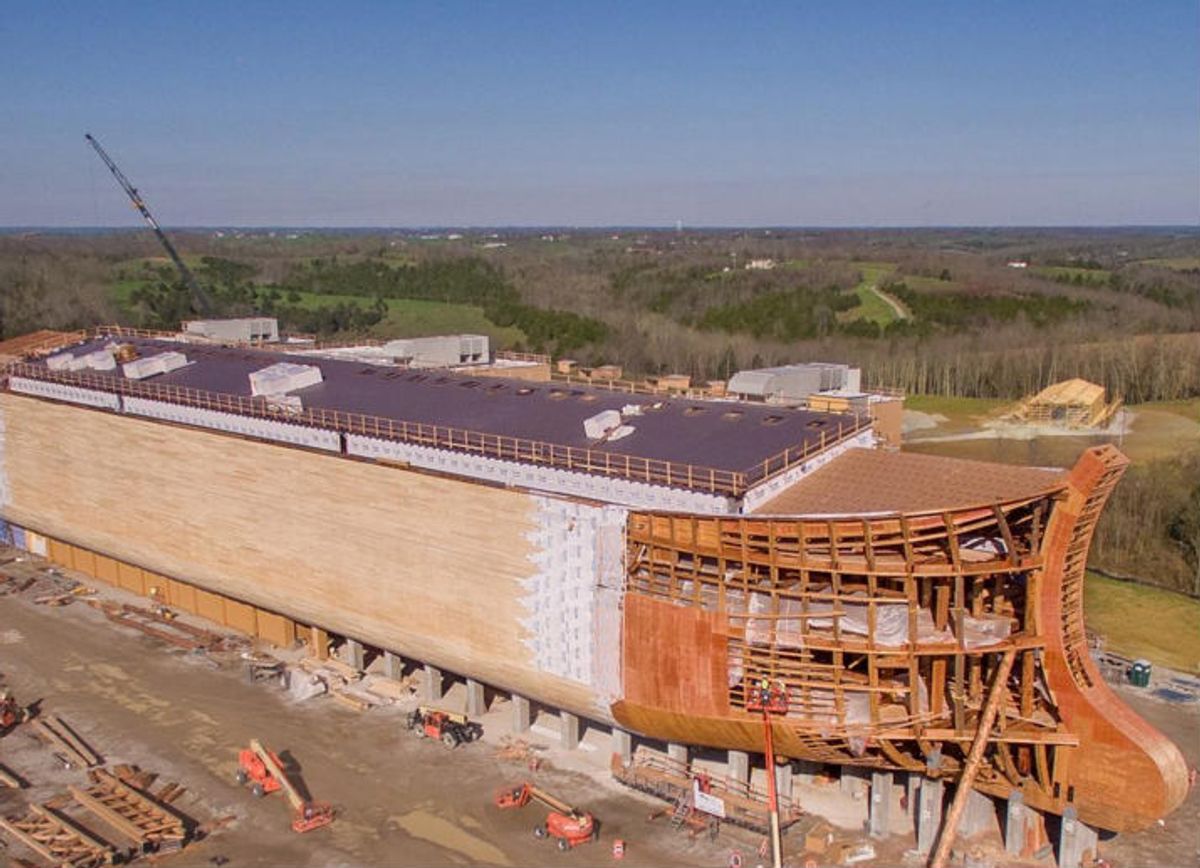 Claim:
A Noah's Ark exhibit at a Christian theme park in Kentucky was destroyed by a flood.
Rating:

On 21 April 2016, the web site The Good Lord Above published an article reporting that a Noah's Ark Christian theme park then under construction in Kentucky had been destroyed by a flood:

The new 'Noah's Ark' Theme Park in Williamstown, Kentucky, was destroyed in a flood earlier today. The sudden flash flood only seemed to affect the location of the Ark Encounter Theme Park, which was in the final phases of construction.

"From a meteorological standpoint, this is quite confusing," said Dan Schmidt, a forecaster with the National Weather Service. "There were no storm clouds in the area. We're calling this flood an act of God."

While it's true that a Noah's Ark-themed attraction was built in Kentucky, the project was not destroyed by a flood. The reporting of such was a spoof from The Good Lord Above, a web site responsible for several other religiously-based fake news stories, such as an article proclaiming that Donald Trump had called Jesus a "socialist loser" and a story reporting that Bernie Sanders saved three children from a house fire. To their credit, The Good Lord Above makes the site's humorous nature very clear on their "About" page:

God made the world. Then he flooded it. Then God went to sleep for 2000 years or so. Anyway, eventually God woke up and felt pretty bad for what he'd done in the past. In 2011, after years of therapy, God started his Divine God Facebook Page to restore his good name. In his infinite wisdom, in 2015 God launched this Holy Website, TheGoodLordAbove.com.

The Ark Encounter Christian theme park finally opened in Kentucky on 7 July 2016, with a fully intact ark as one of its exhibits: the good lord above
Read More