Feldman's Wikipedia page was under attack the day he testified in Congress about the impeachment of the U.S. president. 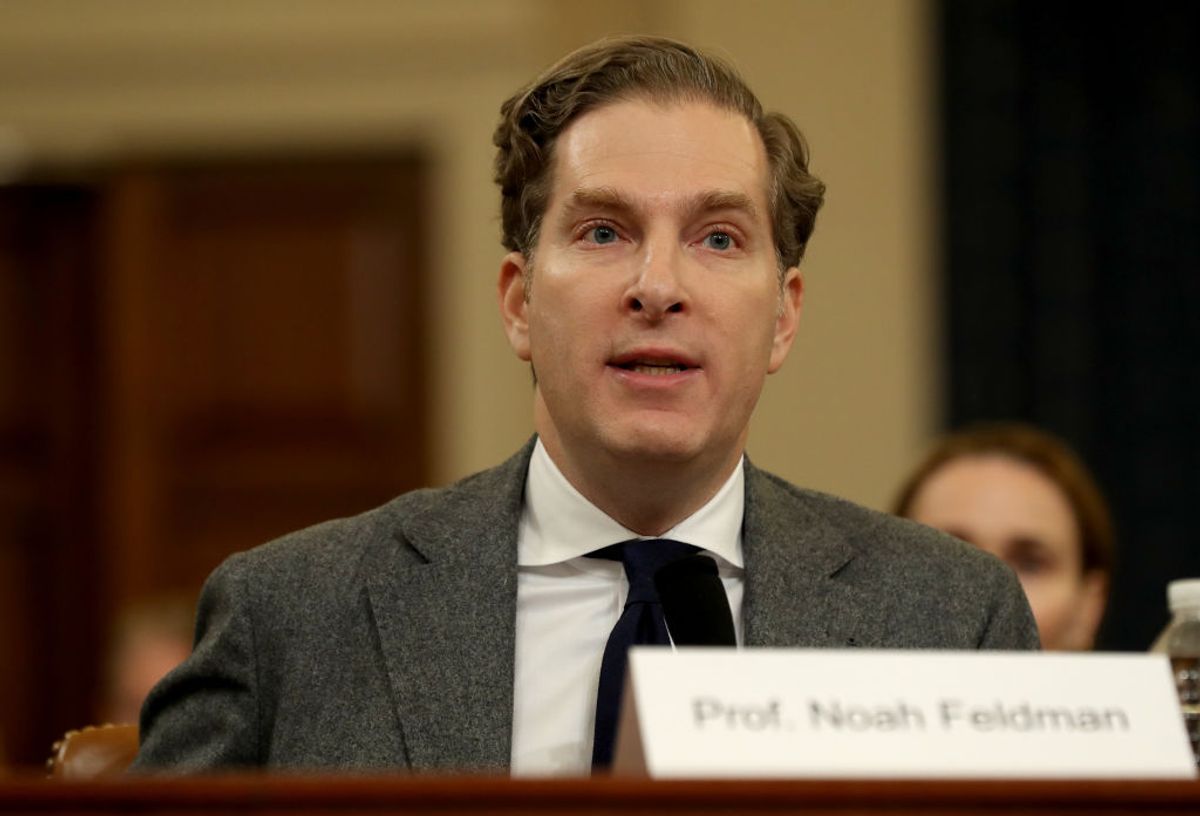 As Harvard Law Professor Noah Feldman testified on Dec. 4, 2019, before the U.S. House of Representatives on the impeachment of President Donald Trump, a war was on for control of his Wikipedia page, where trolls busily edited in misleading smears as Wikipedia editors removed them.

Feldman, an expert on the U.S. Constitution who serves as the Felix Frankfurter Professor of Law at Harvard Law School, was called by House Democrats to testify as witness in impeachment hearings against Trump, who has been accused of using his office in an attempt to extort the Ukrainian president to help Trump's reelection campaign.

Feldman testified that in his professional opinion, Trump committed "impeachable high crimes and misdemeanors by corruptly abusing the office of the Presidency. Specifically President Trump has abused his office by corruptly soliciting President Volodimir Zelensky of Ukraine to announce investigations of his [Trump's] political rivals in order to gain personal advantage including in the 2020 presidential election."

The day Feldman made those statements, trolls edited his Wikipedia page to include derogatory information, which included changing his profile picture to that of Russian President Vladimir Putin and calling him a "never-Trumper," a term that refers to conservatives who oppose Trump.

They also edited his page to state he is an associate of Lisa Page, a former FBI attorney who came under attack by Trump and his supporters after revelations that she exchanged text messages with an investigator that were critical of Trump. Trolls also edited in a claim that Feldman is the nephew of billionaire financier Jeffrey Epstein, who died in custody while awaiting trial on charges of sex trafficking of underage girls.

The claim that Feldman was related to Epstein was corrected by Wikipedia editors within one minute, but apparently not before someone managed to capture a screen shot, which was then circulated widely on social media. Wikipedia is a crowd-sourced internet reference, although it does have a structure of volunteer editors and administrators who can monitor pages for vandalism. The public can also click on the revision history of any page to see edits that were made. In the case of Feldman's page, the edit that falsely claimed he is Epstein's nephew was made at 5:07 p.m. It was deleted within one minute.

The House ultimately voted to impeach Trump, mostly along party lines, on Dec. 18, 2019, for abuse of power and obstruction of Congress.