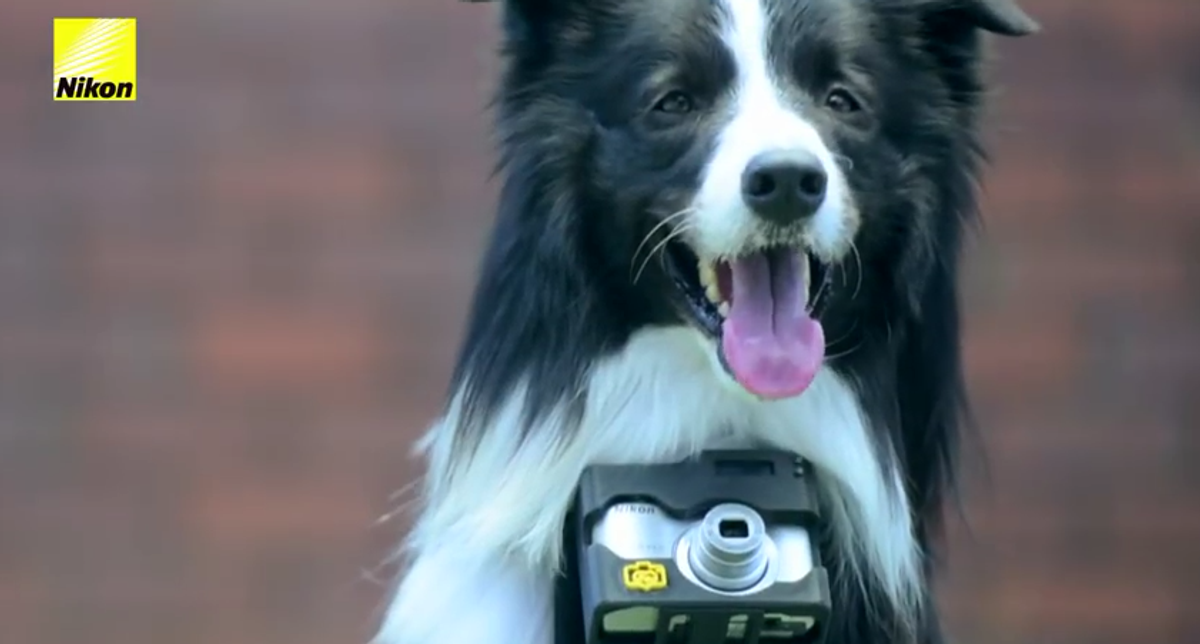 Yes, but the technology isn't as good as it seems.

A viral ad published by Nikon on 11 May 2015 purportedly showed a dog named Grizzler taking photographs. How? Nikon explained that the dog wore a special device that helped turn the canine's "emotions into photographs" by triggering the shutter every time the animal's heart beat increased:


Photos can capture the world's beauty within a single frame, and photographers translate what they feel into what others can see. With a device that reacts to increased heart rates, we can literally connect emotions to every photo.

But is "heartography" really as good as it seems? Shortly after the video (which shows Grizzler taking photos as the pooch ran around the neighborhood) was posted, Internet viewers raised a few skeptical questions: On 26 May 2015, Nikon offered an explanation for the reflection and the seemingly "too perfect" photos on its YouTube page:


Hello everyone, thank you for your comments!   We’ve read them all and we really appreciate the feedback we’ve received.

Some of you are wondering why there’s a reflection of a person in one of the images that Grizzler took. The person in the image is one of our crew members.   Our camera crew followed Grizzler around to film the process of how he went about capturing images using his heartbeat. There were also crew there to ensure his safety and well-being by providing ample hydration, food and other necessities. This is why you may be able to spot our crew members in the images that Grizzler took.

Due to Grizzler's high energy and active movements, several shots were blurred, so we only picked the best shots to be featured in this video.

Nikon maintains that Grizzler was the photographer behind the pictures in their viral ad, but it's clear he had a little help along the way.