Did a Man Injure Himself by Setting the Nike Shoes He Was Wearing on Fire?

An internet hoax involving Nike shoes, an internet protest, and an unrelated photograph of a burn victim fooled a number of viewers in September 2018. 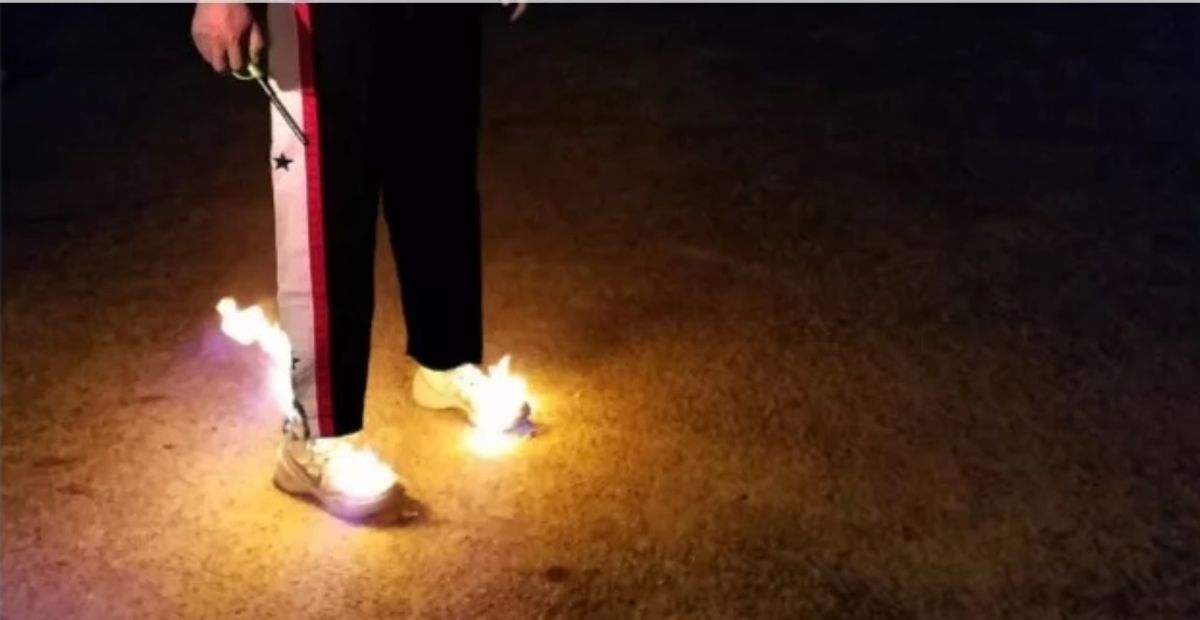 Claim:
A photograph captured the injuries a man received when he set fire to the Nike shoes he was wearing.
Rating:

On 3 September 2018, a number of users posted images on social media which supposedly showed them destroying various pieces of Nike brand apparel. The phenomenon was a form of symbolic protest (marked by the #NikeBoycott hashtag on social media) over the clothing giant's announcement that Colin Kaepernick, the NFL quarterback who started the trend of kneeling in protest during the pre-game playing of the national anthem would be the face of their latest advertising campaign.

As images of damaged swooshes and burning jerseys started making their way around the internet, a number of viewers came across a set of photographs that supposedly captured one man's failed attempt at a Nike protest. [NSFW Warning: The following tweets contain an image of two burned feet]:

We aren't entirely sure if Twitter user Phil Braun truly set his shoes on fire while he was wearing them, but we can say that he was not injured in the manner depicted in this photograph.

The final image, which Braun claimed was taken during his visit to the hospital, actually showed the severely burned feet of an unidentified patient at the Alfred Hospital in Melbourne, Australia. That photograph has been viewable on the website of the Victorian State Trauma System since at least March 2017, long before the Kaepernick-inspired Nike boycott began and Phil Braun allegedly set his feet on fire.

This isn't Phil Braun's first flirtation with viral fame. In June 2017, for instance, the online comedian posted a video supposedly showing him drinking a bottle of mouthwash after one of his Twitter posts received more than 100 retweets: