Did 'Muslim Militants' Kill 120 Christians in Nigeria in February/March 2019?

News reports in the aftermath of the Christchurch, New Zealand, massacre presented a woefully incomplete description of a complicated conflict. 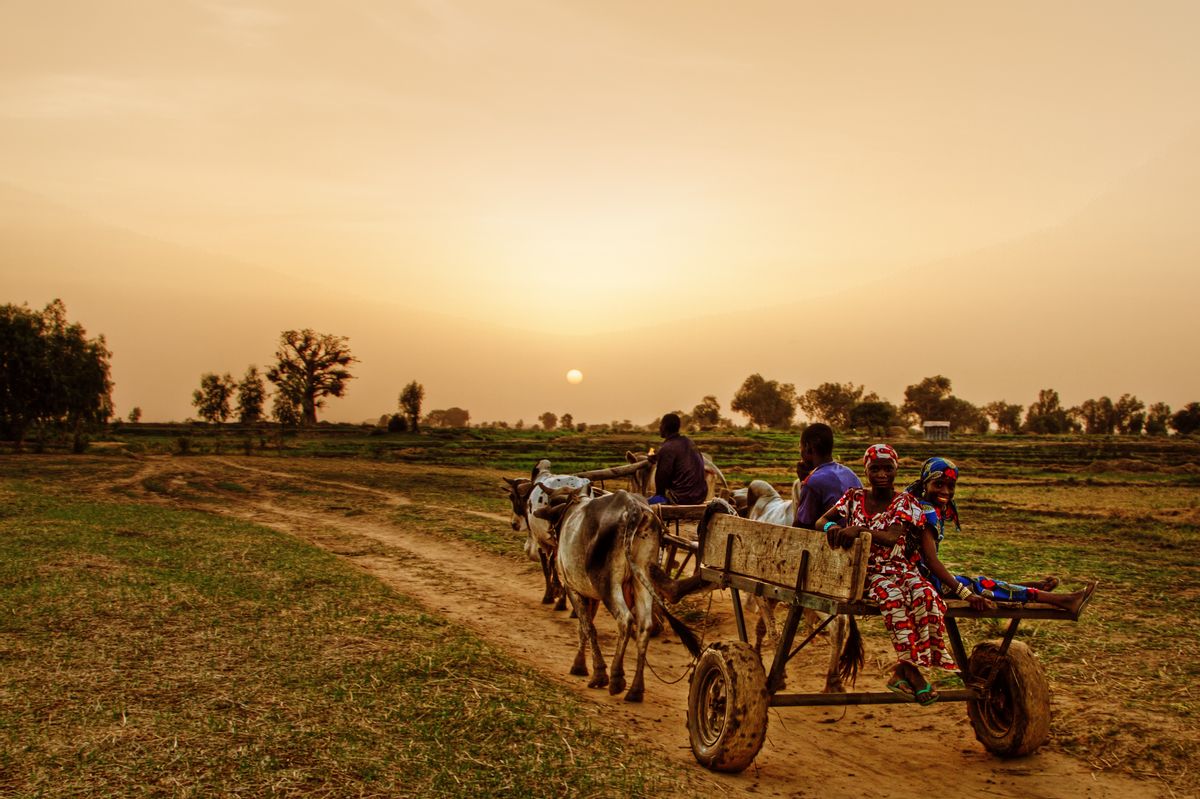 Claim:
Muslim militants killed 120 Christians in Nigeria during a three-week period in February and March 2019.
Rating:

Although not entirely reliable, various local news reports corroborated the incidents and deaths described in reports by Breitbart and the Christian Post website.

Religious affiliation is a secondary issue in the ongoing Nigerian herder-farmer conflict, which impartial experts consistently describe as being primarily a dispute over natural resources and land usage. Reports in the U.S. in March 2019 failed to properly explain the complexity of the conflict, and Breitbart's article did not mention a major reported atrocity perpetrated against the mostly Muslim Fula people in February 2019.

In the aftermath of the March 2019 Christchurch, New Zealand, massacre in which a white supremacist gunman fatally shot 50 people at two mosques, some right-leaning observers quickly turned their attention to atrocities allegedly perpetrated by Muslims against Christians in recent weeks.

On 16 March, Breitbart reported that "Nigerian Muslim militants" had killed 120 Christians within a space of three weeks since late February 2019. In another article published the next day, the same author wrote that "Political leaders and public figures were falling over themselves this weekend to condemn the mosque attacks in New Zealand, while dozens of Christians were slaughtered by Muslims in Nigeria to the sound of crickets."

That article cited a report from the website Christian Post, which in turn cited a 14 March press release posted by the U.K.-based charity Christian Solidarity Worldwide, which read: "At least 120 people have died since 9 February in a series of attacks by Fulani militia on communities in the Adara chiefdom of southern Kaduna. The violence comes in the wake of a statement by the Kaduna state governor on the eve of Nigeria’s presidential elections in February regarding an alleged massacre of Fulani villagers in the area."

Although not entirely reliable, local news reports largely corroborate the incidents and deaths described by Breitbart and Christian Solidarity Worldwide. It is difficult to arrive at a definitive total number of persons killed, but the numbers claimed by Breitbart and Christian Solidarity Worldwide are certainly plausible and, unfortunately, in keeping with the ongoing farmer-herder conflict that has affected parts of Nigeria in recent years.

However, that conflict has a complex set of causes and motivations, and the Breitbart and Christian Post articles in March 2019 served readers poorly by focusing exclusively on the religious affiliations of the groups involved -- something that impartial experts have presented as not being a central cause of the conflict -- while failing to mention other, much more relevant factors.

Since around 2017, longstanding and violent clashes have escalated between various groups of farmers in different parts of Nigeria and semi-nomadic cattle herders from the mostly Muslim Fula ethnic group (known collectively as Fulani).

In the summer of 2018, the International Crisis Group, a non-governmental organization that researches violent conflicts around the world, described the spiraling clashes as "Nigeria's gravest security challenge," offering this outline of the farmer-herder conflict:

In the first half of 2018, more than 1,300 Nigerians have died in violence involving herders and farmers. What were once spontaneous attacks have become premeditated scorched-earth campaigns in which marauders often take villages by surprise at night. Now claiming about six times more civilian lives than the Boko Haram insurgency, the conflict poses a grave threat to the country’s stability and unity...

The conflict is fundamentally a land-use contest between farmers and herders across the country’s Middle Belt. It has taken on dangerous religious and ethnic dimensions, however, because most of the herders are from the traditionally nomadic and Muslim Fulani who make up about 90 per cent of Nigeria’s pastoralists, while most of the farmers are Christians of various ethnicities.

... The conflict’s roots lie in climate-induced degradation of pasture and increasing violence in the country’s far north, which have forced herders south; the expansion of farms and settlements that swallow up grazing reserves and block traditional migration routes; and the damage to farmers’ crops wrought by herders’ indiscriminate grazing. But three immediate factors explain the 2018 escalation.

First is the rapid growth of ethnic militias, such as those of the Bachama and Fulani in Adamawa state, bearing illegally acquired weapons. Second is the failure of the federal government to prosecute past perpetrators or heed early warnings of impending attacks. Third is the introduction in November 2017 of anti-grazing laws vehemently opposed by herders in Benue and Taraba states, and the resultant exodus of herders and cattle, largely into neighbouring Nasarawa and, to a lesser degree, Adamawa, sparking clashes with farmers in those states.

In a major December 2018 report, Amnesty International also described the conflict as one being waged over access to natural resources, and they characterized ethnic (and thereby religious) links between communities as a factor that inflames retaliation rather than being a primary underlying cause of the conflict itself:

This report documents the violent clashes between members of farmer communities and members of herder communities in parts of Nigeria, particularly in the northern parts of the country, over access to resources: water, land and pasture. It also documents the failure of the Nigerian government in fulfilling its constitutional responsibility of protection of lives and property by refusing to investigate, arrest and prosecute perpetrators of attacks.

The report shows how government’s inaction fuels impunity, resulting in attacks and reprisal attacks, with at least 3,641 people killed between January 2016 and October 2018, 57 percent of them in 2018 alone. Amnesty International discovered that majority of the attacks by both sides were retaliatory, which then affected nearby communities because of the ethnic connection with the targeted communities.

In an email sent to Snopes.com, Brandon Kendhammer, associate professor of political science at Ohio University and an expert in Nigerian politics, said the religious dynamics of the conflict were further complicated by the fact that Fulani herders had also been attacking farmers in Zamfara State, "where nearly all the farmers and victims are also Muslim." He added, "Here, the conflict very clearly appears to be rooted in the impunity of criminal gangs."

The farmer-herder conflict escalated further in early 2019 with a series of attacks, especially in Kaduna State in Northwestern Nigeria. Obtaining reliable, impartial information about the ongoing conflict from local news media is difficult, but the Nigeria Security Tracker -- a Council on Foreign Relations project run by former U.S. Ambassador to Nigeria John Campbell -- attempts to verify details by collating as many such reports as possible.

According to the Nigeria Security Tracker, as downloaded on 19 March 2019, these are the recorded incidents of farmer-herder conflict-related violence between 1 February and 15 March 2019:

Although not included in the 19 March Nigeria Security Tracker, additional killings appear to have taken place on 16 March when, according to reports, suspected Fulani militants set fire to dozens of homes and killed 10 people in the village of Nandu, in the Sanga LGA in Kaduna State.

On 13 March, Kaduna State Governor Nasir el-Rufai imposed a 6:00 PM to 6:00 AM curfew in the Kajuru LGA and parts of the Chikun LGA in response to the spiraling violence. On 16 March, Nigeria's President Muhammadu Buhari released a statement condemning what he called "internecine violence" in Kaduna State, which read (in part):

President Muhammadu Buhari has urged the actors in the communal and persistent violence in Kaduna State to come to terms with the fact that mutual violence has no winners, but losers on both sides of the conflict. Reacting to the endless carnage in Kaduna State on Saturday, President Buhari said, "I am deeply troubled by the fact that sanctity of life is now treated with such reckless disregard that people derive joy in shedding the blood of others or perceived enemies."

According to the President, "inhumanity has replaced compassion in the hearts and minds of the perpetrators of these atrocities." "No responsible leader would go to bed happy to see his citizens savagely killing one another on account of ethnic and religious bigotry", he further noted sadly. According to President Buhari, "Violence cannot be the solution to these persistent conflicts as long as people resort to deliberate provocations, revenge and counter revenge."

The ongoing herder-farmer conflict in Nigeria has claimed thousands of lives in recent years, particularly during an escalation of the violence in 2019 and especially in Kaduna State, where dozens of mostly Christian Adara were reported to have been killed in February and March by mostly Muslim Fulani militants.

Local news reports, as recorded in the Council on Foreign Relations' Nigeria Security Tracker, largely corroborate the incidents and deaths described by Breitbart and the Christian Solidarity Worldwide non-profit group.

However, reports by Breitbart and the Christian Post website failed readers by presenting a woefully narrow viewpoint on the conflict, emphasizing only the religious affiliations of the participants while neglecting to mention what impartial experts have highlighted as being the primary driving force behind it: a dispute over natural resources and land usage.

Furthermore, while Breitbart's article provided details of several reported attacks by Fulani herders on farmers in Kaduna State in February and March 2019, it did not mention the attack on the mainly Muslim Fula ethnic group, which was the single largest reported atrocity during the time period in question.

Notwithstanding the fact that some local Christian leaders disputed the death toll presented in that case, Breitbart's failure to even mention the attack on the Fula group constitutes a glaring omission in any article purporting to be a reliable or impartial examination of what is, to begin with, a volatile and complicated conflict.