During an interview with CORE national spokesman Niger Innis, did MSNBC display a graphic identifying him as 'Nigger Innis'? 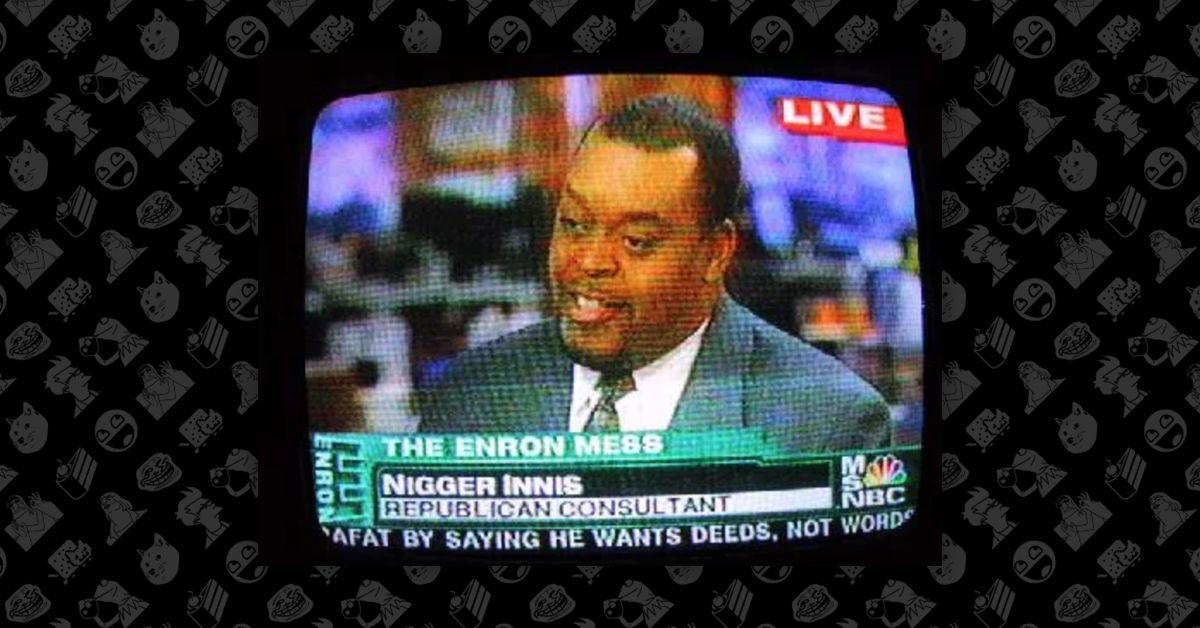 Claim:
During an interview with CORE national spokesman Niger Innis, MSNBC displayed a graphic identifying him as “Nigger Innis.”
Rating:

On Monday, 4 February 2002, MSNBC conducted an interview about the "Enron mess" with Niger Innis, national spokesman for the Congress of Racial Equality and political commentator.

During the broadcast, MSNBC mistakenly put up a graphic identifying Mr. Innis as "Nigger Innis": According to the Associated Press:

Shortly after [the graphic] appeared, correspondent Gregg Jarrett offered Innis a "profuse apology."'Oh, God, I thought you guys thought I was a rapper or something,' Innis replied. 'Media bias continues. Just kidding. It's not the first time it's happened, but hopefully it's the last.'"

It was strictly a typographical mistake, network spokesman Mark O'Connor said Thursday. He wouldn't say whether any disciplinary action was taken against the person who made the blunder.