Internet users reacted with a mix of bemusement and delight at video clips taken from Lawson's BBC series in December 2020. 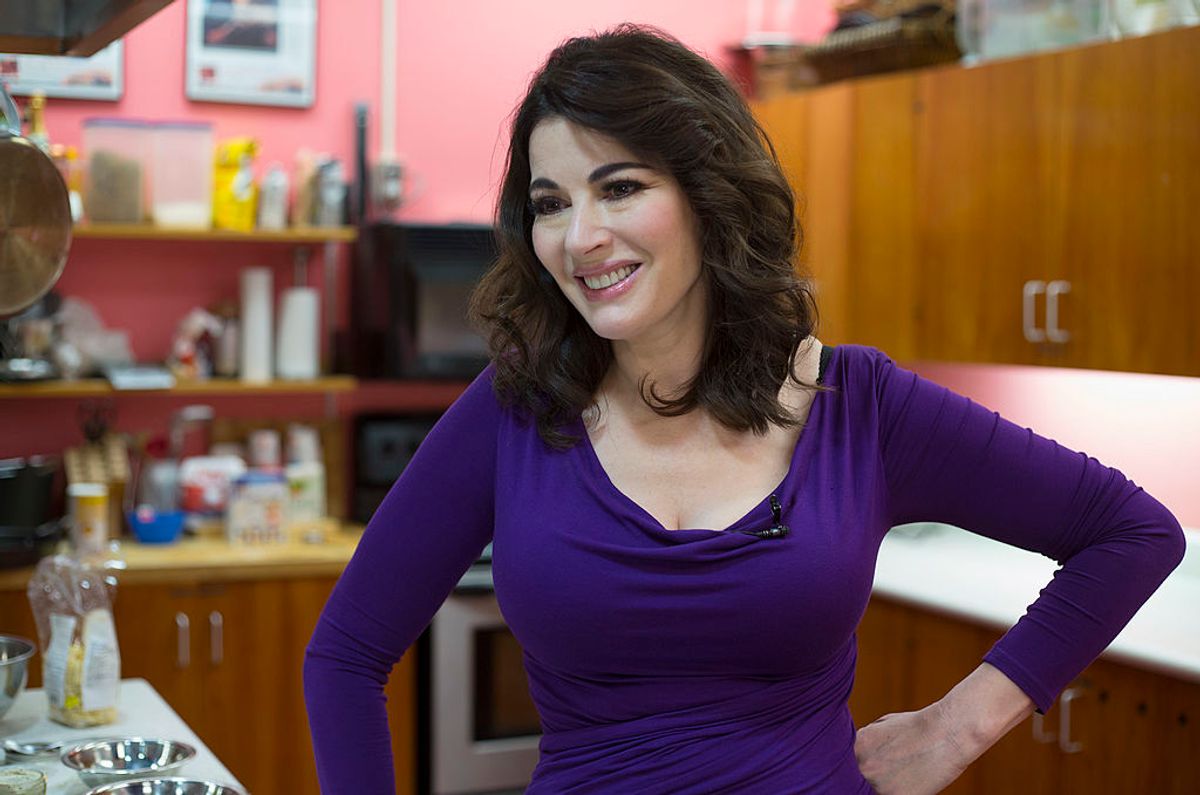 Lawson subsequently clarified what was obvious to some viewers, but not to others: She was only joking.

In December 2020, internet users — many of them several months into protracted and intermittent COVID-19 lockdowns — reacted with a mixture of delight, amusement, and genuine confusion, when popular English television chef and food writer Nigella Lawson appeared to wildly mispronounce the word for a thoroughly commonplace kitchen appliance — the microwave.

The unusual twist on the word — Lawson pronounced it "meekro-wuh-vay" — came during a recipe for mashed potatoes and meatballs in the fifth episode of her BBC television series "Cook, Eat, Repeat," which was broadcast on Dec. 7, 2020.

It prompted a veritable eruption of social media posts, and several articles describing Lawson as having "broken the internet" or causing an "internet meltdown." Observers outside the U.K. wondered aloud whether the pronunciation was standard there.

One widely-shared tweet included a short clip from the episode, along with the caption "Eternally grateful to Nigella Lawson for letting us know we've all been mispronouncing microwave for the last 50 (or so) years":

The footage was authentic, and was not dubbed over or digitally altered. However, Lawson has since (repeatedly) clarified what was obvious to some, but not others — her mispronunciation was knowing and playful, rather than being the result of a genuine misunderstanding of how "microwave" should be said, akin to the habit, possessed by many Americans, of jokingly mispronouncing the name of the department store chain Target as "Tar-zhay."

Lawson, who is a household name in the U.K. due to her relatively straightforward recipes and her celebration of personal pleasure in cooking, frequently interacts with fans and followers on Twitter. In the days following the episode, she repeatedly clarified that her unusual pronunciation of "microwave" was "just a silly joke," adding, "I do say it like that, but not because I think that’s how it’s actually pronounced."