Did Newsweek Report That Trump Will Be Impeached and Replaced by Hillary Clinton?

The news magazine offered a law professor's hypothetical musings, not a report about President Trump's being removed and replaced by his opponent. 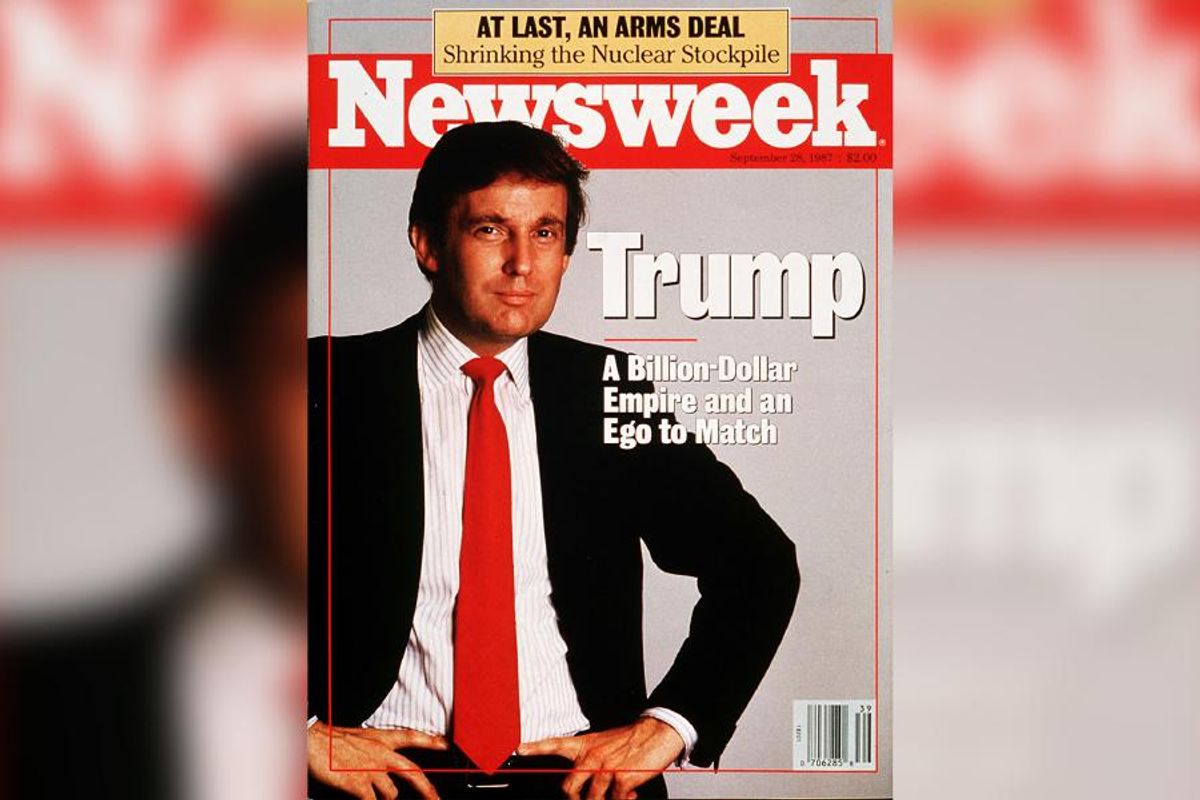 Claim:
Newsweek magazine reported that President Trump would be impeached and replaced by Hillary Clinton.
Rating:

Newsweek offered a law professor's hypothetical musings about how Hillary Clinton could still become president if Donald Trump's 2016 win was proved to have been the result of a corrupted election process.

Newsweek neither reported that President Trump would be impeached, nor that, if so, he would be replaced by Hillary Clinton.

Back in October 2017, Lawrence Lessig, the Roy L. Furman professor of law and leadership at Harvard Law School, penned a short speculative essay about "What should happen if the unthinkable happens" — that is, what steps the U.S. government should take if the investigation by Robert Mueller, head of the Special Counsel investigation of Russian interference in the 2016 United States elections, should find "specifically damaging evidence about the President" regarding a conspiracy with the Russians to affect the outcome of the 2016 presidential election.

The gist of Lessig's piece was that in the case of a tainted presidential election, the U.S. Constitution provides no mechanism for holding a new election or otherwise installing the "proper" winner in office — the most that could happen under current law would be for the sitting President to be impeached and removed from office (or resign), with the Vice President (or someone else in the line of succession) taking his place:

There’s no mechanism in American law for a new election. Nor is there a mechanism for correcting the criminal results of the previous election.

If that is shown, then the first step is obvious. Trump should resign or, if he doesn’t, he should be impeached.

The second step should be obvious as well: Pence should resign or, if he doesn’t, he should be impeached. He benefited from the criminal (and treasonous) conspiracy just as much as Trump. He shouldn’t benefit even more by becoming the residual President.

Under the law as it is, this leaves Paul Ryan as President. And the hard moral question that Ryan would then face is whether he should remain as President. By hypothesis, we’re assuming the office was effectively stolen from the legitimate winner by a criminal and treasonous act of the (previous) leader of Ryan’s own party. Ryan’s being President is just the fruit of that poisonous tree. So should he just ignore that? Or should he acknowledge the wrong, and act to make it right?

President Ryan would have the right to nominate a Vice-President. That right is specified in the 25th Amendment. That nominee then becomes Vice-President once confirmed by a majority of both houses. That’s how Gerald Ford became Vice President. And that’s how he eventually became President without ever running for that office.

If Ryan became President because the Trump/Pence campaign committed treason, who should he nominate as his Vice President? The answer seems unavoidable: He should nominate the person defeated by the treason of his own party, and then step aside, and let her become the President.

Lessig's essay was picked up by Newsweek magazine, and as the law professor noted in a preface he added to the original, their reference to his piece prompted some rather vitriolic reaction:

The piece was picked up by Newsweek, and astonishingly (for Newsweek), all my qualifications were stripped away. Mine wasn’t an essay mapping the consequences under our Constitution of a hypothetical that people are actually asking about; it was a fantasy piece by a liberal law professor dreaming about how Clinton could become President. That caught the attention of Rush Limbaugh (yea, you’ll have to find that link yourself), who, knickers twisted, lambasted me on his radio show. I only knew this because scores of outraged Rushies rushed in to discipline me, offering free advice about whether I was a “moron” or worse, and disgusted at the idea that someone like me was teaching law. Tucker Carlson then asked me to come on his show. And amazingly (and to his credit) he allowed me plenty of time to set the context and explain the piece. He even affirmed that if the hypothetical were true, he’d be “leading the charge” to have Trump removed. But by the end, he too got all pc about whether I should write such pieces. It was a kind of “pornography,” he suggested, and wrong for me to write.

Newsweek revisted Lessig's essay in January 2018, and the author pointed out that he was not declaring that President Trump had been part of "some conspiracy to steal the election," nor was he asserting that the scenario he described for putting Hillary Clinton in office would (or should) happen; he was merely speculating about what could happen in one very specific circumstance:

“This is one way it could happen,” Lessig said. “But that’s very different from saying I think it will happen, or should happen, or [that] the evidence is there for it to happen.”

Since the essay was published, there hasn’t been “any evidence that’s come out that’s resolved the question, whether there was some conspiracy to steal the election,” the professor said.

“I don’t feel that we’ve seen anything that increases that probability,” he added.

If evidence that Trump and his team conspired to steal the election did emerge in the future, however, the president would have to step down, Lessig maintained.

“Absolutely, he’s got to resign, and if he doesn’t resign, then absolutely Congress needs to impeach him,” he said of the hypothetical situation.

Lessig noted that the hypotheticals he wrote about in his essay would apply to only the specific scenario he described.

Nonetheless, some dubious web sites pushed out clickbait headlines inaccurately blaring to viewers that: "Newsweek Reports That Trump Will Be Impeached and Replaced by Hillary Clinton": But Newsweek neither reported that President Trump would be impeached, nor that, if so, he would be replaced by Hillary Clinton — they simply offered one person's hypothetical musings about how those events could occur (even though it was admittedly highly unlikely they ever would).

Glum, Julia.   "How Hillary Clinton Still Can, And Should, Become President After the Trump-Russia Investigation."     Newsweek.   16 October 2017.