Did a Newspaper Incorrectly Identify Capitol Rioters as Antifa?

The photograph showed members of a mob climbing the exterior walls of the U.S. Capitol. 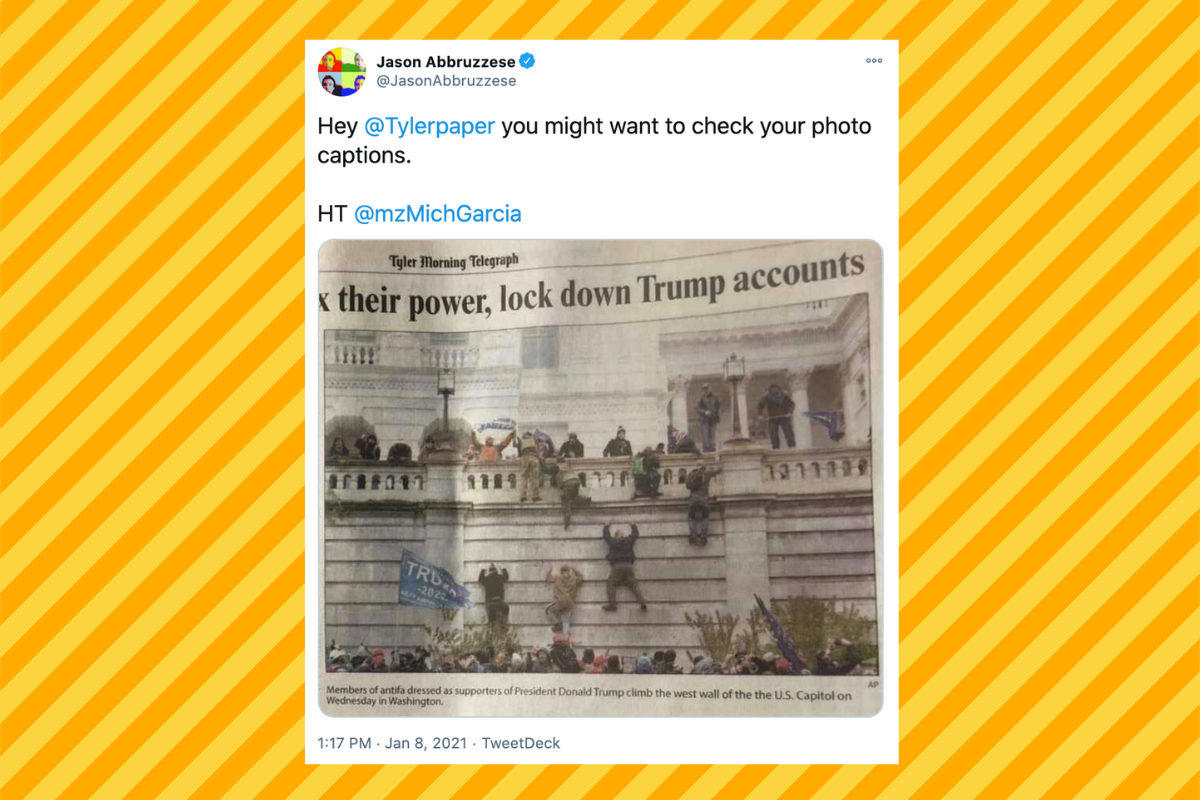 Following the Jan. 6, 2021, insurrection at the U.S. Capitol in the District of Columbia, photographs depicting the riot and its resulting damage took over newspaper front pages around the nation. One such widely viewed picture, of rioters scaling on the Capitol grounds, was snapped by Associated Press photographer Jose Luis Magana.

Magana's photograph was featured in a many local and national news reports around the U.S., from USA Today to the San Francisco Chronicle. In nearly all of the newspapers and online publications that used Magana's work, editors chose to accompany the image with the caption offered for it by The Associated Press , which read as follows:

But the Tyler Morning Telegraph, a newspaper based in Tyler, Texas, opted to instead run an alternative — and untrue — caption with the photograph identifying the rioters as “members of Antifa dressed as supporters of President Donald Trump." The inaccuracy was pointed out in a Jan. 8 Tweet posted by journalist Michelle Garcia, a verified user and editor of NBC BLK: “This was inserted by one person and does not represent the views or opinions of the Tyler Morning Telegraph,” read the statement. “The error has been corrected in every place that we can correct it and we will run a correction in print.”

We do not yet know who was responsible for the incorrect cutline or whether that person still works for the Tyler Morning Telegraph. The newspaper did not immediately respond to a request for further clarification and a copy of the printed correction.