Is This the New USPS Mail Truck?

These Next Generation Delivery Vehicles (NGDV) won't hit the road until 2023. 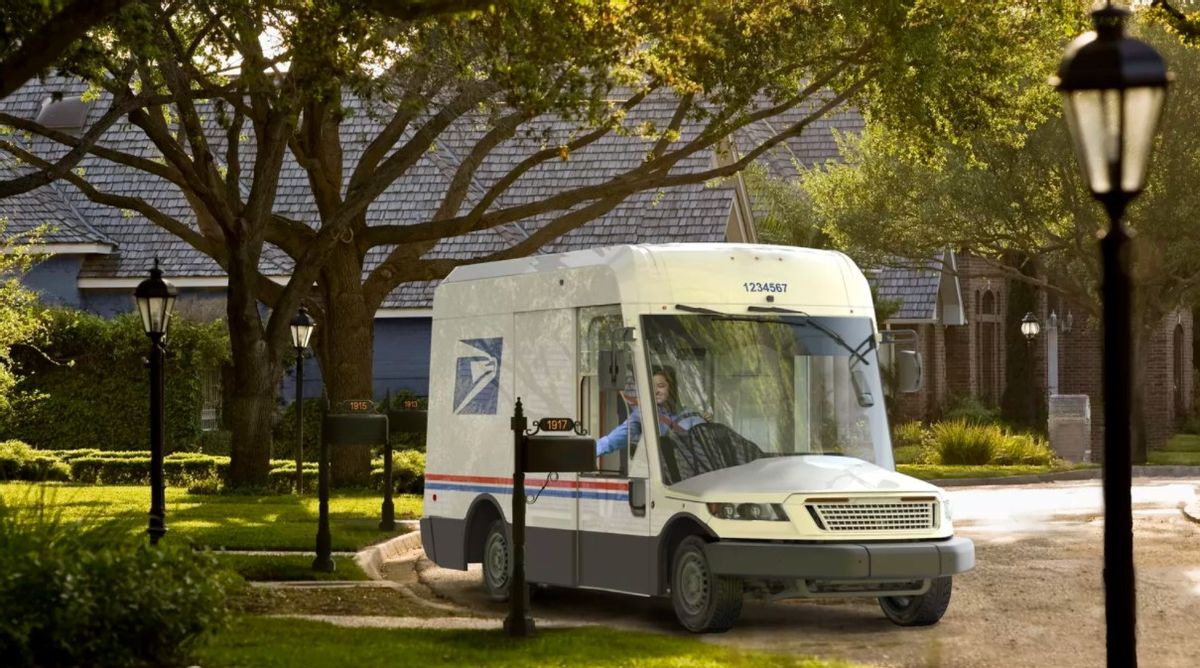 In February 2021, USPS awarded a contract to Oshkosh Defense to build a new fleet of mail trucks. A viral image gives a glimpse of what these trucks will look like once they are manufactured.

This is not a genuine photograph of a physical USPS mail truck. This is a concept image of what these trucks will eventually look like.

In February 2021, the U.S. Postal Service announced that they had awarded a multi-billion dollar contract to Oshkosh Defense to manufacture the next generation of mail trucks. As reports started circulating about these more fuel-efficient vehicles, much of the chatter on social media was focused on the somewhat cartoonish appearance of USPS' new mail trucks: This is not, however, a genuine photograph of a physical truck. This is a concept image of what the trucks would look like in the future.

In a press release from the Postal Service about their new trucks, they noted that Oshkosh Defense "will finalize" the design before it goes into production.

Under the contract’s initial $482 million investment, Oshkosh Defense will finalize the production design of the Next Generation Delivery Vehicle (NGDV) — a purpose-built, right-hand-drive vehicle for mail and package delivery — and will assemble 50,000 to 165,000 of them over 10 years. The vehicles will be equipped with either fuel-efficient internal combustion engines or battery electric powertrains and can be retrofitted to keep pace with advances in electric vehicle technologies. The initial investment includes plant tooling and build-out for the U.S. manufacturing facility where final vehicle assembly will occur.

Kim Frum, senior public relations representative of corporate communications for USPS, confirmed to us that the "NGDV is not a ready-made vehicle" and that the image going around social media is a "concept image."

If any more proof is needed, here's a look at the Shutterstock image (left) that was used as a base to create the image of the new Postal Service mail truck (right):

While the first NGDV should look pretty close to what is shown in this viral image when it finally hits the street in 2023, this is not a genuine photograph of a physical vehicle. This is a concept illustration of USPS' new mail trucks.