Was a 'Muslim Extremist' Granted Bail by a 'Liberal Democrat' Judge After Training Children to Shoot Up Schools?

Despite Internet outrage saying otherwise, New Mexico "compound" defendant Siraj Ibn Wahhaj has not been released on bond, because he is being held on an out-of-state warrant. 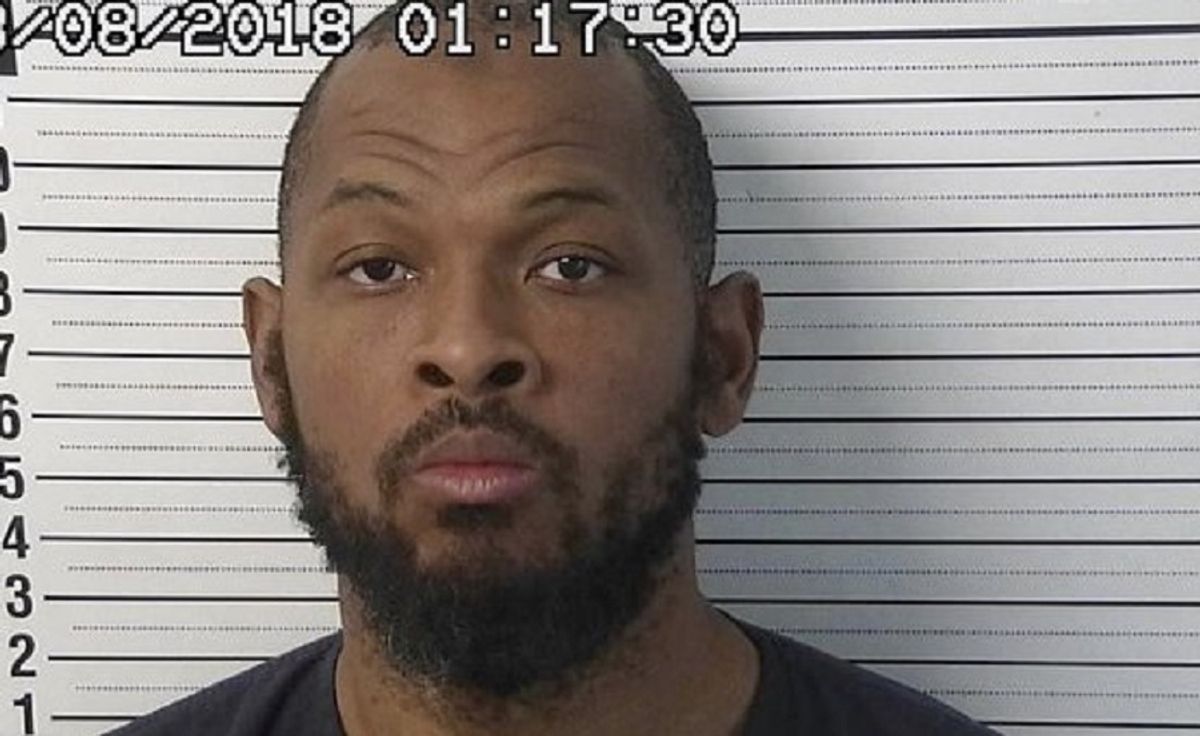 A New Mexico judge denied prosecutors' request that five defendants be held without bond, because the standards required for denying bail under state law had not been met.

The judge did not allow the release of Siraj Ibn Wahhaj, who allegedly trained a child to carry out school shootings, as he is being held on a detainer from Georgia.

Beginning on 13 August 2018, social media outrage erupted over news reports that a New Mexico judge was allowing release on bond for defendants accused of abusing children at a squalid "compound" near the Colorado border. Most of the outrage centered on a smiling photograph of Siraj Ibn Wahhaj, who has been the focus of sensational reports that he allegedly trained a child at the compound to carry out school shootings: Wahhaj is one of five defendants in a group that include his sisters Hujrah, 37, and Subhannah, 35; his wife Jany Leveille, 35; and Lucas Morton, 40; who are charged with 11 counts of child abuse stemming from neglect. Wahhaj additionally faces a count originating from Clayton County, Georgia, of custodial interference. All five were arrested in a 4 August 2018 SWAT raid on what the news media has termed a "compound" in an unincorporated New Mexico community called Amalia. Authorities also discovered the body of a small child believed to be Wahhaj's son on the grounds, but the cause of death has not yet been determined.

The case involves a number of combustible aspects that have lent it extreme notoriety, including potential murder, abuse of children, religion, and race -- all the defendants are Muslim and African-American (except for Leveille, who is is a Haitian national). Lurid accounts of supernatural religious "rituals" taking place at the compound and accusations that Wahhaj was training a child in weapons and tactics to carry out a future school shooting have also been reported.

Prosecutors in the case filed a motion for all five defendants to be held in pretrial custody, but when Eighth Judicial District court Judge Sarah Backus (who is an elected Democrat) denied their request, the Internet went collectively ballistic. Facebook and Twitter users shared memes and posted messages featuring Siraj Ibn Wahhaj's image and raging that he would be released despite being a "Muslim extremist" who may have killed his child and trained children to shoot up schools:

New Mexico Governor Susana Martinez weighed in with a statement saying the "dangerous accused criminals in the Taos compound case should never have been released on bail yesterday." (A spokesman for Martinez didn't respond to our request for comment.)

Backus and the Taos County courthouse received death threats, prompting authorities to place the building on lockdown on 14 August 2018. New Mexico State Police are investigating the continuing death threats, said Barry Massey, spokesman for the Administrative Office of the Courts. Siraj Ibn Wahhaj's defense attorney, Tom Clark, told us content being posted about the defendants amounts to hate speech. "It's really hard when the court of public opinion has already spoken," he told us by phone. "They're black Muslims accused of vague allegations of terror. We’re supposed to have moved beyond public lynchings but that’s what these people on the Internet are calling for."

The fury, however intense and self-righteous, didn't take into account the reality of the case.

Backus's order, filed 14 August 2018, states that Siraj Ibn Wahhaj "is held on a detainer from Georgia and will not be released." Leveille will also not be released on bond, as her custody was transferred to U.S. Immigration and Customs Enforcement (ICE) on 14 August 2018. According to immigration authorities, she has been living unlawfully in the United States for more than 20 years after overstaying a visitor's visa. We called the Taos County Adult Detention Center where all five defendants are being held, and we were told that as of mid-afternoon on 15 August 2018, none of the remaining three defendants had yet bonded out.

If any of those defendants are to be released, they must first post a $20,000 signature bond and will remain under house arrest, according to the judge's order. They will be fitted with electronic monitoring devices which they must wear around the clock and will be prohibited from leaving Taos County without permission from the court. They must meet weekly with attorneys, attend all scheduled court appearances, and may not possess firearms or deadly weapons. They are barred from having contact with the children, who are in protective custody, without supervision from child protective services.

Because New Mexico voters and state legislature passed pretrial release and detention reform in 2016, Backus was limited in her leeway when deciding whether to grant bond. According to the amendment to the state constitution, judges can deny bail if a defendant poses a danger to the public or a flight risk, but the burden is on prosecutors to provide "clear and convincing evidence" that such is the case. Bail can only be denied in cases involving capital crimes, or when "no release conditions will reasonably ensure the appearance of the person [in court] as required or protect the safety of any other person or the community." Defendants cannot be held simply because they can't afford the bail amount.

According her order turning down the prosecution's motion to deny bond, Backus said prosecutors didn't provide "clear and convincing evidence" that the defendants other than Siraj Ibn Wahhaj (who would not be released in any case) needed to be held in detention because they were dangerous, or that no conditions of release would ensure the safety of the community. "It is an extremely high standard of proof and the State has failed to meet this standard," she wrote.

The order also noted that none of the defendants were charged in the death of the child or any crimes related to firearms. They also haven't been charged with making terrorist threats, and the state didn't produce evidence they were hatching a substantive terrorism plan. Backus criticized prosecutors for asking the court to rely on media reports and "conjecture and assumption" to piece together evidence the defendants were sufficiently dangerous. "From this meager evidence the court is requested by the state to surmise that these people are dangerous terrorists with a plot against the country or institutions. The court may not surmise, guess or assume," she wrote.

Siraj Ibn Wahhaj is accused of taking his 3-year-old son, Abdul-ghani, away from his mother in Clayton County, Georgia, in December 2017. The child was diagnosed a severe condition known as hypoxic ischemic encephalopathy that left him unable to walk, prone to seizures, and in need of constant care. Wahhaj told his wife before allegedly absconding with the boy that he wanted to perform an exorcism because he believed the child to be possessed by the devil, according to court documents.

The allegation that Wahhaj trained a child to commit a school shooting was made by a foster parent caring for one of the children taken from the compound, according to court documents, but Backus's order notes that prosecutors didn't offer any evidence to support that assertion. (Von Chelet Leveille, brother of Jany, maintained that the two older children asked to be taught to shoot and that the family's use of firearms was legal and innocent.)

Claims of religious "rituals" were also made by prosecutor's during the Monday pretrial detention hearing, but Backus's order stated that no evidence beyond the defendants' praying over the deceased child had been presented to support those claims.

A preliminary hearing will be held within 60 days to determine if sufficient evidence exists to make the defendants stand trial.