U.S. Army medics will not be treating battlefield injuries with homeopathic dilutions and prayer beads. 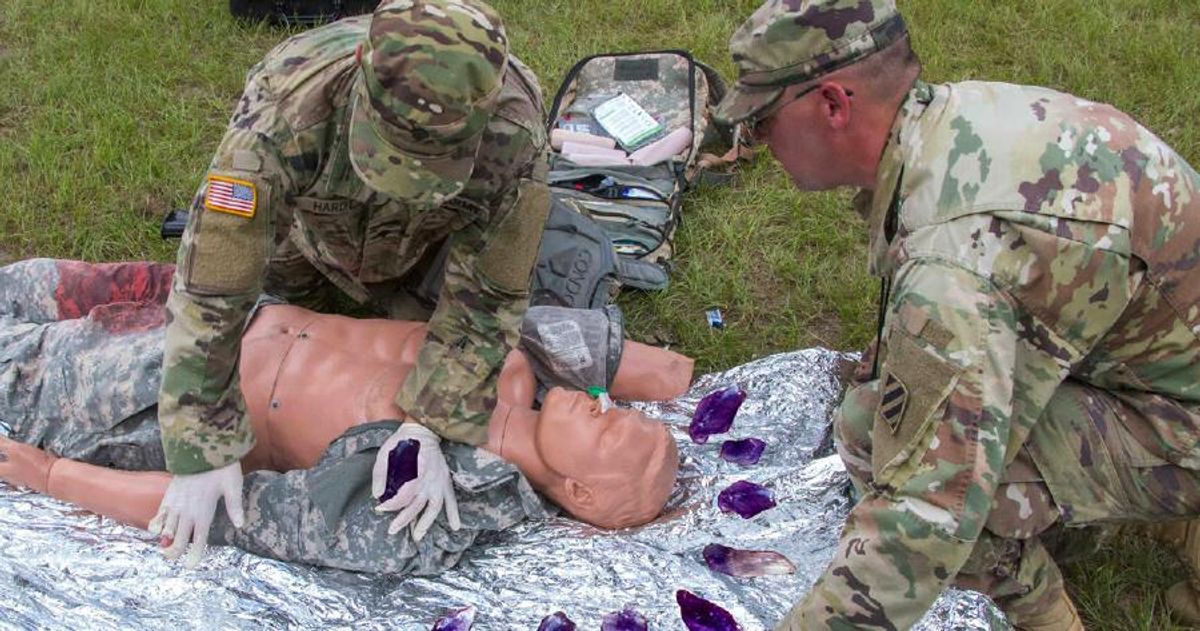 On 15 January 2018, the Duffel Blog (the "American Military's Most-Trusted News Source") published an article positing that new Complementary Medicine Specialists (or “holistic medics") in the U.S. Army would be treating battlefield injuries with "alternative medical treatments ranging from aromatherapy to interventional prayer":

FORT SAM HOUSTON, Texas — In an effort to match the broad range of medical treatments available to the civilian population, the U.S. Army has introduced a new breed of battlefield medic, the service announced Friday.

The new MOS, Complementary Medicine Specialist (69W), or “holistic medic,” will be trained in a variety of alternative medical treatments, ranging from aromatherapy to interventional prayer, and will be authorized to prescribe medications like megavitamins and homeopathic dilutions.

“There’s great demand for treating warfighter injuries with more natural, holistic remedies,” said Col. Thomas Sorrenson, commander of the new program. “So where a traditional combat medic treats an amputated limb with a tourniquet and hemostatic gauze, our protocol opts for a healing-hands reiki session followed by some cleansing herbs.”

“It’s a more integrative approach,” he said. “After all, what’s really more important: stopping massive blood loss and preventing shock, or curing a devastating disruption of a soldier’s chi?”

None of this was true, of course. The piece was just another marvelous spoof from the Duffel Blog, a satirical humor site dedicated to skewering all things military, as noted in their disclaimer: