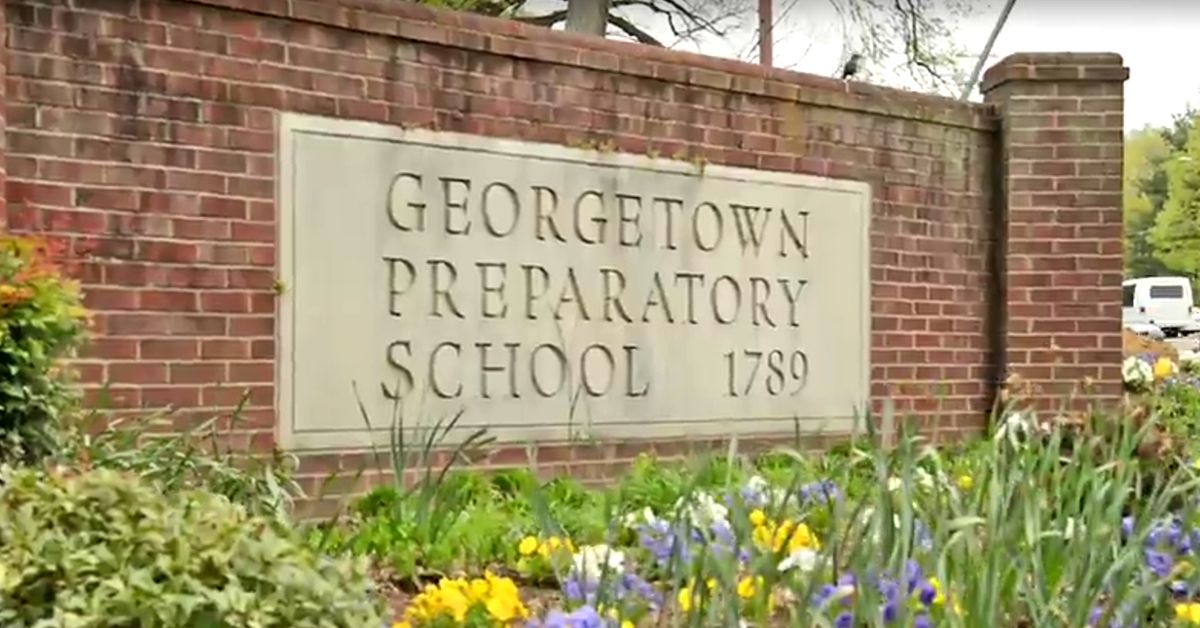 On 1 February 2017, the Daily Mail's Alana Goodman published an article reporting that Supreme Court nominee Neil Gorsuch had "founded and led" a "Fascism Forever" club at Georgetown Preparatory School in the 1980s:

The club was set up to rally against the ‘left-wing tendencies’ of his professors while attending a Jesuit all-boys preparatory high school near Washington D.C.

The name may be inconvenient for a Supreme Court nominee facing a tough confirmation battle. However it also shows the depth of Gorscuch’s [sic] right-wing credentials — and his penchant for mischief while attending his exclusive prep school in the 1980s ... Gorsuch founded the ‘Fascism Forever Club’ during his freshman year at Georgetown Preparatory School, a now-$30,000-a-year private Jesuit school that is one of the most selective in the United States.

The Daily Mail's report appeared to have been based on nothing more than a few references to a ‘Fascism Forever Club’ that appeared among several other obviously humorous entries in Gorsuch's senior yearbook from Georgetown Preparatory School:

The article included no quotes from Gorsuch, or from any classmates, teachers, faculty, or representatives of Georgetown Preparatory School, verifying that such a club actually existed — nor did the article include any indication that its writer had even attempted to contact any of those parties, or undertaken any effort at all to confirm that the ‘Fascism Forever Club’ yearbook references were anything more than a high school in-joke.

We made those inquiries to verify whether a "Fascism Forever" club operated in or around Georgetown Preparatory School in 1985, and Georgetown director of communications Patrick Coyle told us that “no such club ever existed" at the school.

America magazine made similar inquiries and reported that the references to the "Fascism Forever" club in the Georgetown yearbook were just a joke:

In the 1980s, students at the D.C.-area boarding school spent the minutes before student government meetings hashing out the political debates of the day.

Mr. Gorsuch ... participated in the informal debates, where he was routinely teased, accused of being “a conservative fascist.” No shrinking violet, he would shoot back, taking on the liberal ethos of the school and even arguing with religion teachers about the liberal theological trends in vogue at the time.

Political differences aside, Mr. Gorsuch was popular and respected, excelling at debate and being elected student body president.

When it came time to write his senior biography for the yearbook, he would make light of the divide between his conservative political beliefs and those of the more liberal faculty and students.

[Gorsuch] wrote that he founded and led the “Fascism Forever Club,” though those with knowledge of the school back in the 1980s say there was no such club. The mention of it in the yearbook was a tongue-in-cheek attempt to poke fun at liberal peers who teased him about his fierce conservatism.

It was “a total joke,” said Steve Ochs, a history teacher at Georgetown Prep who was the student government advisor during Mr. Gorsuch’s junior and senior years at the Bethesda, Md., school.

“There was no club at a Jesuit school about young fascists,” he told America. “The students would create fictitious clubs; they would have fictitious activities. They were all inside jokes on their senior pages.”