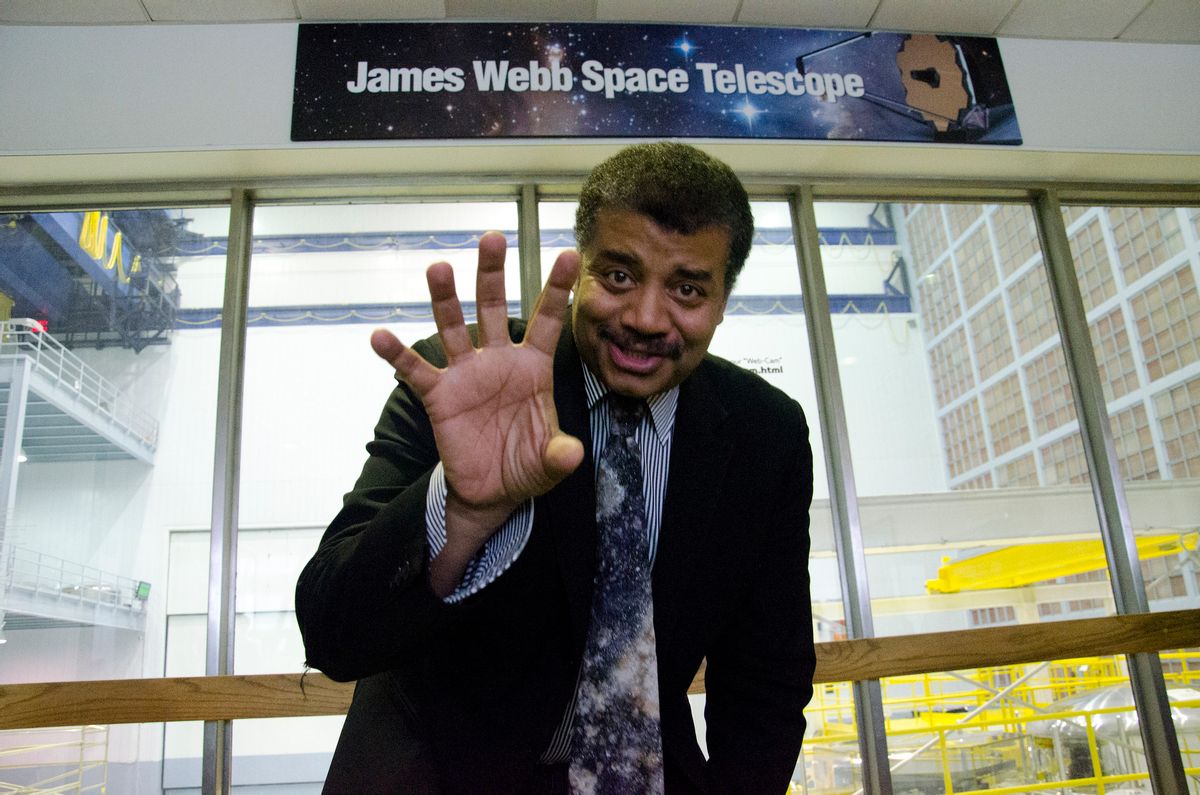 On 24 August, 2016, a Twitter account called "SciencePorn" (which mostly publishes interesting and amusing stories about science) posted the following joke:

First woman on the Moon:

"Houston, we have a problem."
What?
"Never mind"
What's the problem?
"Nothing"
Please tell us?
"I'm fine"

The joke went over about as well as could be expected, considering that it was made amidst an ongoing discussion about how relatively few women there are working in various science and technology fields.  A Twitter account that at first glance appeared to be that of prominent astrophysicist Dr. Neil deGrasse Tyson pushed back against the joke:

The tweets quickly went viral, with many commending Dr. Tyson on his direct approach.  However, these tweets didn't originate from the real Neil deGrasse Tyson, but from a fake account set up to — in its creators's own words — gently parody the astrophysicist:

Okay, so: I started this account to gently parody a man I deeply respect. But this? This is just dead flat wrong. https://t.co/jGLP5Jx6qn

I bring the science, whether you wanted it or not. (98% confident I'm not actually @neiltyson)