A satirical article about a Navy Destroyer colliding with a building during Hurricane Harvey was mistaken for real news. 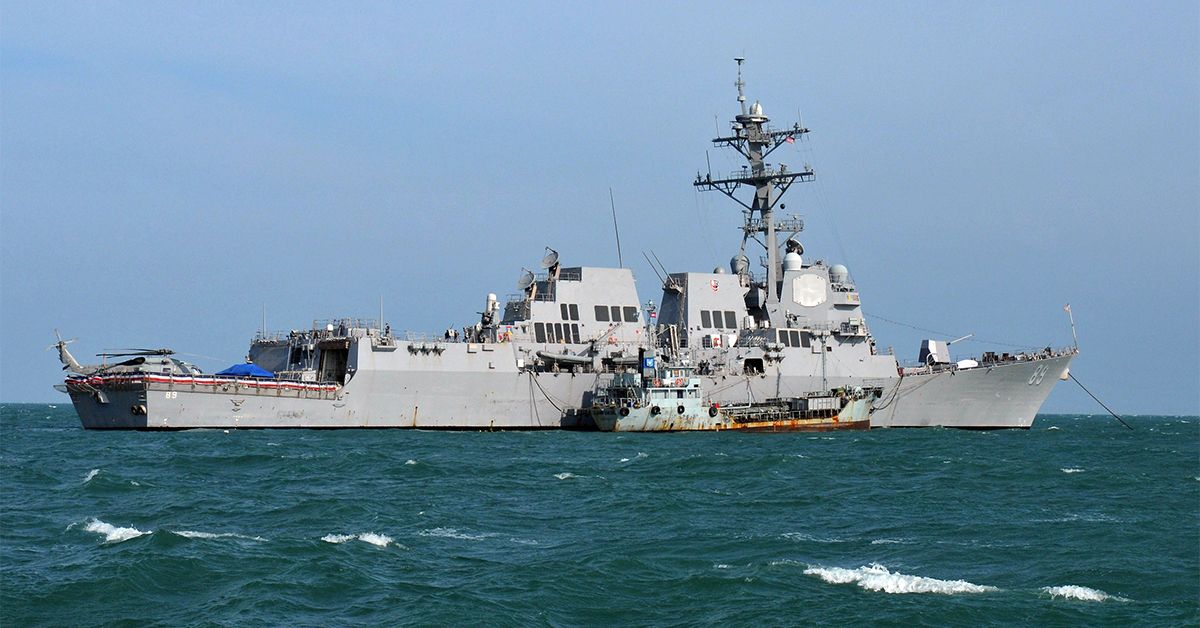 Claim:
A Navy Destroyer crashed into a building in downtown Houston after Hurricane Harvey flooded the city in August 2017.
Rating:

The military satire web site The Duffel Blog published an article on 29 August 2017 which claimed that a Navy Destroyer had crashed into a building in downtown Houston after the city was flooded during Hurricane Harvey:

As if the city of Houston hasn’t seen enough tragedy due to catastrophic flooding from Hurricane Harvey, things took a turn for the worse today after a U.S. Navy ship collided with a building in the downtown area.

The ship was identified as an Arleigh Burke-class destroyer belonging to the Navy’s 7th Fleet.

It was unclear why the destroyer was not able to see the building and take evasive action, or why it was over 20 miles inland and trying to navigate through a major metropolitan area.

The featured photograph that accompanied the story is, unsurprisingly, fake. The real image was published in 2015 and showed flood waters (sans Navy ship) approaching downtown Houston. Here is the real image and the doctored one that Duffel Blog used side by side:

The ship featured in the doctored image, the USS Mustin was not deployed in the Gulf of Mexico during Hurricane Harvey. The ship was stationed more than 6,000 miles away off the coast of Yokosuka, Japan in August 2017.