Did a U.S. Ship Really Display This Message?

A photograph appears to show the words "FUCK IRAQ" displayed on the deck of a U.S. aircraft carrier. 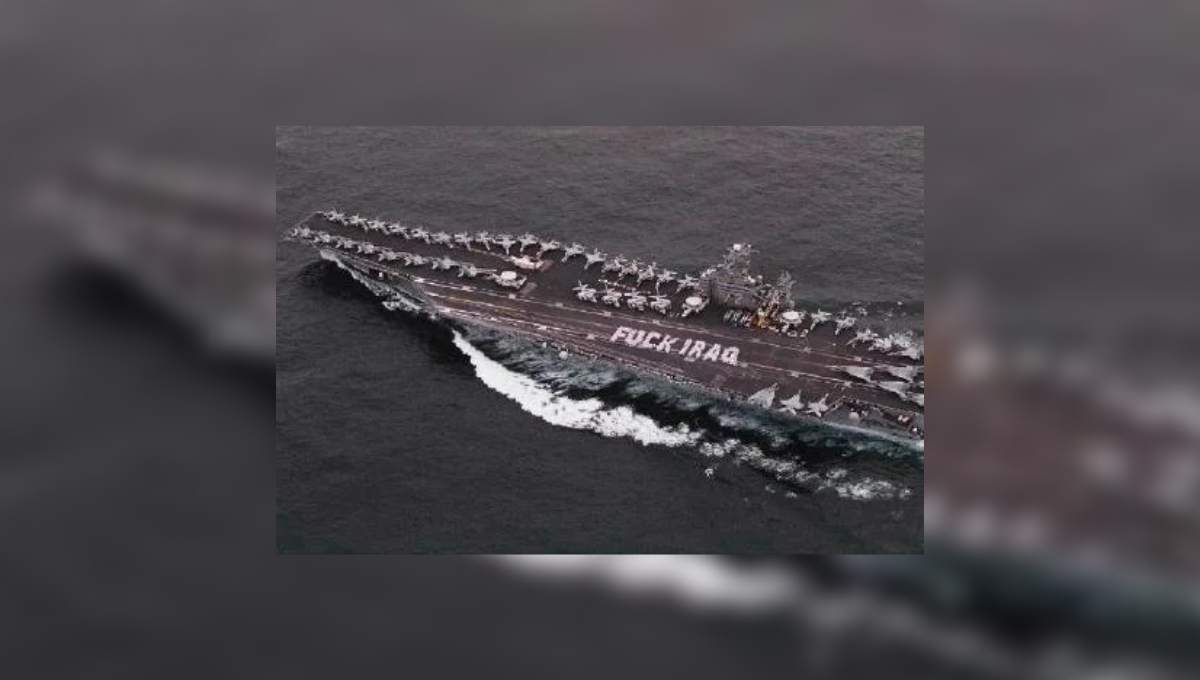 Claim:
Photograph shows sailors spelling out the words 'FUCK IRAQ' on the deck of a carrier.
Rating:

This picture is reminiscent of another aircraft carrier image that caused a bit of a stir in the fall of 2001, an Associated Press photograph showing a bomb with the words "HIGH JACK THIS FAGS" written on it. This image, of sailors spelling out the words "FUCK IRAQ" on the deck on an aircraft carrier, is not genuine, however.

A visit to the NavSource archives reveals a similar picture and an explanation of the message the crew of the USS Abraham Lincoln were really communicating that day:

Sep. 11, 2002 - Responding to President Bush's admonition to "Be Ready," Sailors on the 4½-acre flight deck of USS Abraham Lincoln (CVN 72) spell out their response as the carrier, her embarked Carrier Air Wing Fourteen (CVW 14) and her Battle Group report on station to support Operation Enduring Freedom. The Abraham Lincoln Battle Group would relieve the USS George Washington Battle Group, which was scheduled to return to Norfolk, Va., shortly afterwards.