A private company that runs concessions at Shenandoah National Park in Virginia has been selling the President's branded wines. 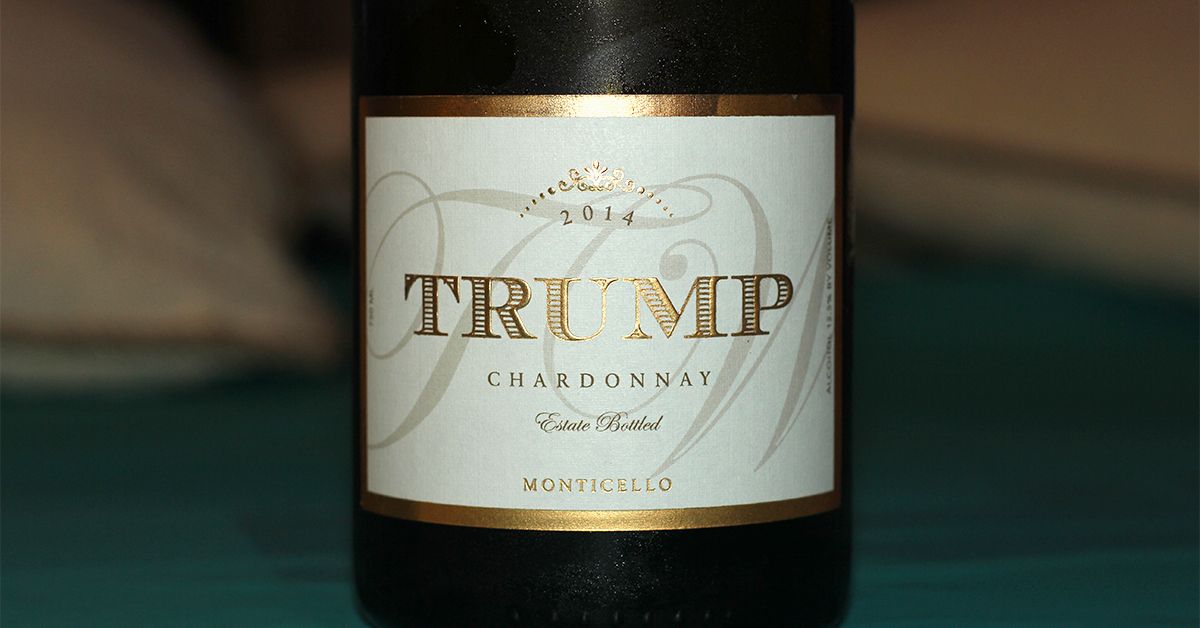 Trump Winery beverages have been sold at a gift shop at Shenandoah National Park.

The wines have been sold by a private company contracted by the National Park Service, not by the federal government, and came from stock purchased before Trump became president.

On 21 November 2017, the energy and environment-oriented publication E&E News reported that Trump-branded wines were being sold at a gift shop in Virginia's Shenandoah National Park. Bill Snape, a lawyer representing an environmental organization that is suing President Donald Trump, had tipped off the publication about the situation:

Looking for some Trump wine for the holiday?

Head no farther than Shenandoah National Park, where you can pick it up at the Skyland Resort.

That's according to Bill Snape, senior counsel at the Center for Biological Diversity, who wants to get to the bottom of why it's sold there.

Although it's true that Trump Winery products were being sold at a gift shop located at a national park in Virginia, the store is operated by Delaware North, a private company under contract to provide "lodging, food and beverage, retail services and activities" to park visitors. Furthermore, according to Delaware North spokeswoman Victoria Hong, the company had been selling wines produced by that particular vineyard since before the Trump Winery acquired it:

At Shenandoah National Park we offer wines from several different Virginia vintners. Because they are locally produced, we had also offered wines from the Trump Winery and its predecessor, Kluge Estate, prior to September. This was only at Shenandoah, where it is a local product, and not at any other parks. The National Park Service did not request or require us to carry it.

Donald Trump purchased the winery, which is located in Charlottesville, Virginia, from Patricia Kluge in 2011. Trump's middle son, Eric, is currently the company's president. Bill Snape, an attorney with the environmental group Center for Biological Diversity told The Hill that he felt the wine sales at the park "absolutely" raised conflict of interest concerns. However, Mark Leach, a manager for the Delaware North stores at Shenandoah told that publication that save for a purchase of rosé in late Spring 2017, the company hasn't acquired any more Trump wine to sell since 2016 because they want to stay out of politics.

But the controversy over Trump-branded wine's placement in government-related shops, regardless of how long it's been sold there or why, drives concerns about various ethics issues that have plagued President Trump, who is a businessman with a multitude of real estate and commercial deals branded with his name. President Trump is being sued by multiple parties over allegations of conflicts of interest and violations of the Emoluments Clause of the U.S. Constitution, which bars U.S. lawmakers from receiving foreign gifts.