The National Park Service has not denied all demonstration permits through March 2017 in an effort to block the Million Women March (or other protests). 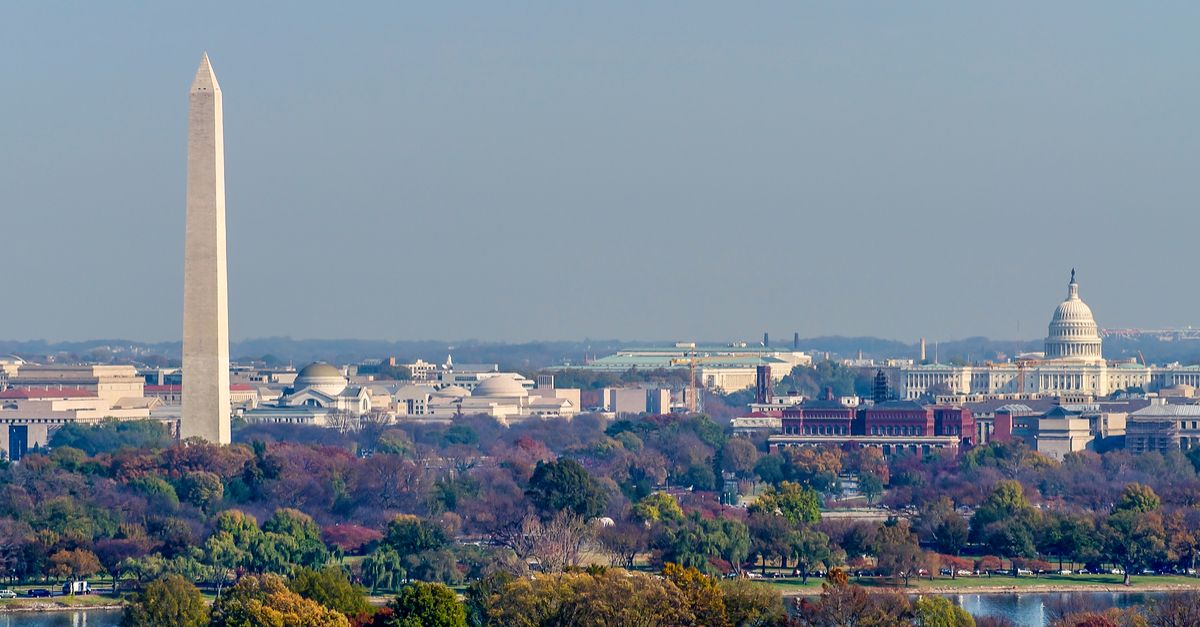 Claim:
The National Park Service specifically blocked the Million Women March as well as all other demonstrations through March 2017.
Rating:

The National Park Service (NPS) reserved space for the 20 January 2017 inauguration nearly one year before the event and more than six months prior to the election.

No specific group has been blocked from protesting; nothing is stopping the marches from planning their gatherings in areas not reserved for the inauguration.

On 9 December 2016, a Daily Kos diarist set off a firestorm of controversy when the site posted a claim that the National Park Service filed paperwork specifically to block a "Million Women March" against President-elect Donald Trump planned for 21 January 2017:

Apparently the incoming Administration is a tad concerned that there may be one or two people who wish to express a negative opinion about the way they are conducting themselves.

The National Park Service has filed an “omnibus blocking permit” on behalf of the Presidential Inaugural Committee in order to protect delicate Republicon fee fees on this point.

As a result, no protests will be allowed anywhere on the National Mall, Pennsylvania Avenue, the Washington Monument, or the Lincoln Memorial several weeks before and after the January 20 [2017] inauguration.

This is clearly aimed at squashing the Million Women March/Women’s March on Washington planned for January 21 [2017], as well as a counter-inaugural planned on January 20 [2017] itself, and any other nascent protest plans by folks who might want to point out that the would-be emperor has no clothes.

Daily Kos sourced its claims to an 8 December 2016 Guardian piece which presented the conflict in a slightly different light:

But banning access to public land for protesters days after the inauguration is “extremely unique”, she said in a press conference held by the Answer [Act Now to Stop War and End Racism] Coalition.

“It hasn’t come up in any way previously, where you’ve had a groundswell of people trying to have access on the Saturday, January 21, and thousands of people want to come, and the government is saying we won’t give you a permit,” she said.

“What they’ve done is take all of these spaces out of action,” she said, many of which, the Answer Coalition noted in its press release, are “historic spaces for dissent”.

It’s partly a practical issue. Inauguration bleachers and viewing stands started being erected on 1 November and it will take until 1 March to completely clear the major public spaces from all of the inauguration works, said Mike Litterst, spokesman for the NPS.

On 8 December 2016, the Answer Coalition issued a press release accusing the NPS of censoring protests (as well as creating a "fake news" distraction prior to the dispute). However, according to a 9 December 2016 Washington Post article, the NPS applied for "sweeping" permits more than a year before any inauguration (and well before the November general election):

The Park Service, as a matter of standard practice, applies on behalf of the committee for the sweeping permits a year in advance, according to Mike Litterst, a Park Service spokesman. The committee then typically relinquishes some of them, allowing demonstrators to secure their permits.

The permits are doled out on a first-come, first-served basis. Trump’s Presidential Inaugural Committee hasn’t technically been issued any permits yet, but it’s at the front of the line to receive them. The committee, according to Litterst, has not yet rescinded any of the permits and does not have a deadline for deciding.

Alex Stroman, a spokesman for the Presidential Inaugural Committee, a private entity, said the group is still figuring out its plans for inauguration and has not yet made any decisions about which pieces of land it will use.

According to reports, paperwork obtained by Answer Coalition supported the NPS's statement; permits were obtained well before and had nothing to do with the results of the 2016 general election:

The park service reserved the spaces nearly a year ago, according to the agency's permit application obtained by [Answer Coalition's attorneys]. The practical effect has been to empower Trump's inaugural committee to decide what happens on the land and who gets to use it, Verheyden-Hilliard said.

On 9 December 2016, the National Park Service released a statement on social media indicating that attempts were underway to accommodate the protests. In that statement, NPS noted that the permits were filed well before the election (and thus well before the Million Women March was planned), adding that permits may still be granted based on the space required for the inauguration:

]The National Park Service continues to work with the Gathering for Justice (also commonly referred to as the Women’s March on Washington) and has identified locations where the group can hold its event on January 21. The National Park Service has not denied their permit to use the Lincoln Memorial and will continue to work with all of those who have permit requests pending for that space on January 21.

The Lincoln Memorial may not be available for additional permitted events on January 21 because the Presidential Inaugural Committee (PIC) and the American Constitution Society put in permits for that space before the Gathering for Justice group. When there is a conflict of time and location for events on the National Mall, precedence is established by the order in which the permit application was received. The PIC may choose to release the Lincoln Memorial space on January 21, and if that happens, the space could be made available for other permits.

It is the longstanding practice of the National Park Service to create an application on behalf of the PIC in advance of the inauguration, in order to start the complex planning process for inauguration.

No information suggests that this was an effort to quash demonstrations or dissent, or that groups planning protests were blocked from locations other than those regularly reserved by the NPS as part of routine inauguration planning.

Stein, Perry.   "None Of The Inauguration Protests Have Their Proper Permits Yet. Here’s Why."     Washington Post.   9 December 2016.

National Parks Service.   "Statement Regarding Permits On The National Mall In Washington, DC During The Inauguration."     9 December 2016.